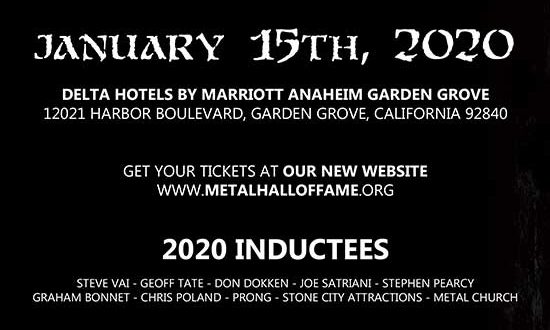 SGL Entertainment along with Dark Star Records SONY are pleased to announce that they will be Launching the World Premiere of the Metal Hall of Fame 2020 on AMAZON PRIME MOVIES.

SGL Entertainment will be releasing the METAL HALL OF FAME 2020 on AMAZON PRIME MOVIES early next year reaching more than 100 million subscribers, followed up by a Blu-ray, DVD and VOD Release later in the fall.

For Tickets and Info go to: