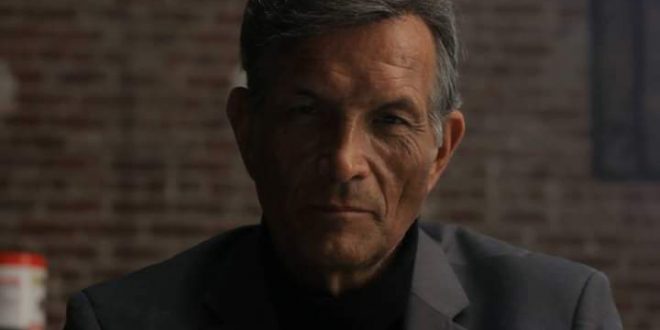 Actor, producer, stuntman and 70mm camera operator Douglas Dunning will be starring with George Lazenby (On Her Majesty’s Secret Service, 1969) in Z Dead End, a new zombie film unlike any before it. The film is written and to be directed by Robert Resto (The Brain Hunter, 2013). Shooting is scheduled to begin in Connecticut in November. This is one to anticipate in 2021!

From the IMDB.com description:

The date is July 4th, 2015 – and it’s the end of the world. Without any warning, bodies begin dropping from the sky, colliding with the ground, only to rise once more. The bodies are swiftly determined to be zombies, and they’ve invaded Earth. No one knows why the zombies have arrived, except for a mysterious little girl named Emily. As humanity continues to fall at the hands of these monsters, a few people are determined to survive the invasion. Officer Betsy Milford (Felissa Rose) is the first to encounter the little girl as she fends off zombies to protect Emily, only for the girl to eerily flee from her. Against the odds, strippers Kara and Mindy escape their club, while a lonely Bicker Blaze (Robert LaSardo) slashes down as many zombies as he can. As these survivors brave the invasion, they suddenly meet four black suit government agents who will change the course of their existence.

One Harry Potter Actor Likes Not Being Recognized Nearly A Decade After The Final Film
What’s New on Amazon Prime Video in November 2020: Uncle Frank, Steve McQueen’sSmall Axe, Community_, and More
Kristen Bell to Lead Netflix Murder Mystery The Woman in the House
Ex-NFL Star Dana Stubblefield Sentenced to 15 Years to Life in Prison for Rape
TUNE IN: Midnight Pulp Gores up for Halloween