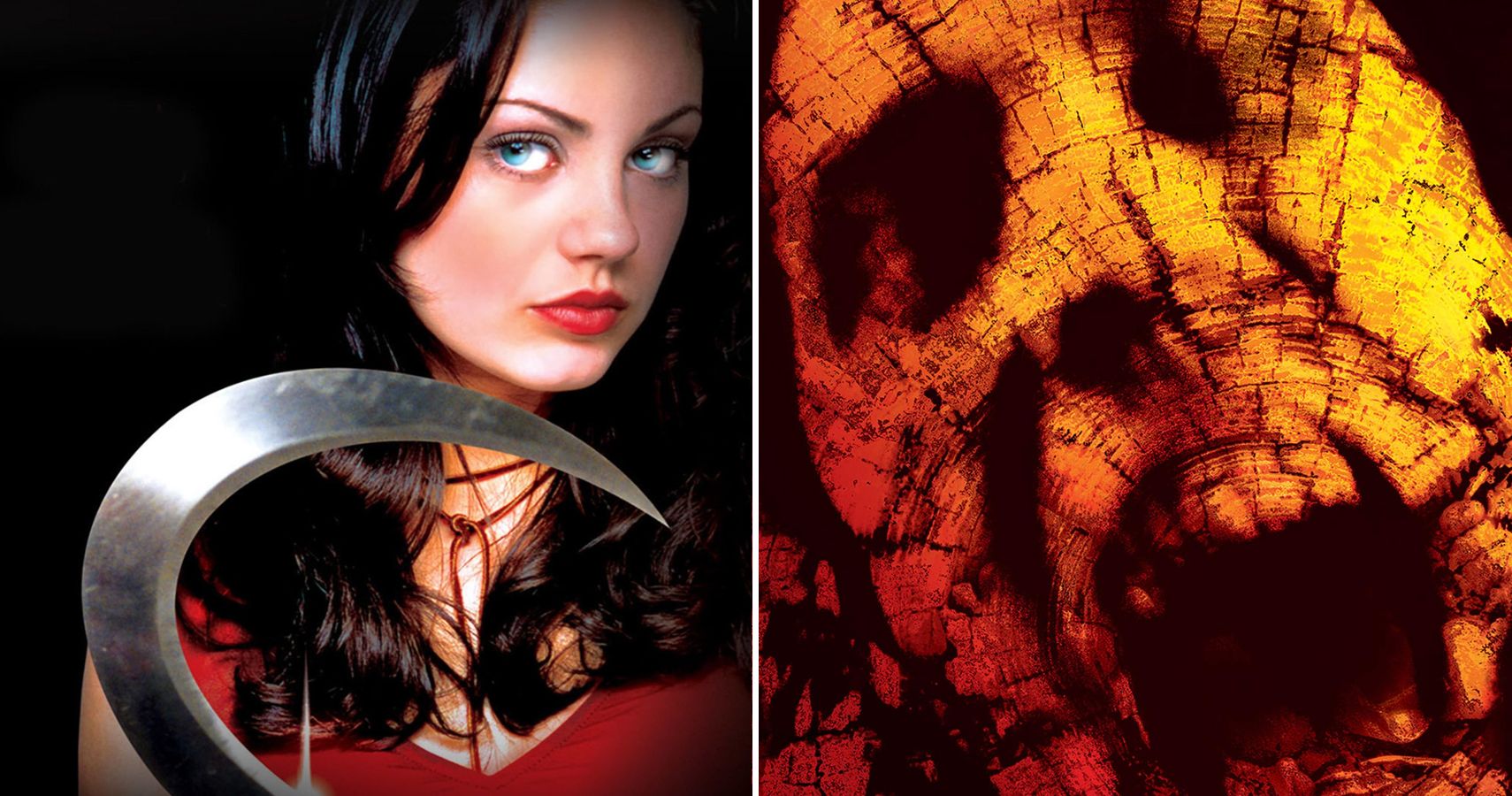 The sequel is a contentious avenue to take in film. The default opinion is the original movie is always better. More cases than not, that’s an irrefutable truth. No genre produces more sequels than horror, though. It’s just good business.

But what about those sequels that we forget even existed? You know the ones. You used to see them during your strolls up and down the horror section at the video store. Well, get your “Wait, this is a thing?” faces ready because we’re about to totally shock you. Just below are ten horror sequels that we completely forgot existed.

RELATED: 5 Of Blumhouse’s Best Movies (And 5 We’d Rather Forget)

On his return from Iraq, Captain Ted Cogan is haunted by uncomfortable visions of another man being burnt alive. The government is of no help so he seeks out a psychic. He’s then told the only way to stop these visions is to help the burning man right a grave injustice.

Other than the name, this movie has only a small connection to the underrated Kevin Bacon ghost story released in 1999. The son from the first film is all grown up now — with a new actor, mind you — and he plays the psychic who helps Rob Lowe’s character. Even as a standalone, The Homecoming is a complete bore.

While visiting Romania with his class, Charley’s ex-girlfriend Amy is targeted by an alluring female vampire named Gerri. It’s now up to Charley and his friend “Evil” Ed to save Amy before she becomes a vampire herself.

The 2011 remake of Fright Night was well received by audiences and critics alike, but this rushed sequel is actually a remake of a remake. The entire cast has been replaced, and characters who died in the previous movie are still alive in New Blood. Despite the confusion, this new take is better than expected. A more serious tone and high production values elevate it above other so-so horror sequels.

Julia is babysitting two kids in a strange house one night when she receives an unexpected visitor. A man claims his car has broken down nearby, and he needs Julia to call for help. She tries to, but the phone is dead. From that point onward, the stranger outside plays a deadly game with the babysitter. Years later, Julia’s stalker has returned. A college adviser who suffered a similar situation then helps Julia through this difficult time.

When a Stranger Calls boasts one of the best opening sequences in a horror movie. Unfortunately, the other two acts are duds. Director Fred Walton redeemed himself with this overall superior made-for-cable sequel that gives more agency to Jill, the tormented babysitter from the 1979 film.

RELATED: The 10 Best Horror Movie Remakes According To IMDb

Taking place at the same time as the events from the first Quarantine, an airport is under siege by a contagion originating in rats. Those infected are now turned rabid and violent. The remaining passengers and staff at the quarantined airport fight to escape before they, too, are turned.

Quarantine is a serviceable remake of Spanish found-footage zombie horror [REC]. It was more or less a faithful localization with some notable changes. However, its sequel is made from an original script, and has no resemblance to [REC]². It’s also not a found-footage movie. So while Quarantine 2: Terminal isn’t as effective as its predecessor, it’s a watchable time waster.

A pathologist autopsies a peer who died under mysterious circumstances. He then comes across the infamous video tape that supposedly curses its viewers. Now, the man is haunted by the vengeful ghost Sadako Yamamura.

Hideo Nakata’s revolutionary 1998 movie The Ring was released simultaneously with a sequel called Spiral — originally Rasen — in Japan. Though the films shared actors and staff members, the latter was written and directed by George Iida. The Ring became a hit, whereas Spiral flopped. A new sequel called The Ring 2 directed by Nakata then replaced Spiral as the official sequel. Spiral didn’t fare well in any regard, but it’s notable for taking a left field approach to the Sadako saga.

On the Fourth of July in a small mountain town, a group of friends plays a prank during a carnival. One of them dresses as the notorious “Fisherman” killer that everyone writes off as an urban legend. However, the prank leads to someone’s death. This forces the friend to make a pact and never tell anyone they were involved. One year later, someone hunts them down after sending messages saying, “I know what you did last summer.”

The second sequel to the successful, post-Scream teen slasher I Know What You Did Last Summer is an original outing for the most part. It follows a different set of offenders who make a horrible mistake. There is a sizable difference in this sequel, but it can’t be discussed without spoiling the ending.

RELATED: 10 Things Scream Does Better Than I Know What You Did Last Summer (& Vice Versa)

In Boogeyman 2, siblings traumatized by their parents’ murder relive their childhood fear when the sister is stalked while staying in a mental health hospital. Then in Boogeyman 3, a college university is under attack by a malevolent entity.

Believe it or not, the sequels to the humdrum 2005 movie Boogeyman are relatively entertaining. Not to say they are considerably good in the grand scheme, but they work better on the whole. The second entry is overly reliant on slasher traditions, and the final film is more directly tied to the original.

A couple and a friend of theirs all check into a seedy motel for a night’s rest after driving across the country. What they don’t realize is they are being watched by the staff, who has recording equipment set up in the rooms. Their aim, however, becomes more than just perverted. It’s now fatal.

Set three years before the events of the first thriller starring Kate Beckinsale and Luke Owens, this straight-to-video sequel is overtly sleazier. It’s not outright bad, though. Especially if you happen to enjoy dimly lit, cat-and-mouse games with a mean streak.

RELATED: 10 Thrillers That Hitchcock Would’ve Been Proud Of

When she was younger, Rachael watched as serial killer Patrick Bateman murdered her babysitter. Now as a college student, Rachael acts on her own homicidal desires as she studies criminology.

If you ever think the world doesn’t need an American Psycho sequel starring Mila Kunis, then you thought wrong. In truth, this was never meant to be a sequel to American Psycho. Mary Harron’s adaptation of Bret Easton Ellis’ book was a masterpiece in satirical horror. What we have here is a forced connection between two completely different works. American Psycho II: All American Girl was a retooling of a script called “The Girl Who Wouldn’t Die”; Patrick Bateman was worked in, despite the outcome of the original movie. The final product is a bizarre black comedy co-starring William Shatner.

A group of people obsessed with The Blair Witch Project sets off for the Black Hills Forest, where the original movie was shot. While there, they succumb to a supernatural force that alters their perceptions.

If there is one sequel that polarizes viewers, it has to be the unusual sequel to the original Blair Witch Project. The film is a dramatic shift because it abandoned the found-footage style that made the first movie so groundbreaking. It’s also entirely self-aware. Based on its own merits, though, Book of Shadows is a tripped out, cinematic non sequitur of a film. It doesn’t undo the impact of the mainstay. Yet it offers a distinct approach to the same story.

NEXT: 10 Found-Footage Horror Movies You’ve Probably Never Seen (But Should)