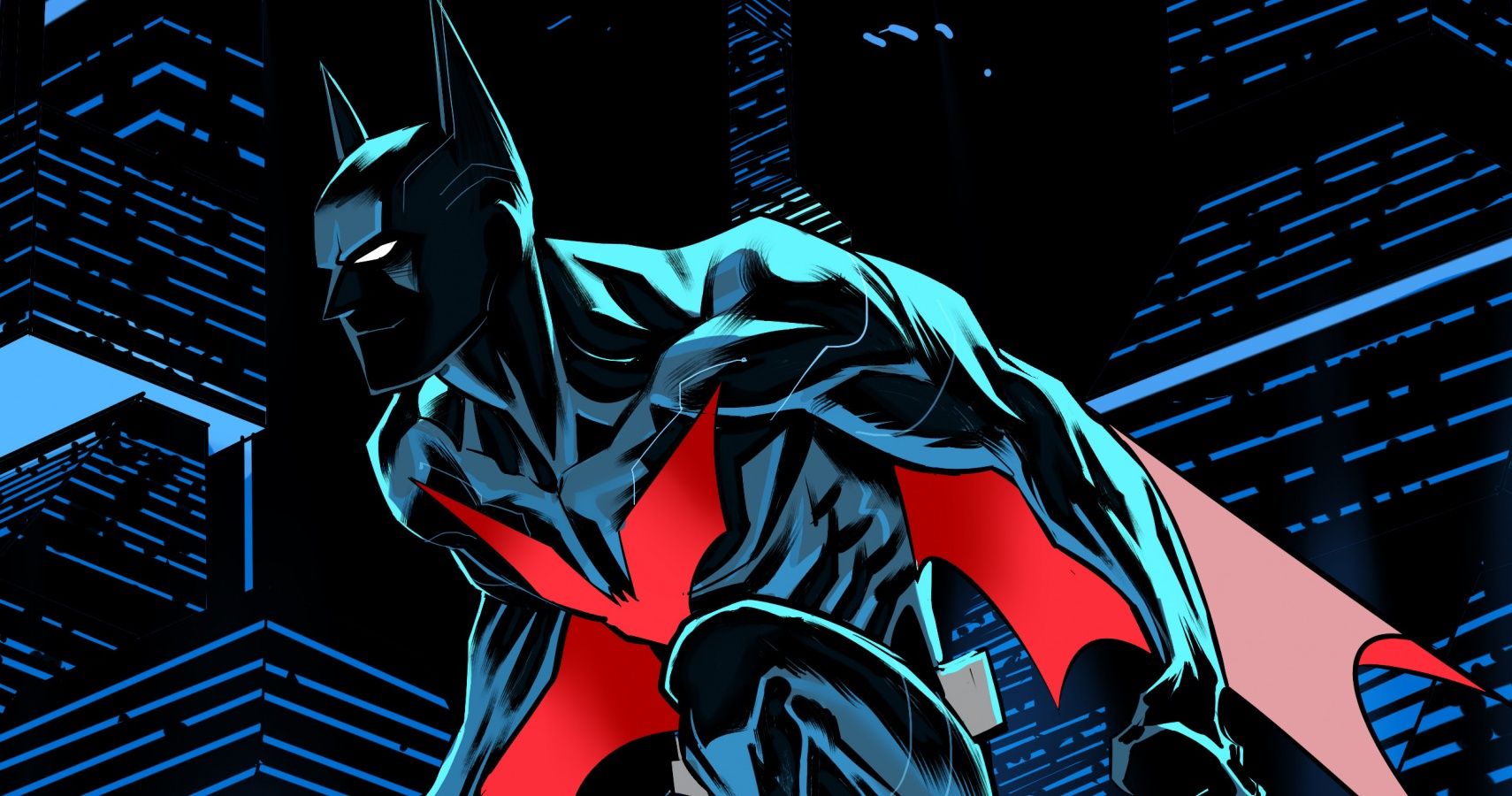 It is surely challenging to create a character that dons the same mantle as Batman, arguably one of the most iconic comic book characters. There have been several Robins, Nightwings, and Batgirls but it’s the vigilante from the future, Terry McGinnis who succeeded Batman. Created and designed by Bruce Timm, this new Batman ditched the cape and instead dons a techno-suit with a red bat insignia and glider wings. And as comic geeks would know, this incarnation of Batman was a TV creation, introduced in the animated series Batman Beyond that has now garnered a cult status.

RELATED: Every Batman TV Shows Ranked, According To IMDB

Batman Beyond has led to various fan art from all over. This list counts down 10 of them that are absolutely heroic masterpieces.

10 A Literal Bat by Xin Wang

Artist Xin Wang gave an animalistic touch to the character by giving Terry real bat-like features. The extended cowl, talons, and ears give his costume a mythical touch that runs in contrast with the usual futuristic, gadget-heavy costume.

The veined details on the costume and the mask further make it seem similar to Todd McFarlane’s Spawn, while some might see an influence of Batman’s nemesis Man-Bat on the design.

A sketch in black and white, this piece looks like a draft for a comic book cover. Batman is surrounded by bats while an aging Bruce Wayne is featured in the background with an ominous skull figure that closely resembles Black Mask.

RELATED: DCEU: 10 Reasons Why We Need a Batman Beyond Movie

The wrinkly, old Bruce Wayne eerily looks like actor Clint Eastwood. Maybe, Garry Brown did indeed model his muse on the actor as he was once considered to play the character in a Batman Beyond live-action film!

Illustrator Diego Roselli creates an eye-catching poster, playing around hues of black and red as the moon shines behind the hero. The features of the usually skinny or proportionate Terry are replaced with a bulky upper torso and muscular arms.

7 Protector of the City by Joel Gomez

This detailed artwork is the epitome of Batman and his relationship with his city. Gotham is a grim world seething with industry and crime under a dark crime crimson sky. Batman hovers over it like the watchful protector he is.

As Batman Beyond is set in the future, one can see certain cyberpunk elements like Japanese signboards, surveillance drones, and flying cars. Artist Joel Gomez, who no longer has an active account, could have used classic neon colors for these cyberpunk elements but he instead chose to keep it plain to go along with the dark themes of the Batman universe, giving the futuristic city a noir makeover.

6 Batmen and a Batdog by Tim Odland

Here, Tim Odland brings together the Batman family, complete with Bruce Wayne and Ace, the Bat Dog. Although Ace has been featured in several Batman comics, it’s on Batman Beyond that he truly gets to shine, saving the day in a few episodes. Often cheery, the canine seems to be in a raging mood here.

The artwork additionally features Terry McGinnis in both his off-costume and Batman look. Also, DC seems to have an obsession with cleft chins. Superman, Batman, and now, even the new Batman seem to have a cleft.

This fan art shows a scenario that many fans crave. A Batman Beyond movie with Michael Keaton returning as Bruce Wayne. Michael Keaton’s Batman might seem a bit campy for modern viewers but he still carried the brooding charm of the caped crusader well enough to influence future interpretations.

Some viewers of Tim Burton’s original films did feel that the actor made a better Bruce Wayne than Batman; an argument that would further justify a future Batman film with him as the aging millionaire and retired vigilante. With Keaton still relevant in the acting game, it would be exciting to see him train and team up with Terry McGinnis.

4 Look Beyond by Rahul Nejraoui

Carrying on the desire for a movie adaptation, this concept art by Rahul Nejaroui makes for a perfect teaser poster for a film that never got made. The Batman costume looks realistic and seems to be in the same vein as Christopher Nolan’s Dark Knight trilogy.

The neon Japanese signs in the back also fit perfectly with Gotham’s dingy, urban setting. The bat symbol on his chest would probably be changed in case of cinematic treatment, as the same costume design has been followed in CW’s recent series Batwoman.

Although this illustration has been reblogged and reposted on various sites, the artist behind it still remains anonymous. A bare-chested Terry McGinnis (with the bat symbol probably tattooed on his chest) displaying his athletic chiseled upper body and handling some sophisticated tech controls, everything about this is perfect.

If one would look closely, they are bound to get a Marvel vibe from it. Of course, the motion sensors being controlled by Terry’s fingers seem to resemble Iron Man aka Tony Stark’s technology. Then it would be a far cry to compare it but there’s a supposed bat symbol on the right side of the screen that looks like a simplified version of Iron Fists’ dragon tattoo.

This rendition of the character places more emphasis on the muscular features of Batman outlined in his costume rather than any technical armor or suit. Crouching from a building, he seems to be overseeing his city at night just like his predecessor. His hands are shaped like talons that would make it easier for him to climb buildings.

The color scheme of the costume involves a dark bluish shade with red; the same color scheme as another futuristic hero, Spider-Man 2099. Hence, it’s not surprising that artist Dan Mora created a similar image like this one featuring Spider-Man too.

1 ‘I Miss Being Batman’ by Dan Hipp

Here’s an artist, Dan Hipp, who has worked with the art direction of Teen Titans Go. So, he does add a bizarrely funny take to whatever he creates. In this Batman Beyond fan art, Terry seems to be looking a bit tired and frustrated while pouncing at the Joker (although his pointy nose seems to be like that of Penguin’s).

In the background, Bruce gloomily looks at the scene saying that he misses being Batman! It’s a different take for Batman as he seems to have greenish eyes and his teeth are visible too. Although it’s his ferociously sharp hands that most people would seem to focus on.

NEXT: 10 Reasons Why We Hope Robert Pattinson Will Be Batman Beyond’s Terry McGinnis

Next
Which Christopher Nolan Character Are You Based On Your Zodiac Sign?

Based in Delhi, India, Shaurya Thapa is a Third World boy writing on First World pop culture. He’s into freelance journalism, hip-hop, and engaging in critical analyses over films and TV of varied genres.