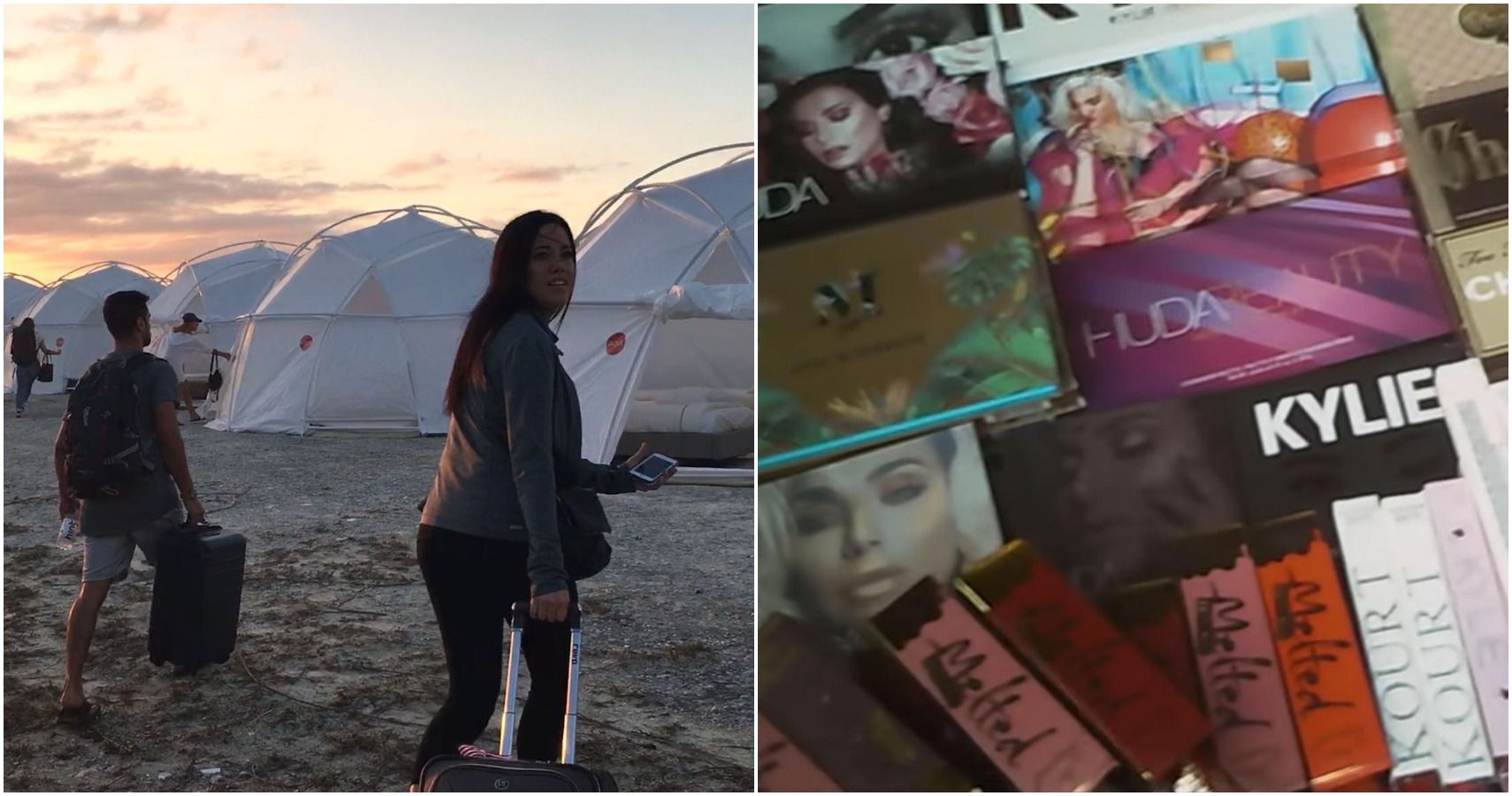 Although watching something fictional is always fun, there are times when we’re just in the mood to watch something real and learn about something new. That’s when a documentary can be a good choice to turn on and settle in with a bowl of buttery, warm popcorn. There are a ton of documentaries out there that cover just about every topic you might want to watch. Lately, a lot of the ones that have been released or have gotten popular are true crime-based. Those are definitely popular for a reason, but sometimes, you’re just not in the mood to watch a documentary about a missing person or something similar.

Related: 10 Documentaries To Watch After Finishing Don’t F*** With Cats

Luckily for anyone who isn’t in the true crime mood, but still wants to settle in and stream a good documentary on Netflix, there are quite a few others on the streaming service that cover a wide variety of other topics. From science to music and some seriously unusual mysteries, there are all kinds of documentaries on Netflix.

To see 10 documentaries you can stream on Netflix right now (that aren’t true crime!), keep reading!

100 Humans is a docuseries that began airing in 2020 on Netflix. This Netflix original series brought together 100 different people from completely diverse cultural backgrounds, each of who has their own thoughts and life experiences that have helped to craft the way they see the world around them.

The series asks a series of questions and has each of these 100 people give their answers and it shows the way that people think differently about different topics and, sometimes, the way that we’re all the same, despite our differences. The series is definitely a fun and interesting one for people that like social documentaries.

14 The Toys That Made Us

Just about everyone grew up playing with a toy of some kind. Different toys have risen and fallen from popularity over the years, but there are some toys that have stayed popular and on the shelves of stores and hands of children for decades.

The Toys That Made Us is a documentary series that began airing in 2017 on Netflix. This series has three seasons and follows the rise (and even sometimes the fall!) of different super popular toys and franchises. From toys that we all grew up with and totally forgot about to iconic characters that just don’t seem to lose their popularity, this series is a fun and nostalgic look at the way certain toys have shaped our lives.

Paris Is Burning was released in 1990 and despite being 30 years old, this documentary is still a really popular one. This documentary follows the super unique culture of drag performers living in New York City in the 1980s.

The series follows different “houses” of drag performers that come together to create costumes and compete in elaborate balls. Along with showing this side of the culture, the documentary also takes a look at the lives of these performers outside of their houses, including the problems they often face with being shunned socially for various reasons.

Ugly Delicious is a Netflix original docuseries that stars award-winning chef David Chang. Chang is joined by a variety of different artists, comedians, activists, and writers as he travels around the world in order to find the best of the best when it comes to food in various different cultures.

Each episode of the series focuses on a single dish or method of cooking and shows the way that it’s evolved over time and the way that different cultural influences have impacted the food. The series takes Chang out of the kitchen and to the less-polished world of cultural dishes around the globe.

11 Abstract: The Art of Design

Abstract: The Art of Design is a docuseries that began airing on Netflix in 2017. The series is an interesting one for anyone that likes to know more about how designers create products and design the things that we use and look at every day.

The series follows a variety of different designers and each episode highlights one of them and the work they do. The episodes range from architecture to interior design and even costume design. These are items that many of us use or see every day and not many people think about the work that goes into designing them to be functional and aesthetically pleasing, so this docuseries is definitely an interesting one.

10 ReMastered: Devil at the Crossroads

ReMastered: Devil at the Crossroads was released in 2019 and is about blues musician Robert Johnson. Johnson rose to fame in the 1930s and has been hugely influential in the world of music since then. This documentary takes a look at the mysterious life of this famous guitarist and is under an hour long, so it’s perfect to quickly watch in an evening.

The title of this documentary comes from a myth that surrounded Johnson’s life. According to this myth, the reason that Johnson became so massively famous is because he met with the devil at a rural crossroads in Mississippi and sold his soul in exchange for fame and fortune. Is that true? This documentary reveals that the truth of his life may be stranger than that story.

Explained is a series of documentaries on Netflix that cover a variety of different topics. There are two seasons that were produced with Netflix by Vox. Along with the main Explained series, the show also spawned two miniseries that each focus on a single topic and explore them for a number of episodes.

The series is based on Vox’s YouTube series by the same name and follows a similar format. Some of the topics that Explained has taken a look at and helped the viewer understand include K-Pop, gene editing, tattoos, cults, and pirates. With such a wide variety of topics, you’re bound to find something you want to learn more about.

Losing your memory is definitely something that scares a lot of people and for good reason. Forgetting who you are, where you come from, and the people that you know is terrifying, but it’s the reality for a lot of people for a variety of reasons. In the documentary Tell Me Who I Am, Alex is in an accident that causes him to lose his memory. Luckily, his twin brother Marcus is there to help him remember their lives before the accident. Unfortunately, Marcus is hiding a dark family secret from his brother.

This documentary is one that tackles some really dark topics and anyone interested in watching it that might be sensitive to these topics may want to look up the story before they dive in. But for people that like dark documentaries that really go deep into sensitive topics, this one is worth a watch.

When planning a trip somewhere, many people choose a destination that will help them to relax or immerse themselves in a different culture and generally have a good time. But for some people, going on vacation doesn’t mean trying new food or lounging on the beach, it means going somewhere with a dark history or other kind of unnerving reputation.

Dark Tourist is a docuseries that follows exactly those people. In this series, a journalist named David Farrier travels to different dark destinations around the world and investigates the location and the reasons that people choose to travel there. From a voodoo festival to an extreme haunted house, these destinations are not for the faint of heart.

Rotten began airing on Netflix in 2018 and there are currently two seasons on the streaming service. This series follows the production of different foods and will change the way you look at the things you eat forever. Each episode of Rotten takes one type of food and does an investigation into the production and any problems that come up during that process.

Some of the foods that have been covered on Rotten include bottled water, chocolate, and garlic. The series raises problems and questions with common foods that many people would have never thought about and is definitely a thought-provoking docuseries.

5 Jack Of All Trades

Jack of All Trades is a sports-based documentary that also has a heartwarming family subplot. This documentary follows the world of collectible baseball cards, but also follows a complicated family relationship in a surprising, but welcome, subplot.

Anyone who has been into sports for a while will know that in the 90s, there was a massive surge in the popularity of baseball cards and some of them became worth a ton of money. This documentary follows that boom and the eventual series of events that lead to the downfall in popularity and value of even the most sought-after cards.

Broken is a documentary series that began airing in 2019 and is a great choice for anyone that prefers social documentaries. This series has a variety of episodes, so viewers can pick and choose the ones that seem the most interesting or just sit back and binge the whole series.

This docuseries follows product marketing and the deceit or negligence that can lead to some major issues with consumers. From knockoff makeup that may contain harmful chemicals to plastic that companies claim to be recyclable when it’s not, this documentary covers a variety of products.

3 Jim & Andy: The Great Beyond

A lot of actors get really into the characters they play. When Jim Carrey starred in the movie Man on the Moon, he became one of those actors by staying in character as Andy Kaufman basically the entire time.

Bathtubs Over Broadway is a great documentary for anyone that loves musicals. This quirky, heartfelt documentary takes a look into the world of industrial musicals that were put on by major companies during the 1950s through the 1970s for the employees of these companies.

It’s a world of musicals that not a lot of people even knew existed. It’s weird to imagine companies like McDonald’s and Ford putting on major productions for their employees, but this documentary dives into the history of these productions and even shows rare recordings of them.

Fyre is one of two documentaries that were created about Fyre Festival, a music festival that was supposed to take place in 2017 before the event went wrong and was blasted all over social media. Hulu created a similar documentary and while many people claim that viewers should watch both, this is the only one available on Netflix.

The documentary follows the planning that went into Fyre Festival, how everything went wrong with the event, and the aftermath of the event. This documentary was co-produced by Jerry Media, the social media firm that helped to promote Fyre Festival.

Next: Netflix’s The Circle: 10 Reality Shows To Watch While Waiting For Season 2

Next
Dungeons and Dragons: 5 Most Bad Ass Classes (& The 5 Weakest)