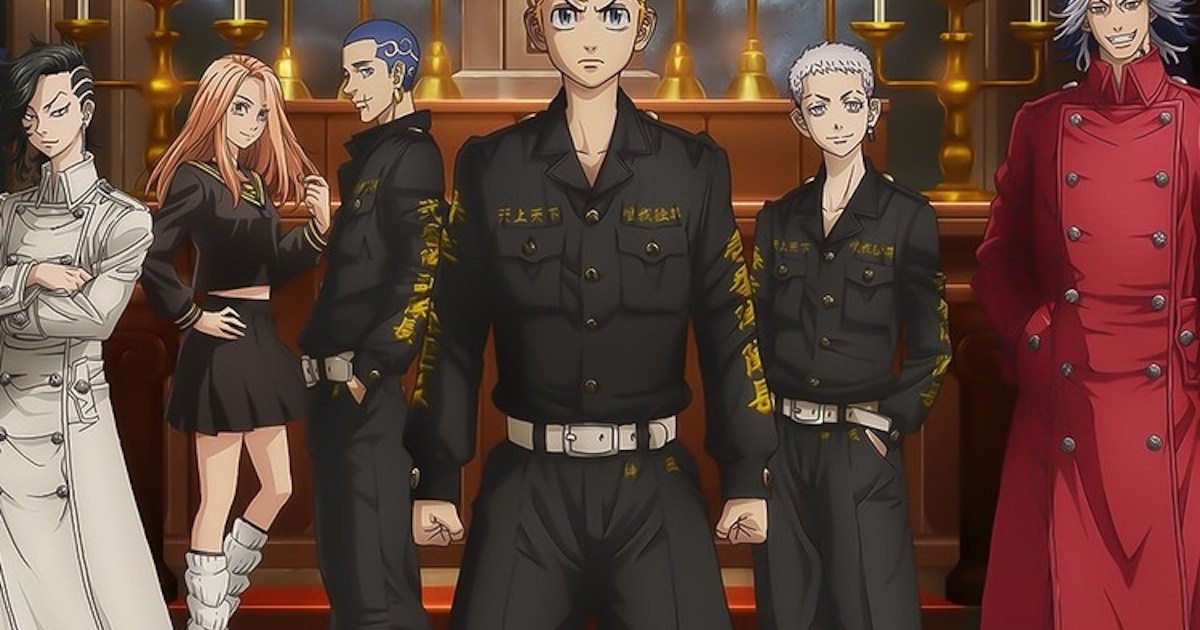 After much anticipation, the sophomore season of Tokyo Revengers is finally here. Takemichi — or Takemitchy, if you prefer — Hanagaki is back with some new adventures in time thanks to his peculiar superpowers that allow him to relive part of his life. Season 1 of the appreciated anime focused on Takemichi’s attempts to save Hinata Tachibana, his only love interest, from a violent death by changing the past and taking over the Tokyo Manji Gang.

Here’s a list of must-watch anime if you are a fan of Tokyo Revengers.

Like Tokyo Revengers‘ Takemichi, Eikichi Onizuka is a 22-year-old virgin looking to become a man finally. The titular hero of Great Teacher Onizuka is a former biker gang member who does a 180 and starts working as a teacher in a middle school. Considering his background, his teaching methods are unorthodox — to say the least — yet very effective. Based on the work of the same name by Tooru Fujisawa, Great Teacher Onizuka was adapted by Pierrot into a 43-installment series that first aired from June 30, 1999, to September 24, 2000. Great Teacher Onizuka was pretty popular in Japan both as a manga and an anime, thanks to its charismatic protagonist.

Time traveling to prevent something wrong from happening is a leitmotif in shonen anime. In Erased, Satoru Fujinuma has a peculiar power called “Revival,” every time he’s in danger, he can go back a few minutes in time, relive the situation and save the day. When he returns home and finds his mother assassinated, he is inadvertently transported back to elementary school. His mission is not only to save his mother’s life but also to stop a murderer from killing three children. The Erased English voice cast includes Ben Diskin as Satoru, Stephanie Sheh as Kayo, Sara Cravens as Sachiko, and Cherami Leigh as Airi, among others.

Speaking of time traveling, what if some scientists invented a sort of time machine that can send objects back in time? More than that, it can even send e-mails in the past that can alter history. Steins: Gate features 24 episodes that originally aired from April 6, 2011, to September 14, 2011. Planned as an adaptation of the visual novel of the same name, Steins: Gate was positively received and is still considered one of the best anime of the 2010s.

What makes Tokyo Revengers a thrilling watch is its action-packed sequences of gang members clashing with each other for power in never-ending fist-fights. Gantz follows the story of two high school students, Kei Kurono and Masaru Kato, who, after their sudden death, become two hitmen serving a mysterious character called Gantz. The only way to get their lives back is to execute and survive all the missions Gantz will assign them. Audiences related to the anime based on the seinen manga of the same name by Hiroya Oku not only thanks to its gore action but also to its compelling story and likable characters.

In the 1950s, a group of delinquents needs to survive the challenges of a special reform school and its sadistic doctor, Gisuke Sasaki. Without revealing too much about the plot, let’s just say Sasaki often has too much interest in those troubled kids he is appointed to deal with and reform. The 26-episode anime deals with gang culture, but there is much more than that. Rainbow: Nisha Rokubō no Shichinin aired from April 6, 2010, to September 28, 2010.