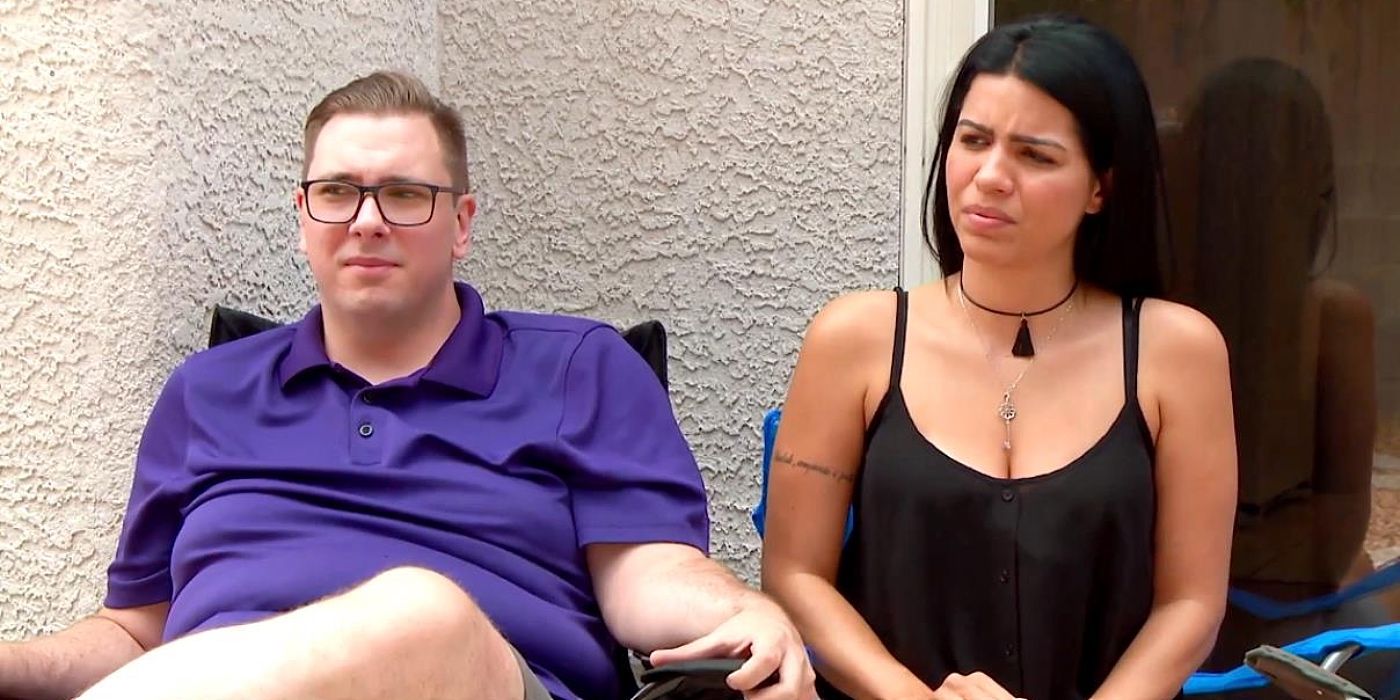 90 Day Fiancé: Happily Ever After? fans are surprised that Colt can get away with cheating on girlfriends who are out of his league. Colt does not show remorse for doing what he wants to do… even if it takes a little lying.

Throughout season 4 of 90 Day Fiancé: Happily Ever After?, Colt Johnson and Larissa Dos Santos Lima were one of the most unpredictable 90 Day Fiancé couples. Larissa made headlines consistently for attacking Colt at his home during their heated arguments, which happened to be about his penchant for very grown-up forms of entertainment. Those fights took place in front of his mother, Debbie. Colt never seemed to care about his foreign bride. He often talked down to her and attempted to manipulate her. While Larissa was no angel, it looked like she was stuck dealing with Colt if she wanted a shot at living the American dream.

TLC viewers can’t comprehend how Colt obtains the attention of women who are totally out of his league. The reality star has an innate ability to attract ridicule from the 90 Day Fiancé fan base. The Las Vegas native claims that he is working on Colt 2.0. Viewers have also taken issue with how and what the reality star eats. For example, they don’t think pizza Lunchables as a sandwich is the best choice.

The reality star also has an issue with social cues. During the season premiere, fans watched awkwardly while he asked Jess Caroline back to his room to have sex by saying, “Would you like to come back to my hotel room so that we can probably have sex?” However, the main turnoff to women would be the fact that he is a self-proclaimed mama’s boy. His mother, Debbie, still drives him to work every day and cleans up after him. So, how does a man of this caliber get a free pass to cheat on the beautiful women he ends up in relationships with? Well, deep pockets could help. Fans all know that Colt is frugal and refuses to spend money unless he absolutely must. Colt works at Konami Gamin as a software engineer and makes around $115,000 annually, so he can afford the air conditioning in his car.

During Sunday’s episode, Colt dropped a bomb. He revealed that he has, in fact, been giving money to his new girlfriend, Jess Caroline. Fans will also recall that he made promises to Larissa about paying for her cosmetic surgeries, but then used it against her. The TLC star revealed to his mother that he had paid for her plane ticket back to Brazil for Jess, leaving them speechless. Fans of TLC just can’t wrap their minds around why a woman would want to date a cheap, controlling, mama’s boy when they most likely can find someone much better.

Next: 90 Day Fiance: Michael Feels He May Need to Take On A Second Wife

90 Day Fiancé: Happily Ever After? airs Sundays at 8pm EST on TLC.