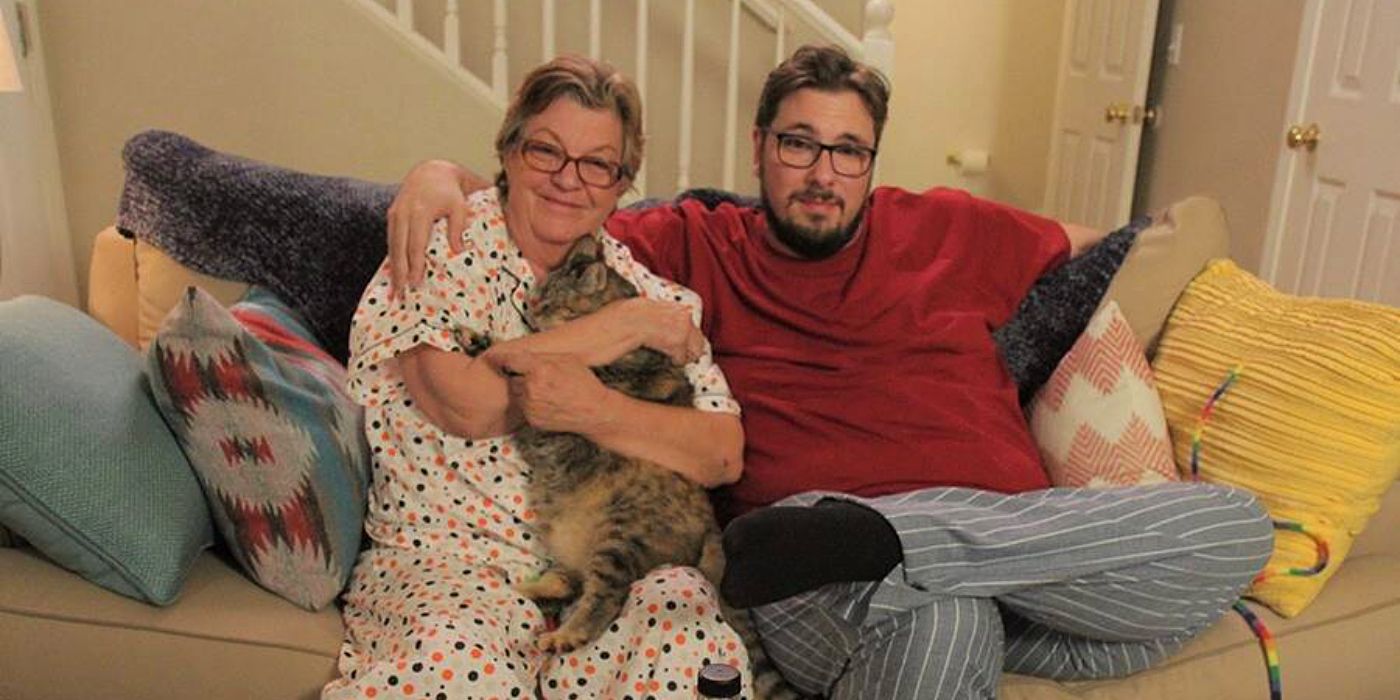 90 Day Fiancé: Larissa’s ex-Boyfriend Eric Nichols makes a statement to ex-girlfriend by posting pictures of him having dinner with her ex-husband Colt Johnson and ex-mother-in-law Debbie Johnson. Just days after Larissa broke up with Eric via social media, the two exes have a nice dinner together cooked by none other than Debbie.

Colt and Larissa appeared on season 4 of 90 Day Fiancé: Happily Ever After?, where they were one of the most unpredictable couples of the show. Larissa has made the news consistently for reportedly attacking Johnson at his home during their heated arguments, which have taken place in front of his mother, Debbie. Larissa clashed with her mother-in-law constantly, often getting in scream-outs while Colt looked on, not understanding why his mother and his wife couldn’t co-exist in the same house. During their season, Johnson and Larissa went through their third arrest for domestic violence that ultimately led the couple getting a divorce. Just after, she began dating Eric, and the beginning of their relationship was even featured on the finale of 90 Day Fiancé: Happily Ever After?, where Eric and Larissa then video chatted with Colt during the reunion, and the two men were very hostile toward each other. After eight months of dating, Larissa announced her break-up with Eric last week on social media.

Nichols claimed that Larissa broke up with him via Instagram. He said they had an argument about an upcoming trip to Colorado that Larissa claimed she was never invited to. Eric then claimed that she had blocked him from all social media. Larissa then revealed that after hearing of the split with Eric, her ex-husband, Colt had made an attempt to reach out to her. The attempt at reconciliation soured as Johnson became hostile to Larissa, as she posted screenshots of Johnson’s texts where he called her a “dumb broad,” then back-pedaled by saying that he cared about her. She told him it was the last time she would ever talk to Colt. Her ex-husband then took Eric’s side, wishing him luck post-breakup. Now that both men have been burned by Larissa, they attempted a final dig at their ex. The two men who reside in Las Vegas, Nevada, have decided to get together for dinner and document it all. Colt, Eric, and Debbie each posted pictures on their Instagram of them having a nice dinner together, which have all since been deleted, the screenshots of it (via @90dayfiancenews) can be seen below.

The pictures show Larissa’s exes with their arms around each other’s shoulders, Eric bringing Colt and his mother Debbie some flowers, as well as Eric playing on Debbie’s infamous slot machine - the one that Larissa and her fought about many times while they lived together. Colt then captioned the series of pictures, “Guess who’s coming to dinner?” Then he mocked Larissa’s Brazillian accent, where she has a tendency of putting “e” at the end of a word, by writing, ”My new bff, Eric (with a C).” He continued, “Turns out we have a lot in common. It’s great learning more and more things.” He then tagged Eric and his mom, Debbie, and hashtagged it, “#ColteeAndEricee” In Debbie’s post of the evening, she thanked Eric for the flowers and said she was glad he enjoyed the slot machine and her home-cooked meal.

It seems Larissa is unphased by the dinner her exes had with one and other, as she hasn’t responded to any of it. As awkward as the situation is to have an ex-husband and ex-boyfriend getting together, it seems they were trying to get a rise out of her. Who knows, maybe Colt and Eric now have new BFF’s out of the deal. Fans can watch Colt and Debbie on 90 Day Fiancé spin-off, Pillow Talk.