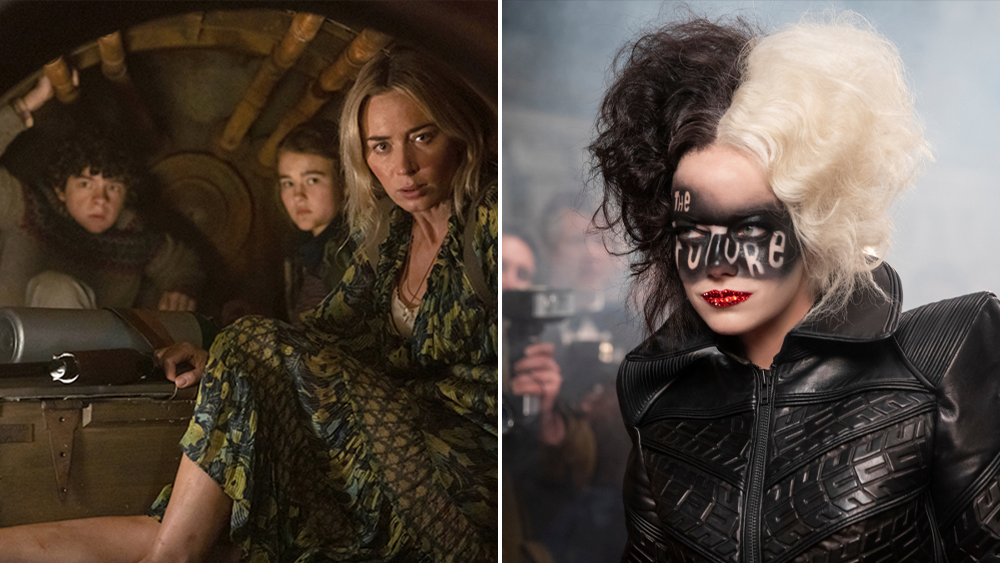 After being delayed 15 months no thanks to the pandemic, Paramount’s A Quiet Place Part II, directed by John Krasinski, finally hit the screen last night making $4.8M. That’s an amazing start: The first A Quiet Place back in April 2018 had Thursday night previews of $4.3M.

A Quiet Place Part II, which reteams Krasinski with his wife Emily Blunt, is booked at 3,700 theaters and playing in Imax, Dolby and PLF. Previews began at 5PM yesterday.  Paramount is hoping for a 4-day that’s north of $30M. Cruella is playing at 3,892 sites and is expected to do around $17M, though rival studios are seeing a much higher figure.

Paramount is arguably the first studio to begin reporting Thursday night preview figures. Many studios have shied away from doing so, even as exhibition has returned, given the fact that numbers haven’t been so robust. However, this weekend marks the start of summer with a consistent supply of product. A Quiet Place Part II‘s top theaters came from Los Angeles, Salt Lake City, New York, Phoenix, El Paso, Austin, Pharr TX, Albuquerque, Fresno, and Dallas.

In regards to the biggest opening day at the B.O. since late March 2020 when the pandemic began, that belongs to the Warner Bros./HBO Max release of Legendary’s Godzilla vs. Kong which grossed $9.6M at 2,409 theaters or $3,980 per location. That monster movie went on to post a 3-day of $31.6M and 5-day of $48.1M, and it’s the best start we’ve seen during Covid. New Line/HBO Max’s Mortal Kombat ranks as the second best opening day and weekend during the pandemic respectively with $9M and $23.3M.

We’ll have more updates for you as they come.