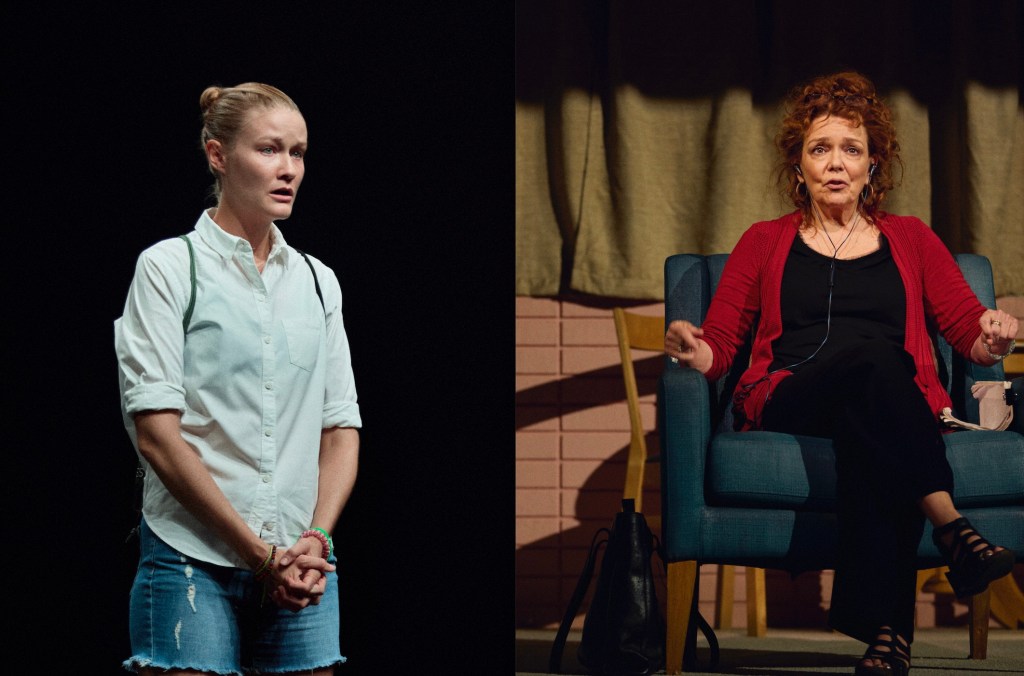 The critically acclaimed Broadway plays Is This A Room and Dana H. have been given two-week reprieves by ticket-buyers: Recently-announced early closing dates have been rescinded due to increased demand.

Instead of closing Nov. 14, both shows will play through most of the month. Tina Satter’s Is This A Room, starring Emily Davis as whistleblower Reality Winner, will now play through the Saturday, Nov. 27 matinee. Lucas Hnath’s Dana H. starring Deirdre O’Connell will run through the Sunday Nov. 28 matinee.

The surprise announcement was made tonight from the Lyceum’s stage following a sold-out performance of Is This A Room. The extension comes just a week after producers announced that the productions, struggling at the box office and lacking state funding offered to Broadway shows that had started performances prior to the March 2020 shutdown, would close two months before the originally planned Jan. 16 closing dates.

In a statement tonight, producers Sally Horchow, Dori Berinstein and Matt Ross said, “We are completely overwhelmed by the response to our closing announcement. The shows have been playing to the packed houses they deserve and we are so happy to be able to keep this run going for another two weeks. We hope audiences will continue to come out and experience these two extraordinary plays for themselves.”

The plays push the boundaries of Broadway in both substance (each is based on a true story and uses the actual words of the real-life subjects) and presentation (the unusual alternating performance schedule). The plays received near-universal critical raves, and though the experimental natures of the productions raised some eyebrows, the early closings were widely viewed on social media as gloomy news for Broadway’s post-Covid revival.

Is This A Room utilizes the verbatim transcript of the FBI’s interrogation of Winner that lead to her imprisonment for leaking classified documents. In addition to Davis, the cast includes Pete Simpson, Will Cobbs and Becca Blackwell. Satter, who conceived the play, directs.

Dana H. stars O’Connell as Dana Higginbotham, mother of playwright Lucas Hnath, who recounts the horrifying experience of her violent kidnapping by an acquaintance. O’Connell lip-syncs to actual recorded interviews of the real Dana, an unlikely approach that proves both mesmerizing and unsettling. Les Waters directs.