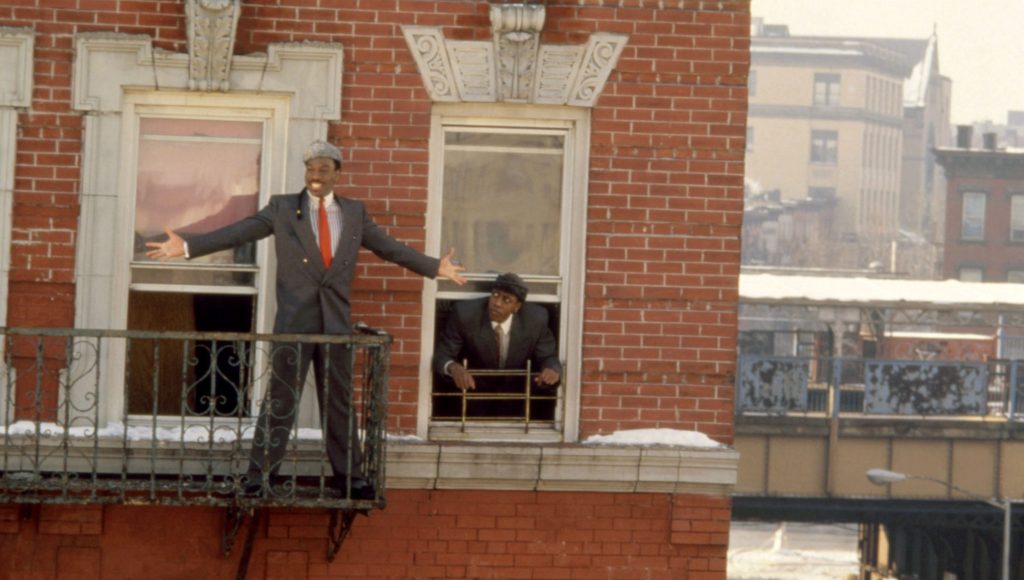 Amazon will release their acquisition of Paramount Pictures’ Eddie Murphy sequel Coming 2 America on March 5, 2021. The movie was originally slated for a Dec. 18 theatrical release before Paramount unloaded the feature to Amazon for $125M in a global rights deal, as we first told you.

It’s another be global pic launch for Amazon on Prime Video under Studio Boss Jennifer Salke in the wake of Borat Subsequent Movie Film which was watched by “tens of millions of viewers” per the streamer in its first weekend. Coming 2 America will be available in over 240 countries and territories.

“Coming to America was a cultural phenomenon that is one of the most loved and celebrated comedies of all time,” said Jennifer Salke, Head of Amazon Studios. “Thanks to Eddie Murphy’s comedic genius along with the brilliant filmmakers, writers and fabulous cast, we couldn’t be more excited to celebrate this new adventure. We know audiences around the world will fall in love with this hilarious, joyful movie that will surely become a timeless favorite.”

“What could be better than a return to Zamunda? We are so excited for Amazon Studios to bring Eddie Murphy and Coming 2 America to a worldwide audience where they can laugh again with characters they have loved for 30 years, and meet new ones that they will love for years to come,” said producer Kevin Misher.

Coming 2 America is directed by Craig Brewer, from Paramount Pictures in association with New Republic Pictures, and produced by Eddie Murphy Productions and Misher Films. The screenplay is written by Kenya Barris, Barry W. Blaustein and David Sheffield, with story by Blaustein, David Sheffield and Justin Kanew, based on characters created by Eddie Murphy. The producers are Misher and Murphy, EPs are Brian Oliver, Bradley Fischer, Valerii An, Barris, Charisse Hewitt-Webster, Michele Imperato Stabile and Andy Berman.

The first movie opened in theaters during the summer of 1988 grossing $288M WW, now ranked as Murphy’s fourth highest grossing live-action movie. Coming to America was translated to over 25 languages around the globe, known in other countries as Un Prince à New York in France, Der Prinz aus Zamunda in Germany, Un Príncipe en Nueva York throughout Latin America, and Il Principe Cerca Moglie in Italy.

Film Review: Broil (2020)
IFWTO Starts Today and You Can Shop These Incredible Indigenous Designers
Sorry to Crush Your Dreams, But Rihanna is Not Starring in the Black Panther Sequel
The Croods A New Age Review: An Eye Popping, Heartwarming Holiday Treasure
Gal Gadot’s Death On The Nile Co-Star Has A Nice Exchange With Star Over Wonder Woman 1984 Release Date Change