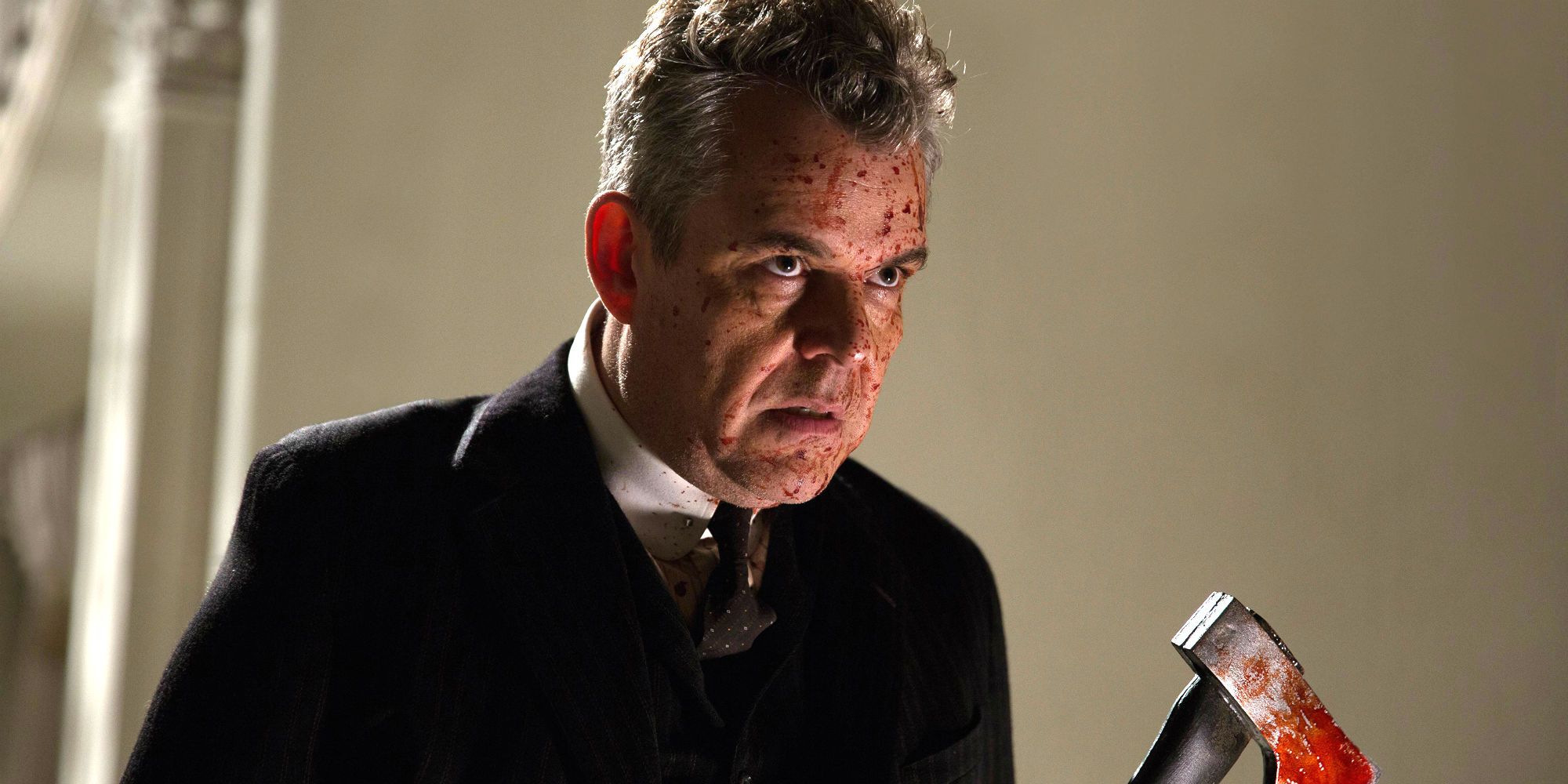 American Horror Story featured a prolific serial killer turned unstable ghost called the Axeman (Danny Huston), and he’s based on a real person. Over the course of its nine seasons on the air so far, FX anthology series American Horror Story has played hosts to all kinds of dastardly villains. In fact, during some seasons, it seems like almost everyone is ultimately villainous in some way. Still, there are certainly degrees of villainy, even in Ryan Murphy and Brad Falchuk’s bizarre world.

The plots of American Horror Story often draw inspiration from real life events, even if those events are often altered considerably or expanded upon beyond the known information. This can be seen through such characters as Freak Show‘s Edward Mordrake, a literally two-faced specter who menaces those who dare perform on Halloween Night. Mordrake was based on a real person that purportedly lived in the nineteenth century and was cursed with a supposedly evil second face on the back of his head. It now seems likely Mordrake never existed, but he still survives as an urban legend, and now as a TV character.

One American Horror Story villain who was definitely very real, at least to an extent, is Coven‘s Axeman. He played a vital supporting role in AHS’ popular third season, and proved to be one of the most memorable additions to Coven‘s large cast. Here’s the Axeman’s real story.

In American Horror Story: Coven, Danny Huston’s Axeman is a serial killer whose murders grip the city of New Orleans with fear in 1919. A jazz musician, the Axeman threatens to continue killing in a letter delivered to and printed in a local newspaper, but says he’ll spare those who play jazz in their homes. The witches of Miss Robichaux’s Academy lure him in by playing opera, then violently stab him to death. This confines his ghost to the school, at least until his spirit is banished from the premises by an incantation. Having regained physical form, the suave Axeman later begins a relationship with Fiona Goode (Jessica Lange), one that ultimately ends badly.

Obviously the Axeman being killed by witches and his time as a homicidal ghost is all the work of American Horror Story‘s writers, but there really was a serial killer dubbed the Axeman of New Orleans, who claimed six victims and injured six more during 1918 and 1919. A letter supposedly written by the Axeman did indeed reach newspapers in real life, threatening to kill anyone not playing jazz, although no axe murders are recorded to have happened that night. The Axeman killed his last known victim on the night of October 27, 1919. While the killings stopped afterward, the Axeman was never caught, and his murders remain unsolved.

Michael Kennedy is an avid movie and TV fan that’s been working for Screen Rant in various capacities since 2014. In that time, Michael has written over 2000 articles for the site, first working solely as a news writer, then later as a senior writer and associate news editor. Most recently, Michael helped launch Screen Rant’s new horror section, and is now the lead staff writer when it comes to all things frightening. A FL native, Michael is passionate about pop culture, and earned an AS degree in film production in 2012. He also loves both Marvel and DC movies, and wishes every superhero fan could just get along. When not writing, Michael enjoys going to concerts, taking in live professional wrestling, and debating pop culture. A long-term member of the Screen Rant family, Michael looks forward to continuing on creating new content for the site for many more years to come.