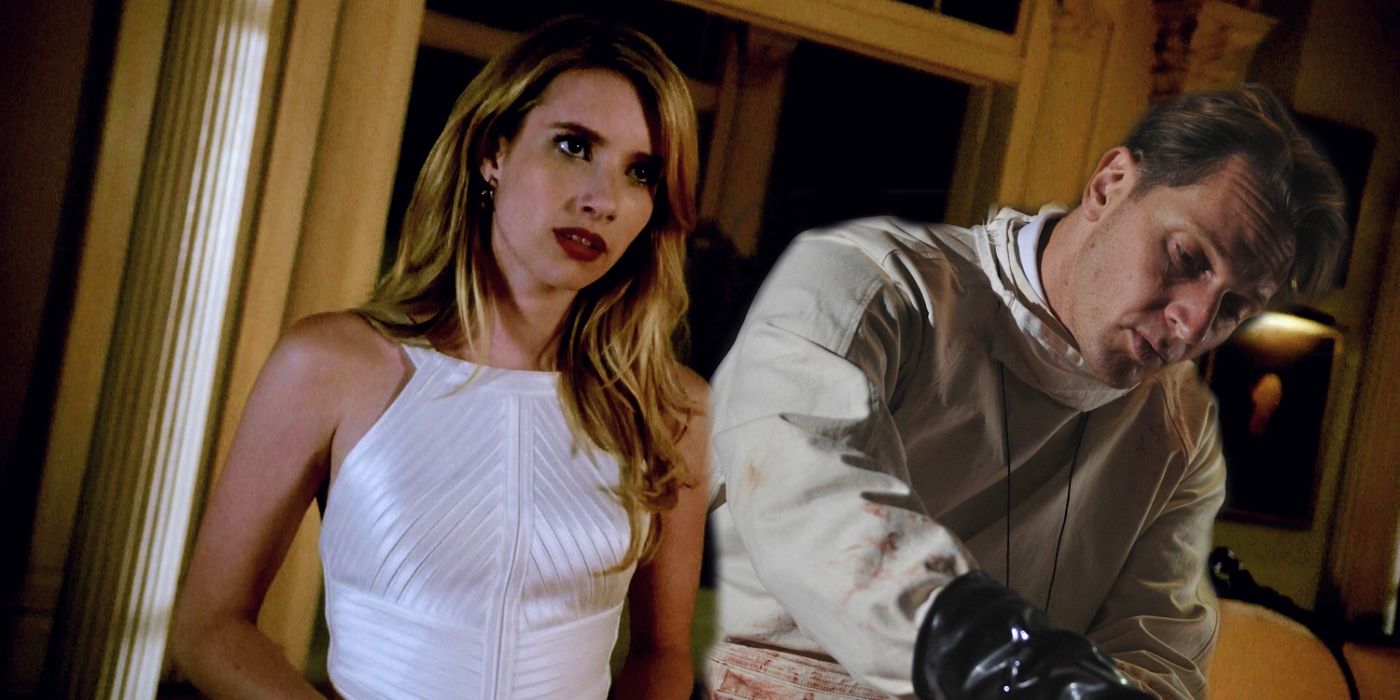 One of many fan theories surrounding American Horror Story involves the man who built Murder House and one of Coven‘s fan-favorite witches, Madison Montgomery (Emma Roberts); the theory suggests that not only are the two related, but Charles could be a warlock.

American Horror Story premiered on FX network in 2011. Ryan Murphy, the show’s creator, has been good about fan interaction through his Instagram, teaser trailers, and even through his willingness to occasionally address – and even confirm – fan theories. Since the show’s inception, there have been clues scattered throughout the seasons regarding what’s to come. Murphy himself confirmed that, while American Horror Story is an anthology and each season has a different theme, the universe itself is all connected. This is the basis for many fan theories; as there are connections in each season – and even was a crossover between season 1 and season 3 – there could be overlap in other ways.

The horror anthology has been renewed through season 13 by FX, and Murphy has also announced a spin-off series, American Horror Stories, which is to be done in the style of standalone anthology series such as Black Mirror. Whether this will be in the same, interconnected universe remains to be seen, as season 10 has been delayed to 2021 due to social distancing requirements and the continuous spread of COVID-19. So far, one of American Horror Story‘s more plausible fan theories has yet to be confirmed, but there is more than enough evidence to make it a real possibility, and perhaps one that could be revisited in the future.

How Charles Montgomery Could Be A Warlock (& Related To Madison)

In season 1, Murder House, Charles Montgomery (Matt Ross) was introduced as the man who built the mansion. A doctor to the stars, Montgomery ended up getting tied up in offering abortions to young women in need, though this got him into trouble when someone abducted his own baby and returned him in pieces on Montgomery’s doorstep. Riddled with grief, he worked tirelessly to put the pieces back together – literally – and bring his son back to life. While reminiscent of Frankenstein, as the resurrected child did become a monster known as the Infantata, the theory suggested that Montgomery was able to bring his son back using necromancy. This would mean that Charles Montgomery is a warlock.

Beyond that, the connection with Madison Montgomery, who was one of the young witches who attended Miss Robichaux’s Academy in season 3, Coven, has many parallels. Madison was an actress, which is a more surface connection, but the two share a last name – this could be coincidence, or perhaps she got into acting because of her familial history. Beyond that, Madison is taken out of purgatory by Michael Langdon, the Antichrist, who is the son of Tate Langdon and Violet Harmon – another direct connection to Murder House – in season 8, Apocalypse, which is a crossover between season 1 and season 3. Madison is specifically chosen to go back to the Murder House in California with Behold (Billy Porter) – a warlock – by her Supreme, Cordelia (Sarah Paulson). While Cordelia might have chosen Madison at random, it’s also possible that Madison was selected to travel to the Murder House because of her family history with the place.

There’s also the fact that Madison brought back Kyle (Evan Peters) in Coven from parts, just like Charles did with his son, Thaddeus. It’s a direct homage to Frankenstein, but also a nod to shared powers, which are known to travel through family lineage, as is the case with Fiona and her daughter, Cordelia, who ends up being the Coven’s Supreme, just like her mother. While this American Horror Story theory hasn’t been confirmed, there’s more than enough evidence to support it as possible, and adds an interesting layer to an already complex series of connections.

Jack Wilhelmi is the horror features editor at Screen Rant, and has been with the site since 2019. He is a lifelong fan of the horror genre, and loves any excuse to discuss genre-related topics, since none of his friends dare challenge him in horror trivia. He has been published on the independent horror blog Morbidly Beautiful, and has covered major genre film festivals such as Cinepocalypse in Chicago. He has also served as a judge for the Ax Wound Film Festival.

In his free time, he is a devoted dog dad to a high-spirited rescue pup named Peter Quill and enjoys volunteering with various animal rescue organizations. Jack likes to travel and explore dark tourism-related and other various haunted locations. He enjoys studying psychology, the paranormal, and will watch literally any schlocky B-movie on the planet for a laugh. Follow him on Twitter @JackMacabre or his dog on Instagram @quillthethrill.