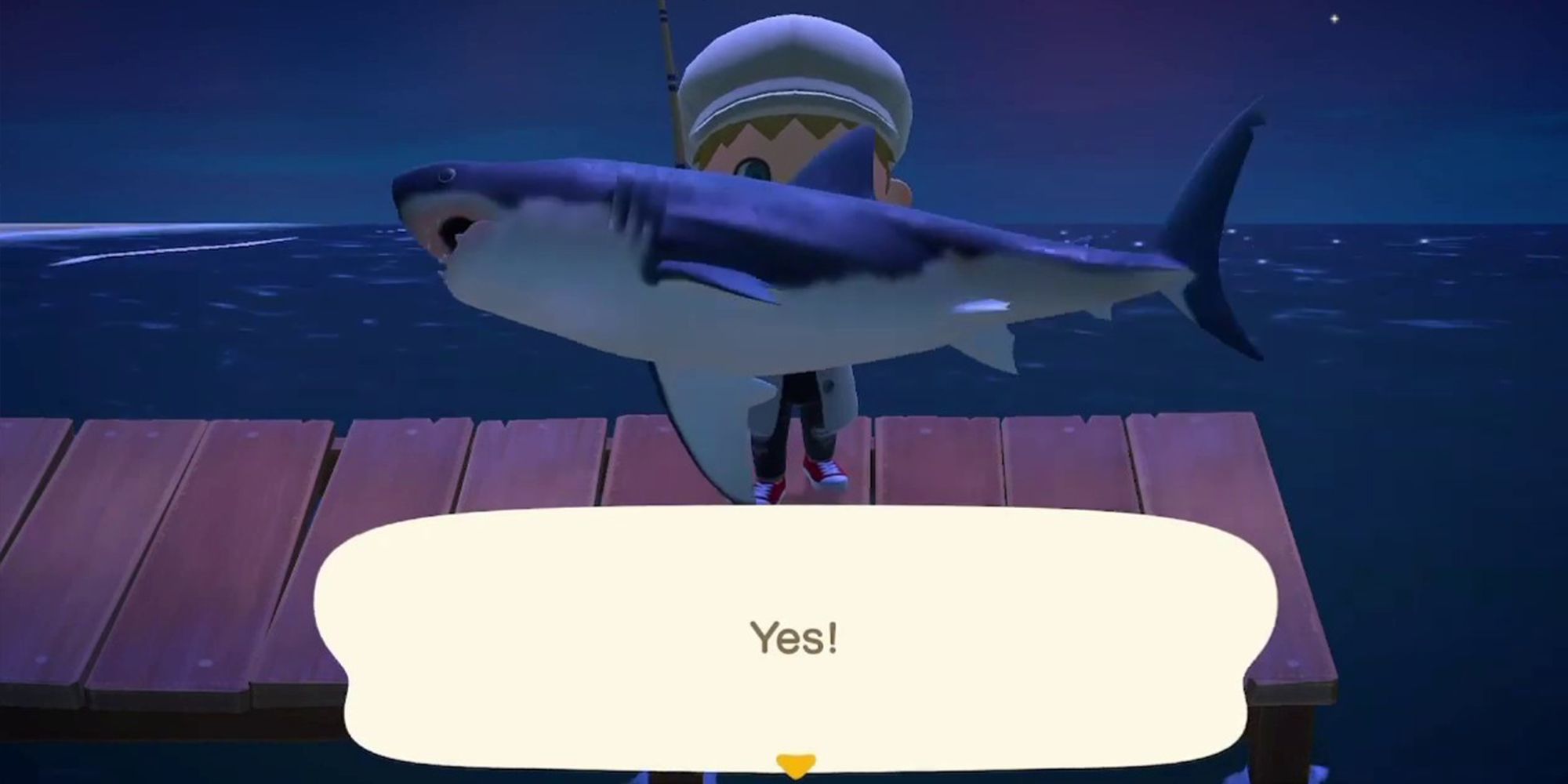 As many Animal Crossing: New Horizons fans have grown accustomed to, the new month brings new fish to the islands in both the Northern and Southern hemispheres. Thanks to the real-time mechanic in the game, a player’s island environment matches the climate and season of their real-world location. New critters constantly replace old ones as water temperatures, winds, and weather conditions change in the game. Catching all the new fish that arrive can help players complete the fish wing of their museums and can reel in some bells.

With summer officially beginning in June in the Northern hemisphere, at least a dozen new fish will start swimming through, including some large critters that fetch several thousand bells each. With winter beginning in the Southern hemisphere, many fish are swimming away, though players there can expect to find a few new ones arriving too. Here are all the fish arriving on June 1 in both hemispheres in Animal Crossing: New Horizons and when and where players can find them.

All Fish Coming to the Northern Hemisphere in June in Animal Crossing: New Horizons

The Ribbon Eel appears as a long, thin shadow in the ocean waters around a player’s island. Their unique shape will make them easy to spot both among the rest of the newcomers, and the rest of the fish available in the Northern hemisphere. They are active and can be caught all day. When sold, they go for 600 bells each.

This tropical predator makes its way to the rivers of islands in the Northern hemisphere this June. Piranhas appear in the rivers as fairly small shadows. They are active from 9 a.m. to 4 p.m. and from 9 p.m. to 4 a.m. each day. If a player wants to sell these biters, they will fetch 2,500 bells each.

The Tilapia is not a very valuable fish, but it is new for June. Tilapia appear as small shadows, though they are slightly bigger than Piranhas. They can be caught in the river any time of day. However, they only sell for 800 bells each.

The Arowana looks a lot like a pirate’s cutlass and a goldfish. Arowana fish can be caught in the river from 4 p.m. to 9 a.m. Their shadows are bigger than both the Tilapia and the Piranha, making them mid-sized compared to all available fish. The Arowana sells for 10,000 bells, so players who find many of them are in luck.

The Saddled Bichir is a medium-sized fish. Their shadow is similar to the Arowana in size and shape. They can be caught in the rivers in the evenings from 9 p.m. until 4 a.m., making them a perfect catch for late-night players. They are worth 4,000 bells each.

The Dorado is a large, gold-colored fish, as the name would imply. The Dorado’s shadow is large, and the fish will spawn in the river. Dorado fish are typically active from 4 a.m. until 9 p.m. They are worth 15,000 bells, making them a very valuable catch.

The first of the sharks that will soon be available in the Northern hemisphere, the Whale Shark appears in the sea as a giant shadow with a visible fin. This gentle giant is active in the ocean waters all day and can be sold for 13,000 bells each.

The Great White Shark is the other most valuable fish coming to islands in the Northern hemisphere in June. The Great White Shark appears as a giant shadow with a visible fin and will only spawn in the ocean waters surrounding an island. Players can only catch Great White Sharks late, from 4 p.m. until 9 a.m. Like the Dorado, these massive predators sell for 15,000 bells each, making them a great way to make some quick cash in the game.

The Hammerhead Shark, like the other sharks on this list, appears as a giant shadow with a visible fin. Like the others, it is only available in the ocean. Like the Great White, the Hammerhead Shark is only available in the evenings, nights, and early mornings, from 4 p.m. until 9 a.m. However, they are worth a little less when sold, fetching a modest 8,000 bells each.

The last of the sharks swimming in this June is the Saw Shark. These sharks also appear as giant shadows with a visible fin and, like the others, can only be found in the ocean. Like the Great White and the Hammerhead, the Saw Shark is only available from 4 p.m. until 9 a.m. Players can get 12,000 bells for them.

The Gar is a fish with a giant shadow, setting it apart where it swims in the pond on the island. It is a late-night swimmer, active from 4 p.m. until 9 a.m. like the sharks. Each one is worth 6,000 bells when sold.

The last fish arriving in June in the Northern hemisphere is the Arapaima. This is a giant black and red fish whose shadow appears huge. Players can only find the Arapaima in the river from 4 p.m. until 9 a.m. Each one sells for 10,000 bells.

All Fish Coming to the Southern Hemisphere in June in Animal Crossing: New Horizons

As the waters of Southern hemisphere islands cool, few new fish will brave the colder climate. Players in this region can still expect to see a few newcomers, however.

The Pond Smelt is a small fish that, despite what its name suggests, can be found in the river. Players in the Southern hemisphere will be able to catch the Pond Smelt all day. It is not worth much, however, only selling for 500 bells each.

The Stringfish is very valuable, like the Dorado in the Northern hemisphere. It is found in the river, but only at the clifftop, where it appears as a large shadow. The Stringfish is active from 4 p.m. until 9 a.m. and sells for a whopping 15,000 bells each.

The Sea Butterfly is a tiny fish that fetches a respectable price. This fish is only found in the sea but can be caught any time of the day or night. Each one will sell for 1,000 bells.

Squids arrive in June in the Southern hemisphere, though they are far from the giant variety. Squids will appear as medium to small shadows and can only be caught in the sea. They are active all day and all night. They don’t sell for much, only going for 500 bells each.

The Oarfish is the largest of the newcomers to Southern hemisphere islands. They spawn only in the sea, and their shadows are giant. Players can find them any time of day or night, and they sell for 9,000 bells each, making them a great investment if found.

Animal Crossing: New Horizons is available on the Nintendo Switch.

Star Wars Episode 1: Racer – How To Unlock The Secret Characters
Related Topics
About The Author

Maria Meluso is a writer, editor, academic, and game-lover based in the United States. She has written dozens of guides on a wide range of topics and has previous experience writing and editing for both print and digital publications. She is a graduate from and current Master of Arts in Writing candidate at Missouri State University’s College of Arts and Letters. She aspires to write video game guides, tutorials, and scripts, and films. Her inspiration often comes from the history and folklore of Ireland. She is an avid researcher, a passionate Simmer, a lover of all things fantasy, and a proud cat mom.