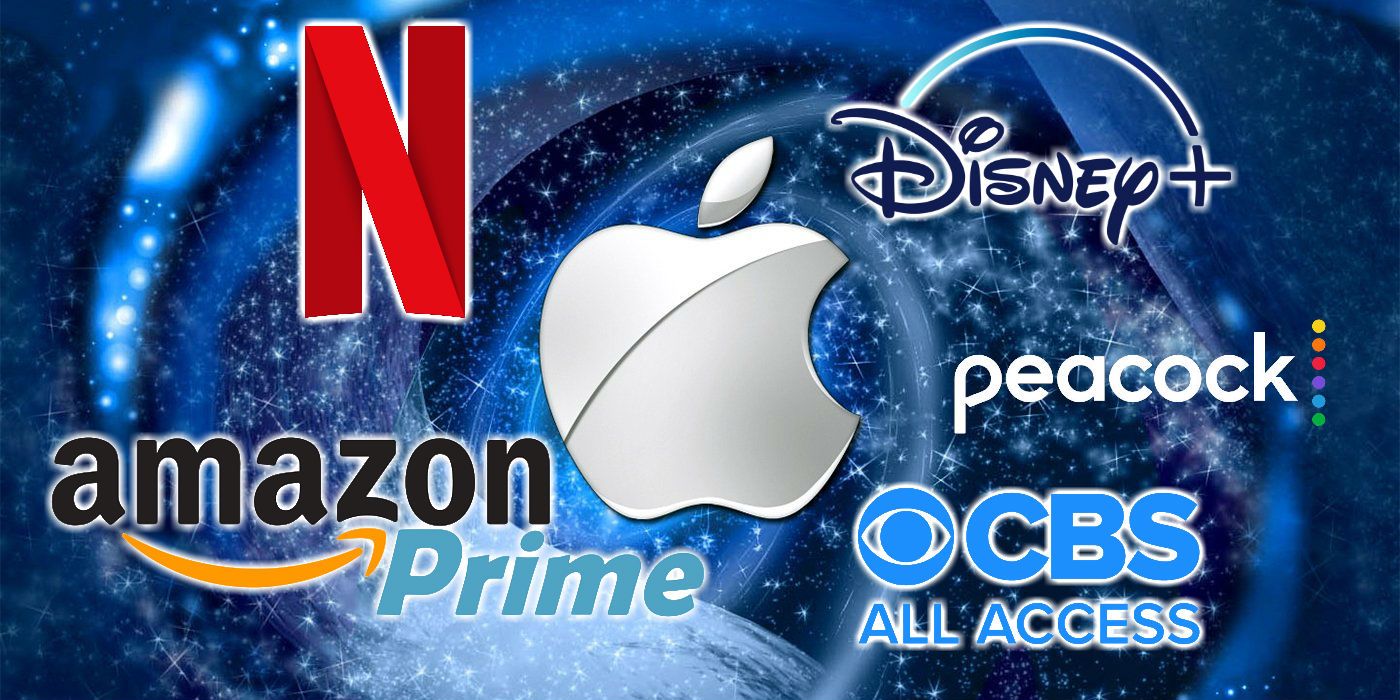 Without a sturdy library of licensed shows available at launch, the upcoming Apple TV+ streaming service will struggle to complete in an increasingly crowded arena. The streaming market is becoming more competitive each year, with companies like Amazon and CBS already having established their own platforms, and this fall Disney will enter the market with the eagerly anticipated Disney+.

November will see the arrival of another contender, as Apple is finally launching the Apple TV+ streaming service, one of the worst-kept secrets in the entertainment industry. Rumored for years, it will launch at last just days ahead of Disney+. Unlike the other streaming platforms, Apple TV+ – which will be available inside the Apple TV app on a wide range of devices – will depend entirely upon original programming. Content will include educational shows such as Helpsters, sci-fi dramas like Jason Momoa’s See), a Ghostwriter reboot, and the adaptation of Stephen King’s Lisey’s Story. But new data suggests that Apple TV+ will struggle to compete.

Related: Streaming Wars Explained: What Exclusives Each Service Offers (For What Price)

According to data analytics firm Jumpshot, Apple TV+ has significant weaknesses. Other streaming services have libraries of existing, proven content; NBCUniversal’s The Office, for example, was Netflix’s top title by far the last few years. In contrast, Apple TV+ won’t license titles from third party producers, and will only feature a small library of originals at launch. Making matters worse, according to Jumpshot, the market is increasingly competitive; Netflix’s market share is declining, and there’s intense excitement about new entrants like Disney+. Jumpshot CEO Derren Baker summed up their assessment:

“Apple priced its new streaming service at just $4.99 a month, and this data helps show why. Apple will have to compete not just with the existing players, but new offerings from giants like Disney, NBCUniversal and WarnerMedia. It’s not Netflix’s streaming market alone anymore, as our data shows Netflix’s US share of market has declined from 72% at the beginning of 2018 to about 65% at the end of June 2019.”

Apple is certainly putting in a lot of effort in order to compete, having signed up some of the best writers, directors, and actors in Hollywood, including the likes of Steven Spielberg, Jennifer Aniston, Jason Momoa, Oprah, and J.J. Abrams. One of the most interesting shows is Amazing Stories, a relaunch of Spielberg’s anthology series from the early ’80s, an intriguing comic book adaptation. The success of The Boys and The Umbrella Academy has proven that there’s a massive market for all comic book adaptations, not just Marvel and DC properties, so a well-received Amazing Stories show could be a real winner for Apple.

And yet, Jumpshot’s assessment is clearly well-grounded. Even Disney understands that a significant content library is needed in order to compete; the company’s interest in the Fox Vault was a major reason for the recent Fox acquisition. A Disney+ trial run in the Netherlands has given a sense of all the movies and TV shows that will be available on launch - nearly 700 properties including a wide range of classic movies and TV shows, before any of the hotly-anticipated Disney+ originals are released. Apple doesn’t have this advantage, and frankly precious few of their originals already have a strong presence. With the streaming market in a state of flux, it will be difficult for Apple to get the presence it needs to succeed.

Disney+ Is Building Its Own Avengers Apart From The Movies
advertising
This article was originally published by Screenrant.com. Read the original article here.
Tweet