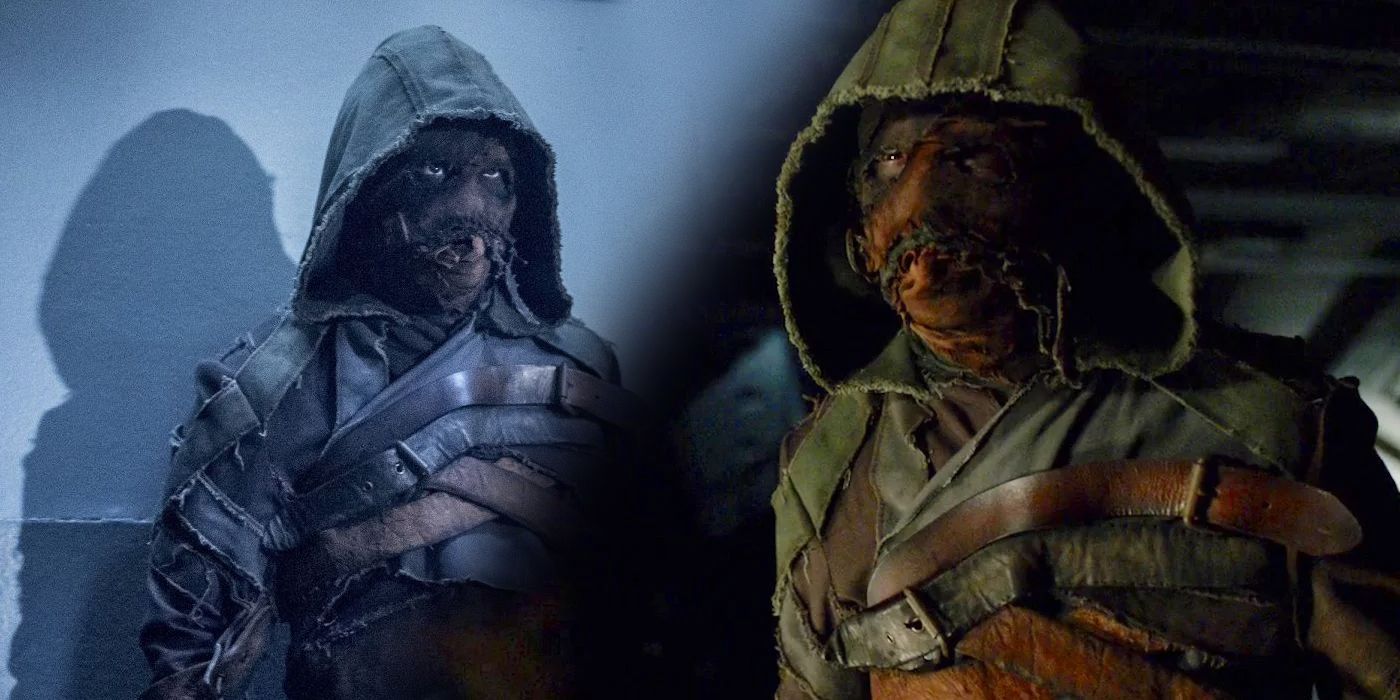 What happened to Ragman (Joe Dinicol) on Arrow? Rory Regan a.k.a. Ragman was a member of Team Arrow during season 5 of the CW series, but he didn’t stick around for very long. Rory left Arrow in the middle of his first season on the show, and only made two guest appearances after that, one of which being the last episode where he returned for Oliver’s funeral.

During the final battle with Damien Darhk at the end of Arrow season 4, Felicity (Emily Bett Rickards) redirected a nuclear missile to the town of Havenrock in order to minimize casualties. Havenrock was destroyed, but lives were ultimately saved. In the aftermath, Team Arrow disbanded. In season 5, Oliver Queen (Stephen Amell) was put in a position where it became necessary for him to put together a new team of vigilantes to protect the people of Star City. That’s when Oliver took Rene (Rick Gonzalez), Curtis (Echo Kellum), Artemis (Madison McLaughlin) and Rory under his wing to make them the new Team Arrow. As it turned out, Rory’s backstory on Arrow was tied directly to Felicity’s decision. Havenrock was Rory’s home, so naturally there was tension between the two characters.

Related: Arrow: Why It Took So Long For Oliver Queen To Be Called Green Arrow

As Ragman, Rory brought a lot to the table for Team Arrow, but unfortunately his time on the show was short-lived. Rory left the team in season 5, episode 12, titled “Bratva,” when he had to use his rags to stop a nuclear bomb. Felicity could have redirected it again, but Rory, not wanting a repeat of the Havenrock situation, essentially sacrificed his rags to stop that from happening. After it was over, Rory revealed to Team Arrow that his rags had been rendered powerless, making it pointless for him to remain on the team. As a result, Rory left the show.

Why did Arrow bring Rory onto the team only to let go of him so quickly? An official explanation hasn’t been offered, but it’s likely that the reason is connected to Felicity’s season 5 story. It was said after the events of the season 4 finale that the Havenrock incident would have huge ramifications for Felicity, and that’s what Ragman represented in Arrow. Rory was a survivor of what happened there, so his presence was a constant reminder of what she did. Felicity owning up to what she did and Rory accepting her and forgiving her was a big part of her arc. Rory’s sacrificial move in episode 12 brought this story to a close, and a proper conclusion may not have worked for the show without consequences of some kind. Rory’s powers were the cost.

Rory became the second member of the new Team Arrow to leave. Previously, Artemis turned out to be a traitor. Curtis left in season 7. Of the four recruits, only Rene remained a main character and an ally of the Green Arrow until the end of the series. As for Rory, his ties to the team weren’t completely severed. In the Arrow series finale, Rory – with his rags restored to their original power – came back to Star City to reunite with his former teammates and say goodbye to their leader.

More: Why Arrow Killed Off Laurel Lance In Season 4

Let Her Out (2016)
‘Break’, One Of Rutger Hauer’s Final Films, Lands Distribution With Conduit Presents
Everything We Know About the Upcoming Gossip Girl Reboot
Kristen Bell Asks Us Not To Get Judgy After She Caught Her Daughters Drinking Non-Alcoholic Beer During School Call
‘Tenet’ Now At $36M+ In Domestic Marketplace Still Fractured By Pandemic; Pic’s $250M WW Fueled By Foreign