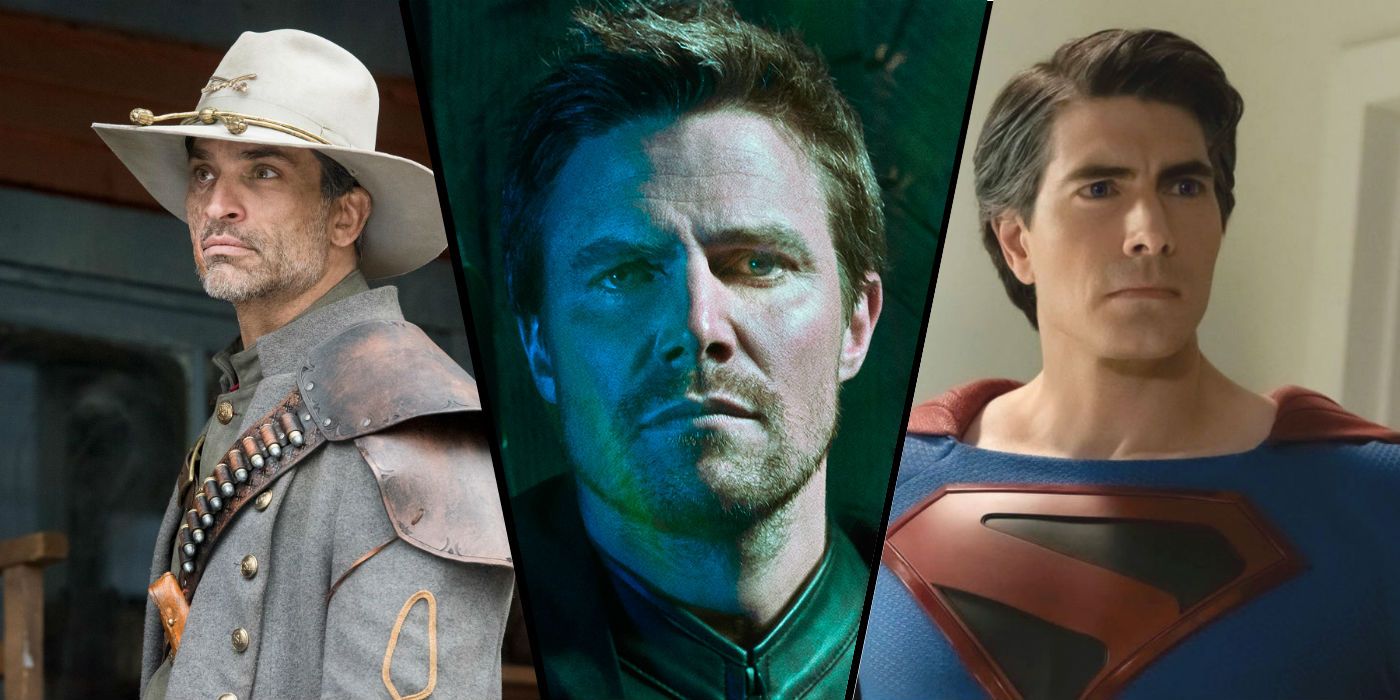 Who will die in the Arrowverse‘s upcoming “Crisis on Infinite Earths” crossover event? The comic book version of the story reshaped the face of the DC Universe, killing off several characters in the process - the most important of them being the Barry Allen incarnation of the Flash and Superman’s cousin, Supergirl.

The five-part event, which encompasses Arrow, The Flash, Legends of Tomorrow, Batwoman, and Supergirl, brings together a massive cast of characters, along with numerous cameos and guest appearances from heroes who previously existed outside the Arrowverse. There are also brand new characters played by prominent actors with ties to other DC Comics projects, such as Robin actor Burt Ward from the 1960s Batman series, and Kevin Conroy, who has been the voice of Batman for over 25 years. The story of “Crisis” will see the heroes of the Arrowverse face their greatest threat yet: the end of the multiverse.

“Crisis on Infinite Earths” is the Arrowverse’s biggest and most inclusive story yet, and given both the scale and the stakes of the Crisis, it’s hard to imagine every Arrowverse character involved in the crossover making it out in one piece. The 2017 crossover, “Crisis on Earth-X,” killed off Victor Garber’s Martin Stein, which served as a demonstration of how impactful these crossovers can be for the Arrowverse. “Crisis on Infinite Earths,” on the other hand, is a much bigger story, so it stands to reason that it will be even more consequential for the characters.

“Crisis” is sure to feature some major deaths, but not all are likely to be huge for the Arrowverse. To add to the body count without killing off yet another key player, “Crisis” may be the end for numerous minor characters. One in particular who is confirmed to appear in the event is Johnathon Schaech, who has guest-starred in three episodes of Legends of Tomorrow. In the series, Scaech plays Jonah Hex, a Western gunslinger from DC Comics. So while Hex isn’t vital to the Arrowverse, he’s still a notable DC Comics hero whose death would carry weight.

In last year’s “Elseworlds”, John Wesley Shipp, who has already played both Jay Garrick and Henry Allen in The Flash, took on the role of Earth-90’s Barry Allen a.k.a. The Flash, a role that he previously played in the 1990 The Flash TV series. “Elseworlds” essentially made the series canon in the Arrowverse, but also destroyed it by having it wiped out as one of the first signs that the Crisis was coming. Earth-90’s Flash, who will return for “Crisis,” already lost his Earth, so with nothing to lose he may be willing to put everything on the line to save the other Earths that are at stake.

Supergirl died in the comics, but “Crisis on Infinite Earths” may reverse this by killing off one of its three Superman. The most obvious candidate is Tyler Hoechlin’s character, due to the emotional impact his death would have on Kara (Melissa Benoist), but with Superman receiving his own Arrowverse series, this outcome may not happen. Instead, Brandon Routh’s Superman could be the one who dies. In “Crisis,” Routh — who previously played the Man of Steel in Superman Returns — will be donning the red cape to play the Kingdom Come version of Superman. In the comics, Superman in the Kingdom Come timeline retired after being disillusioned with the state of the world, but got back into action to reform the Justice League.

With Arrow coming to an end in late January, its characters are in much more danger than the ones featured in the other Arrowverse shows. Dinah (Juliana Harkavy), Mia (Katherine McNamara), and Earth-2’s Laurel (Katie Cassidy) are expected to survive to star in Green Arrow and the Canaries, but Rene (Rick Gonzalez), Diggle (David Ramsey), Roy (Colton Haynes), and Oliver (Stephen Amell) could be fair game. Arrow is teasing the death of Oliver, but a twist could be in store in the form of Diggle, who has been Oliver’s best friend and most loyal ally for the entirety of the series. Also, the character shared a touching scene with Oliver in Arrow‘s last episode, which almost felt like a goodbye. The two most important people in Diggle’s life, Oliver and Lyla (Audrey Marie Anderson), are taking steps to stop the Crisis, but it may be in fact Diggle himself who makes the ultimate sacrifice.

Barry has been told repeatedly by the Monitor that his death is necessary to save the multiverse. Barry found out from Jay Garrick that the Monitor isn’t wrong, and has since accepted his fate. The Flash has been building up to this all season. Many are skeptical that “Crisis” will actually go through with it, even though the showrunner himself has confirmed it will happen and the comics themselves show that Barry must die so that everyone else can live. It’s possible that “Crisis” will keep its promise and kill off Barry, and create a loophole to either bring him back post-Crisis or introduce a different version (who would also be played by Grant Gustin).

Even more so than Barry, Oliver’s death has been heavily foreshadowed. It was hinted at throughout season 7, and finally confirmed at the end of the season. Like Barry, Oliver knows that his death is necessary. Arrow‘s final season has also worked toward providing closure for Oliver as his story reaches its swan song, but could it be that Arrow is trying too hard to convince viewers that its hero is about to die? In the season 7 flashforwards, Felicity (Emily Bett Rickards) was taken to a place where the Monitor said there would be no return. It could be that Oliver’s actions in “Crisis” will result in him being forced to permanently leave Earth-1, but not die. After all, Arrow may not want to give viewers the ending for Oliver that everyone is now expecting.

Oscars Once Again Slammed for 2020 Nominees’ Lack of Diversity
Film Review: Them That Follow (2019)
Two More Studio Ghibli Soundtracks Are Coming to Vinyl
The Batman: Robert Downey Jr. Excited About Robert Pattinson’s Bruce Wayne
No, Britney Spears’ Art Is Not Getting Its Own Exhibit in France