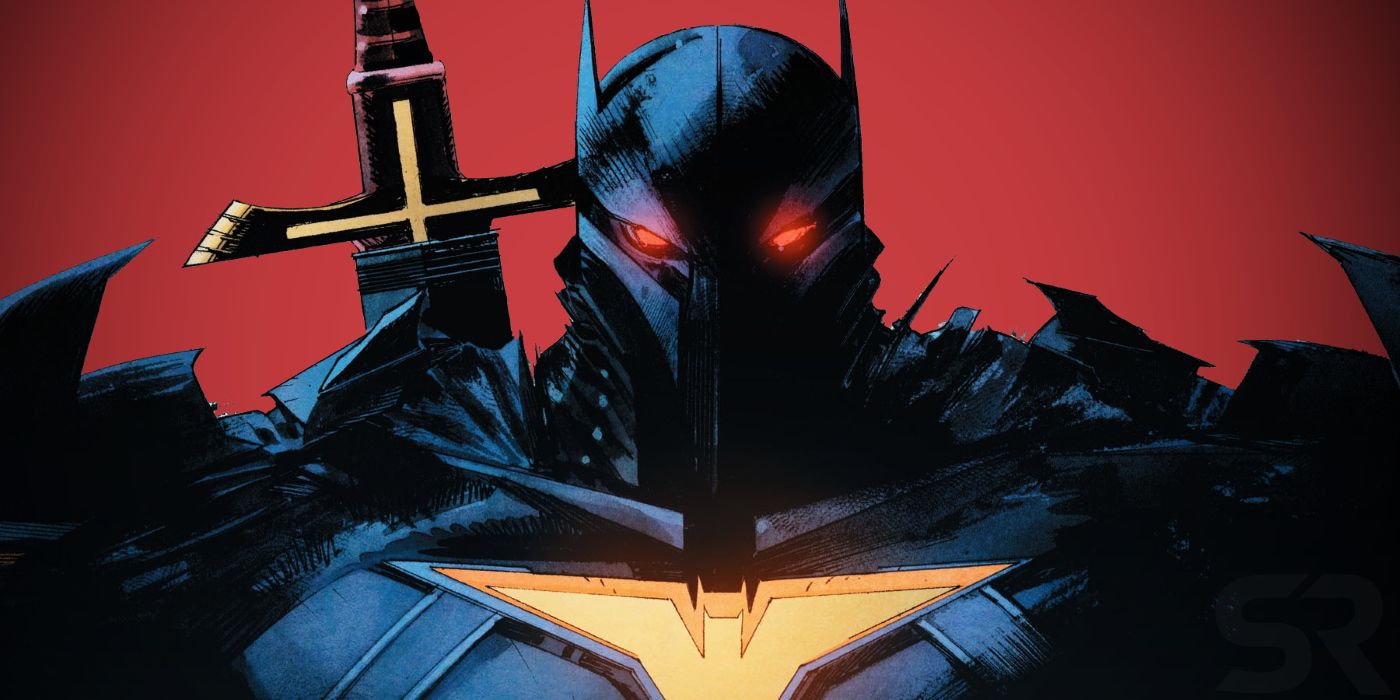 Warning: SPOILERS for Batman: Curse of the White Knight #6

The family history of Batman has always been tied to wealth, status, and tragedy. Having grown up as the son and heir to two of Gotham’s biggest elites, money has always been a part of Bruce Wayne’s bloodline. But now that Batman: Curse of the White Knight has delivered its biggest twist yet, fans will have to accept that Bruce’s lineage isn’t what it appears to be. In fact… he might not even be a real Wayne.

In Batman: Curse of the White Knight by Sean Murphy and Matt Hollingsworth, Murphy continued to tell his own spin on the Batman universe. The story flashed back to a time where Bruce’s ancestor Edmond Wayne helped kill Lafayette Arkham, and settle the river valley that would one day become Gotham City. Edmond’s own origin isn’t too far a stretch from Bruce’s, receiving training from a priest named Bakkar. A priest who, according to the history Bruce has available, was killed by Edmond Wayne to claim Gotham all to himself (and not share it, as they had agreed). While it’s initially believed Bakkar was killed by Edmond, the latest issue reveals it was in fact the opposite. Joker’s been holding onto a big secret, and now it’s out: Bakkar killed Edmond, stole his name and fortune, and began to build Gotham out of revenge and betrayal… while the true Wayne ancestor died alone in a hole.

The revelation confirms that Bruce Wayne is a descendant of Bakkar, and not of Edmond Wayne. It also means Azrael, who was thought to be a descendant of Bakkar, is actually the true Wayne heir. All of the wealth and power Bruce obtained thanks to his heritage? It technically should have gone to Azrael instead, whose childhood was dramatically different from the cushy lifestyle of being a Wayne. You have to hand it to Joker: his biggest joke was a doozy.

The moment throws the whole Batman mythos into the air. Bruce Wayne was defined by his upbringing and lineage. His bloodline helped build Gotham. While that remains true, it was Bakkar, not Edmond Wayne that he’s truly descended from. While Bruce might have the Wayne name and legacy, the reveal shows how tainted the Wayne’s post-Bakkar legacy really was. As for Azrael, learning that he’s a true Wayne must be extremely overwhelming. He initially hunted down Bruce for Bakkar’s betrayal — when all along, he should have been the true heir to the Wayne fortune. It’s a stunning twist that was built up masterfully by Murphy.

Where does Bruce Wayne go from here? His whole real-life identity was built on a lie and a violent betrayal. He never should have been a part of the Wayne bloodline, yet he reaped the financial benefit his entire life. Meanwhile, Azrael was denied a completely different life because the truth wasn’t quite out there. While it’s unclear what exactly he can do to rectify the issue, Azrael now knows he is the true Wayne – Bruce Wayne be damned.

Batman: Curse of the White Knight #6 is available now from your local comic book shop.

Next: Two-Face Returns To Batman Comics For His ‘Final Revenge’

Liam McGuire is a comics editor for Screen Rant. Hailing from Nova Scotia, he has worked for numerous publications including Cineplex Canada, MLB.com, Vice, CBR.com, and more. You can reach out to him directly at LiamMcGuireJournalism(at)gmail(dot)com.