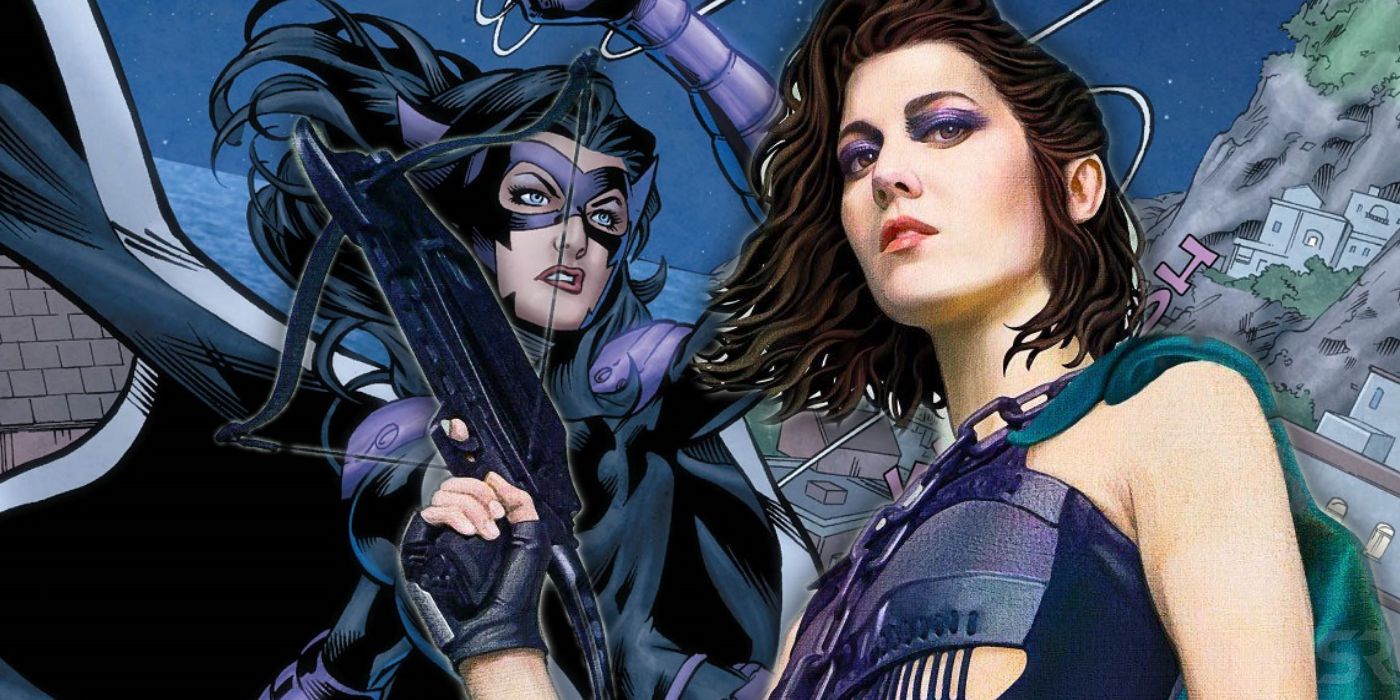 A new TV spot for Birds of Prey (And the Fantabulous Emancipation of One Harley Quinn) reveals a comic-accurate costume for Huntress. Birds of Prey will be the next film to be released in the DC Extended Universe, focusing on Harley Quinn and the villain Black Mask. The movie will be Margot Robbie’s second time playing Quinn, but she will have the help of a few more famous vigilantes.

Apart from Harley Quinn and Black Mask (Ewan McGregor), Huntress is probably the most well-known comic book character that will be featured in Birds of Prey. The character first appeared all the way back in 1947 in Sensation Comics #68. Several people have taken up the mantle of Huntress, including the comic book characters Paula Brooks, Helena Bertinelli, and even Helena Wayne in an alternate universe. Mary Elizabeth Winstead was cast as Huntress back in September 2018, before fans got their first look at the character’s costume in the teaser trailer for Birds of Prey. Now, the comic-accurate version of the costume has been revealed.

In a new TV spot for Birds of Prey from Warner Bros. (via The José Critic), Huntress’ comic-accurate costume can be briefly seen around the 14-second mark. Fans have seen part of her purple and black costume before, but this new TV spot shows her new jacket and iconic mask as well. The TV spot can be seen below:

The Huntress has appeared in several animated movies and TV shows over the years, but her first live-action appearance came in 2002. Ashley Scott played the Huntress, the Helena Kyle version, in a failed TV series that was canceled after the first season. The actress reprised her role last year in the Arrowverse’s Crisis on Infinite Earths: Part 3. Jessica De Gouw also played the Helena Bertinelli version of Huntress on Arrow for the first two seasons. While the character has appeared a few times on the small screen, Winstead will be the first actress to play Huntress in a live-action feature film.

While fans were excited enough to get an actress of Winstead’s caliber to play Huntress, many will be even more thrilled to get a comic-accurate version of Huntress’ costume for Birds of Prey. With Huntress getting a new costume, it’s possible that Warner Bros. is keeping other character’s official costumes a secret until the film is released. With that in mind, fans will likely see more marketing material for Birds of Prey before the movie hits theaters in a few weeks.

Why Marvel Recast Thanos After The Avengers
Related Topics
advertising