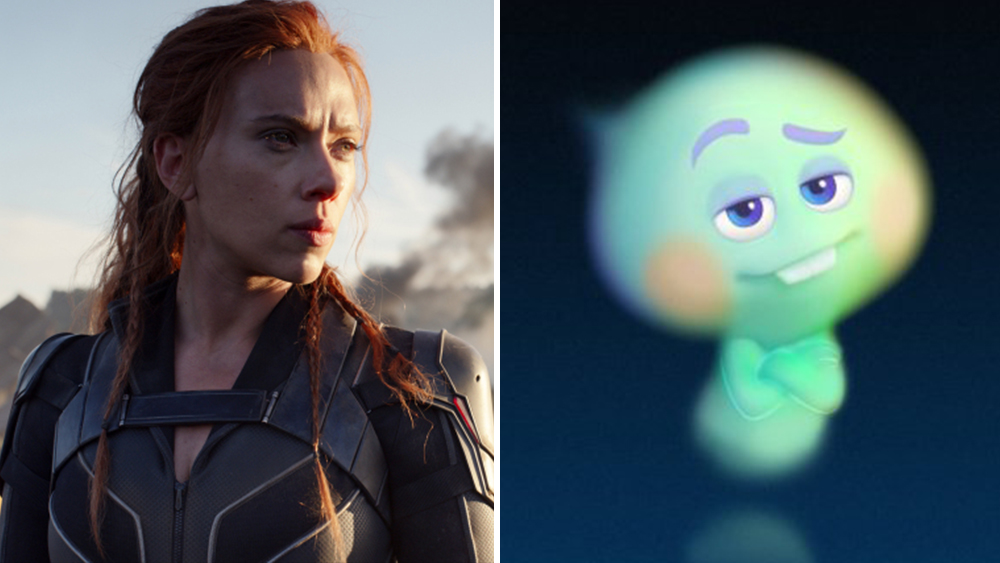 In the wake of COVID-19’s continued grip on the box office, Disney made another round of release date changes, the good news for exhibition being: Nothing is headed to Disney+. And that includes Pixar’s Soul which is currently sticking to its Nov. 20 release against MGM’s No Time to Die.

While we already knew Marvel’s Black Widow was set to move, it’s by far the biggest shift on Disney’s theatrical calendar, going from Nov. 6 to May, 7 2021. That’s a complete annual delay of Black Widow from its original pre-pandemic release date of May 1 this year. Black Widow‘s shift kicks Marvel’s Eternals from Feb. 12, 2021 to Nov. 5, 2021; and moves Shang-Chi and the Legend of the Ten Rings from May 7, 2021 to July 9, 2021 (a post Independence Day release date that Disney had already reserved for an untitled feature). Trickling up into Eternals Feb. 12, 2021 spot is 20th Century Studios’ The King’s Man which jumps up from its Feb. 26, 2021 release date.

Delayed a year is Amblin/20th’s Steven Spielberg-directed West Side Story which will move from Dec. 18 to Dec. 10, 2021; the movie not even in the mix for this year’s upcoming Oscar season.

How does the rest of 2020’s wide entries look? Here’s the everchanging calendar:

The War With Grandpa (101 Studios)

No Time to Die (MGM/UAR)

News of the World (Universal)

‘No Time To Die’ Eyes Second Weekend In October For Theatrical Release; Universal Fills Easter With ‘Nobody’
Expert on government cover-up of ALIENS and UFOs for thrilling new documentary
Tiffany Haddish Got Her Own Catchphrase Shaved Onto Her Head
HNN Exclusive Clip: The Box from Midnight Releasing
New Atmospheric Thriller “The Pond” Premieres at Home February 23, 2021 from Shout! Studios