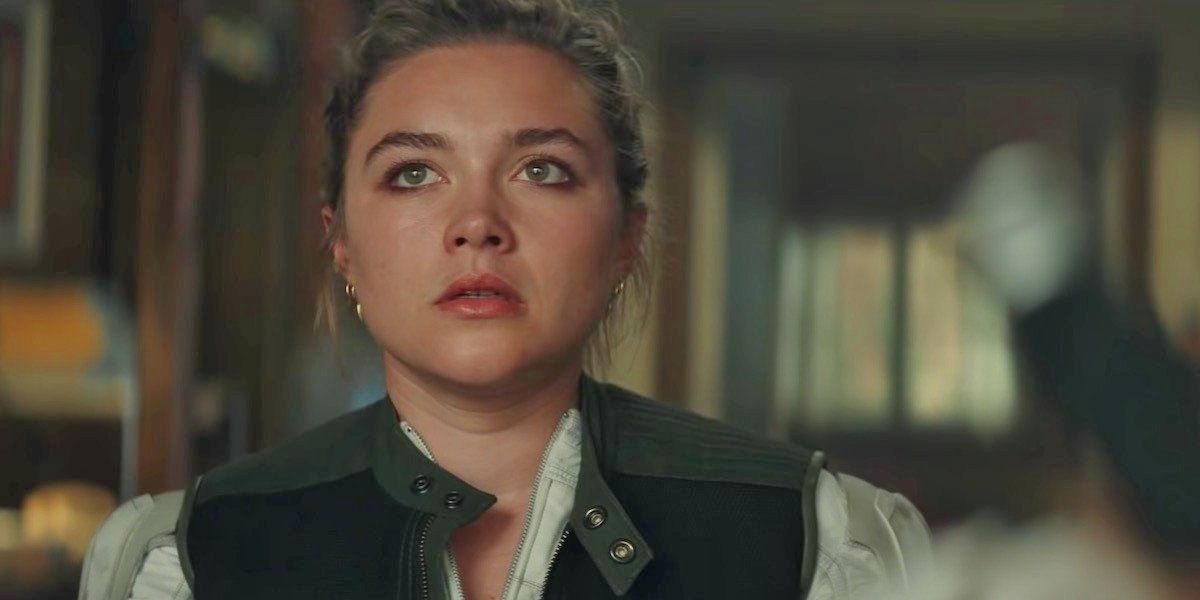 Black Widow star Florence Pugh recently discussed her exercise and cooking routine while filming the upcoming Marvel film. Black Widow is the long-awaited standalone film for Scarlett Johansson’s Natasha Romanoff/Black Widow. Since the character’s first MCU appearance in Iron Man 2, fans have been hoping for a solo film. That will finally come to fruition later this year, when Black Widow releases in November. The movie was originally supposed to come out just over a year after Johansson’s character sacrificed herself in Avengers: Endgame. However, it was pushed back, in one of the many delays currently plaguing Hollywood.

Black Widow takes place after the events of Captain America: Civil War, which is how Natasha is able to appear. It will show Widow confronting her past, including her training in the Red Room. Pugh will play Yelena Belova, a fellow Black Widow who was also trained there. David Harbour and Rachel Weisz will also play important roles in the movie, with Harbour taking on Red Guardian and Weisz Melina Vostokoff. One of the movie’s biggest mysteries is the identity of Taskmaster, the main villain. Some have theorized it could be Weisz’s character under the mask, though that was disproven by footage released earlier this year.

In an interview with Elle UK, Pugh discussed her training and eating routine during Black Widow. The actress highlighted how important it was for her to maintain control and not feel like someone else was “calling the shots“:

When I got the job, I wanted to know what the regime was…That was a big deal for me. I didn’t want to be part of something where I was constantly checked on. And people making sure I was in the “right” shape. That’s not me at all.

Pugh also discussed how her love of cooking helped while filming, saying,  “Genuinely, my therapeutic thing is chopping and cooking and stirring and tasting.” Fitness is an aspect of superhero movies often discussed, especially by those in leading roles. For example, Zachary Levi’s suit in Shazam! was critiqued by some fans, with Levi eventually revealing it had a little padding. For whatever reason, superhero physiques are more heavily scrutinized than those in other movies.

Pugh’s role in Black Widow comes at the end of an impressive couple of years for her. Having started out in the business in 2014, she achieved mainstream success last year, starring in the horror film Midsommar and Greta Gerwig’s Little Women. In the latter film, she played youngest sister Amy March, impressing critics and viewers with her compassionate take on a difficult character. Pugh received an Academy Award nomination for Best Supporting Actress for her role.

It’s refreshing to hear someone speak honestly about the demands that go into being a member of the MCU. It makes sense that having some sense of control was important to Pugh. Hearing her discuss her time working on Black Widow should only make fans more excited to finally see the film this November.

More: When Marvel SHOULD Have Made A Black Widow Movie