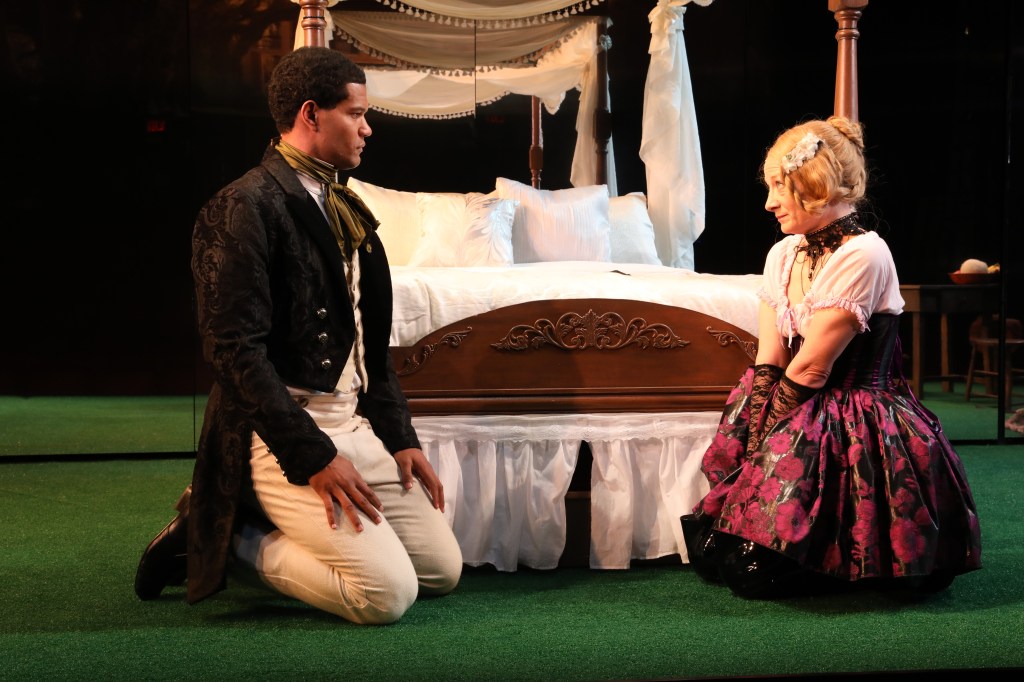 Broadway box office saw a Thanksgiving holiday boost of about 30%, with total receipts for the 33 productions rising to $32,543,570 for the week ending Nov. 28.

Total attendance was up about 12% (to 238,354) over the previous week, indicating that much of the increased box office tally was due to higher holiday-week ticket prices. The average Broadway ticket price for the week was $137, about 16% costlier than the previous week’s $118 average.

The 33-production roster saw the return of Slave Play in a limited engagement at the John Golden Theatre, with previews beginning Nov. 23 prior to a Dec. 2 official opening.

Also of note last week, Chicago canceled its Saturday night performance due to cases of Covid among employees at the Ambassador Theatre (two nights of performances this week – last night and tonight – also have been canceled, with the musical set to resume performances Thursday, Dec. 2).

Dana H., Is This A Room and Chicken & Biscuits played the final performances of their engagements over the weekend (all three shows had previously announced early closings).

Productions on Broadway during the week ending Nov. 28 were: Ain’t Too Proud; Aladdin; The Book of Mormon; Caroline, or Change; Chicago; Chicken & Biscuits; Clyde’s; Come From Away; Company; Dana H.; David Byrne’s American Utopia; Diana, The Musical; Flying Over Sunset; Freestyle Love Supreme; Girl From the North Country; Hadestown; Hamilton; Harry Potter and the Cursed Child; Is This a Room; Jagged Little Pill; The Lehman Trilogy; The Lion King; Moulin Rouge! The Musical!; Mrs. Doubtfire; The Phantom of the Opera; Six; Slave Play; Thoughts of a Colored Man; Tina; To Kill a Mockingbird; Trouble In Mind; Waitress; and Wicked.

All figures courtesy of the trade group Broadway League. The League is releasing only combined weekly box office figures this season – in contrast to its traditional practice of providing show-by-show figures.