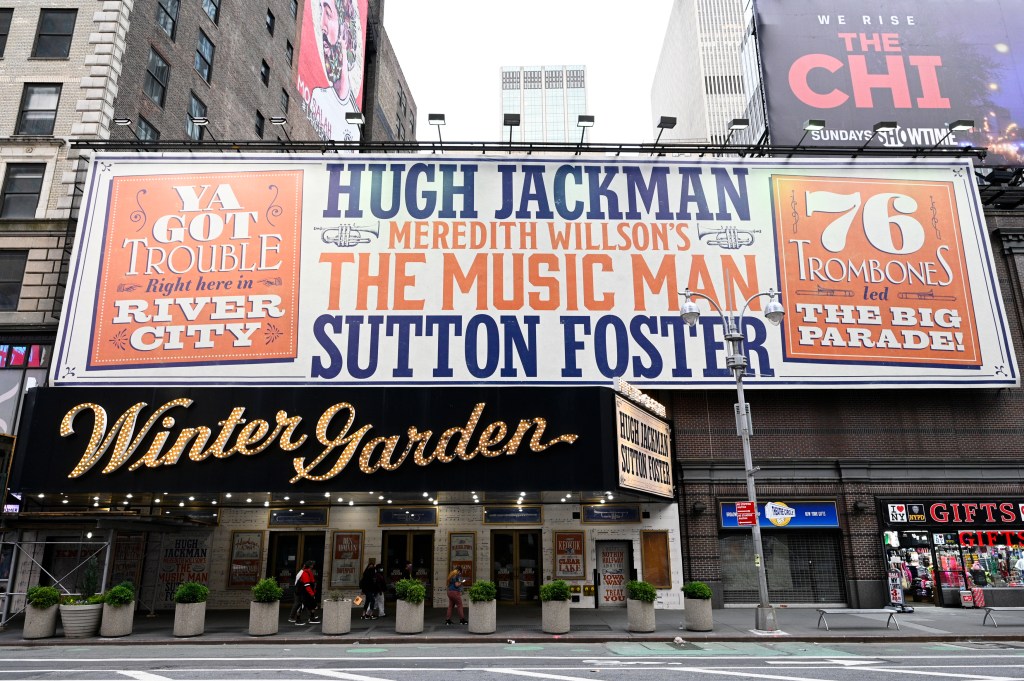 Kate Horton, who previously ran the Royal Court Theatre in London and has held executive roles also at the Royal Shakespeare Company and National Theatre, will take over for Scott Rudin as executive producer of The Music Man, the upcoming Broadway revival starring Hugh Jackman and Sutton Foster.

With the hire, The Music Man confirms what has been expected since Rudin announced in April, amidst accusations of workplace abuse and bullying, that he would step back from his Broadway responsibilities. Other formerly Rudin-produced shows, including The Lehman Trilogy, The Book of Mormon and To Kill a Mockingbird, have announced their Rudin-less returns. West Side Story has not yet set a return date.

Tickets for The Music Man, which begins previews at the Winter Garden Theatre on Monday, Dec. 20, with an opening night set for Thursday, Feb. 10, go on sale today.

Producers Barry Diller and David Geffen announced the start of ticket sales and the hiring of Horton today.

“We are beyond glad that The Music Man is finally able to again offer tickets to the public – the wait has been too long,” the producers said in a joint statement. “We are also beyond glad that Kate Horton has agreed to join us as Executive Producer – her experience and her sheer zest for great work will be invaluable as she supervises all aspects of our production.”

Said Horton, “As Broadway’s heart begins beating again, it is a privilege to be invited by Barry Diller and David Geffen to join such remarkable, celebrated talent in Hugh Jackman, Sutton Foster, Jerry Zaks, Warren Carlyle and Santo Loquasto in bringing this beautiful musical to the Winter Garden Theatre. The Music Man is a joyous love-letter to the United States and a celebration of what we can achieve when we come together. We will ensure our team enjoy the right conditions for creating their most brilliant work and sharing it with the widest possible audience.”

Both Jackman and Sutton have made it known that they welcomed Rudin’s departure from the show, with Sutton describing her feelings on Rudin’s departure in April by noting, “It’s an unbelievably unfortunate situation but the only positive outcome is the one that’s happening and I know Hugh feels exactly the same way.”

Horton comes to the production after an extensive career in UK theater production. She heads Fictionhouse, an independent production company making work in television, film, and theatre, alongside screen and stage director Dominic Cooke. They previously ran the Royal Court Theatre in London, UK as Artistic Director and Executive Director, and have produced Tony-, Olivier-, and Pulitzer Prize-winning work. Horton has held executive roles also at the Royal Shakespeare Company and National Theatre, has collaborated with top-level acting, directing and writing talent, and was responsible for numerous commercial transfers, including The Curious Incident of the Dog in the Night-time, Jerusalem, Clybourne Park and Constellations.

The Music Man is directed by Jerry Zaks, with choreography by Warren Carlyle, and will also star Jayne Houdyshell as Mrs. Shinn, Jefferson Mays as Mayor Shinn, Marie Mullen as Mrs. Paroo, and Shuler Hensley as Marcellus Washburn. The principal cast will also include Remy Auberjonois as Charlie Cowell, Gino Cosculluela as Tommy Djilas, and Emma Crow as Zaneeta Shinn.

This morning, Jackman tweeted footage of his tap-dancing rehearsal for the show, noting, “Inching ever closer to the bright lights on Broadway!”