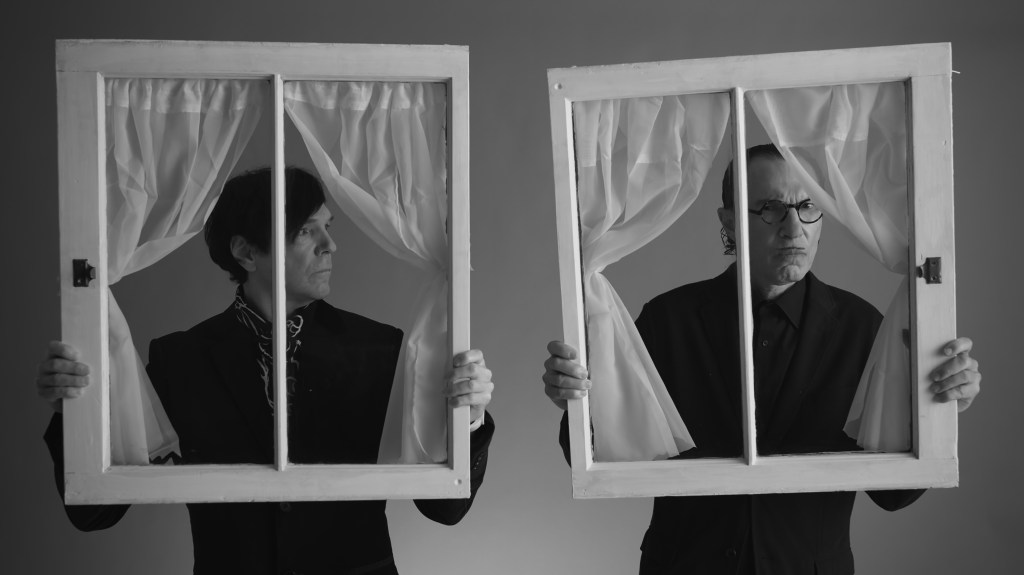 The Sparks Brothers, a documentary about a cult band by a brand-name director in Edgar Wright (Baby Driver, Shaun of the Dead) hits big screens this weekend, a felicitous one as New York and LA drop most capacity restrictions in theaters. The film about musician brothers Ron and Russell Mael of Sparks premiered at Sundance this year, notching a 100% critics score on Rotten Tomatoes — all of which could hopefully give the arthouse market some long-term traction through the summer

Roadside Attractions debuts another pedigreed documentary, Rita Moreno: Just a Girl Who Decided To Go For It.

The Sparks Brothers, from MRC Non-Fiction, was produced by Wright, Nira Park, George Hencken, and Laura Richardson. It’s a musical odyssey through decades with the brothers and bandmates featuring passionate tributes from Beck, Flea, Jane Wiedlin, Jack Antonoff and Patton Oswalt. It opens on 543 screens in 200 markets.

“People asked to play it. They wanted to play it. It hit a nerve. There are documentaries that transcend the normal documentary space, and this is one of them,” said Focus Features Distribution President Lisa Bunnell.

She puts Oscar-winner Morgan Neville’s Roadrunner: A Film About Anthony Bourdain, opening July 16, in the same category. The documentary following the late chef and world traveler just premiered at the Tribeca Festival. (It’s worth noting in general that with festivals key to the arthouse scene, the fact that Cannes is going later in the summer has pushed a lot of must-see titles back.)

As for New York and LA, which jettisoned most Covid-19 restrictions on Tuesday, Bunnell said she’d welcome a bump but the absence of those markets in past months when many others were open has already altered arthouse releasing. “Normally with documentaries you’d do New York and LA and San Francisco… and then go wide. Things changed.” A more nationwide approach “is the new normal for now.”

She likes the way things are heading. “Dinner and movie is a big deal and the fact that restaurants are back and movies are back — it’s a double header.”

Some distributors noted lingering confusion over whether NY theaters can really dispense with social distancing, and many haven’t yet as per the X-d out seats you can see online. It’s up to each theater, according to a NY NATO rep. Exhibitors want to feel comfortable and want patrons to as well so are taking it slow. (How slow? One distributor thinks hotly anticipated F9’s opening next weekend might dissolve theater owners’ remaining qualms.)

As for Rita Moreno, which bows in 227 theaters, Howard Cohen, co-president of Roadside Attractions, said he’s looking for traction among the documentary set, fans of the actress, and the LatinX audience.

Directed by Mariem Pérez Riera and executive produced by Norman Lear and Lin Manuel Miranda, the biopic chronicles the storied career of the Hollywood legend, now 87. Interviews with Morgan Freeman, Eva Longoria, Gloria Estefan, Whoopi Goldberg and others are interspersed with rich archival footage of everything from West Side Story to The Electric Company. The doc had its world premiere at Sundance and finished a festival run at Tribeca last weekend.

Over a 70 year career, Rita Moreno defied both humble upbringing and relentless racism to become a celebrated and beloved actor and rare EGOT (Emmy, Grammy, Oscar, Tony) Award Winner. Born into poverty on a Puerto Rican farm, Moreno and her seamstress mother immigrated to New York City when she was five. Pursuing acting, she was cast as any ethnic minority the Hollywood studios needed filled, be it Polynesian, Native American or Egyptian. She became the first Latina actress to win an Academy Award for her role as Anita in West Side Story in 1961.

An official selection at SXSW this year, the film follows an injured forest ranger on a routine mission who is saved by two off-the-grid survivalists. What is initially a welcome rescue grows more suspicious as the son and his renegade father reveal a cultish devotion to the forest. When their cabin is attacked by a strange being it’s clear there is a far greater threat in this unrelenting wilderness.

On the 10th anniversary of his father’s mysterious death, Gio (Fernandez) brings a birthday cake prepared by his mother (Bracco) to a memorial celebration hosted by his uncle (Kilmer), a Brooklyn mafia boss. Gio’s life begins to change as he pieces together what really happened to his father all those years ago.

Music Box Films releases Summer of ’85, a 2020 Cannes and Toronto selection directed by Francois Ozon in New York and LA and plans to branch out across the country the following week.

Notably in their second week:

Deon Taylor’s The House Next Door: Meet The Blacks 2 has expanded to 536 screens from 420.