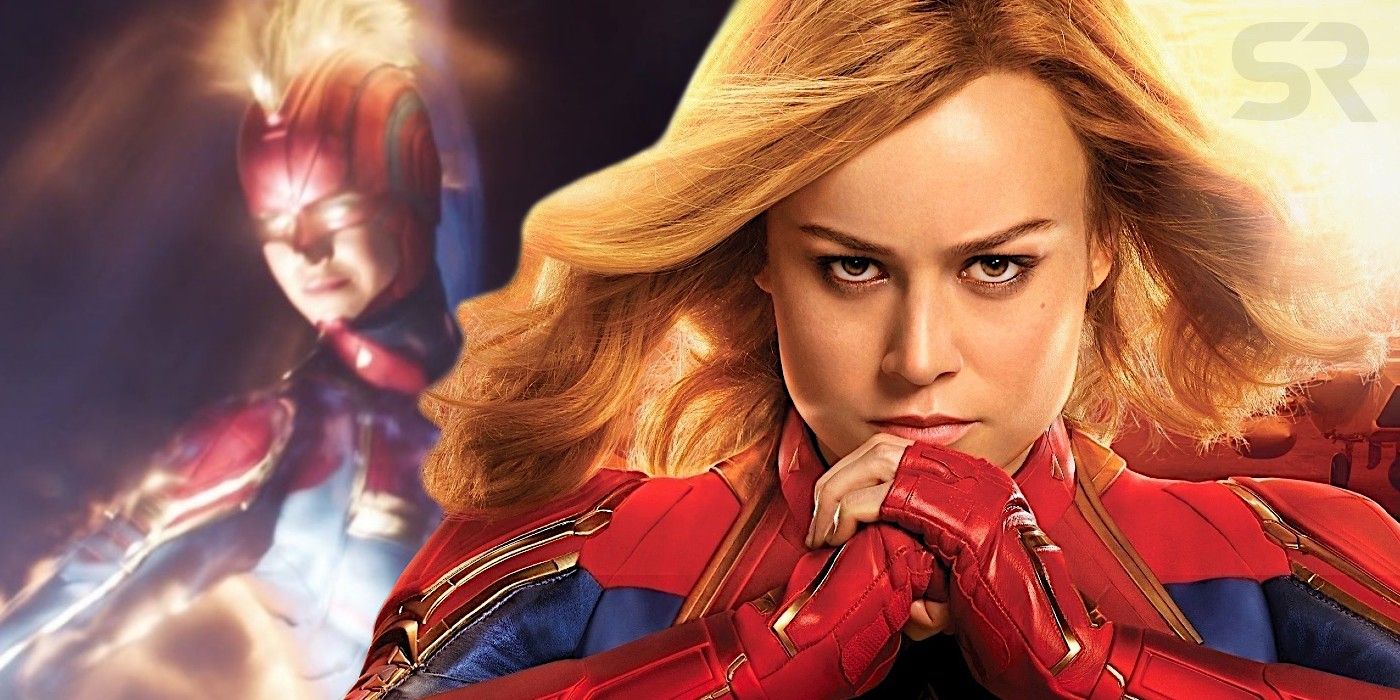 Marvel Studios can finally fix Captain Marvel’s Superman problem with Captain Marvel 2. Brie Larson joined the Marvel Cinematic Universe in 2016 when she was introduced as Carol Danvers at San Diego Comic-Con. After all the excitement of Larson playing one of Marvel’s best female heroes, fans had to wait three years to see her on-screen. Her Captain Marvel solo movie arrived just two months before she returned in Avengers: Endgame, giving fans a double-dose of Carol in a short amount of time.

The response to Larson’s Captain Marvel has been mostly positive, but there is still room for Marvel to improve when it comes to her portrayal. She has been touted as the new face of the MCU and described by Kevin Feige as the most powerful hero in the franchise. However, it is exactly this power that has given Marvel some trouble in bringing Carol to the big screen. Similar to what DC has dealt with in telling Superman stories, the strength of Carol can make her more difficult to craft a story and threat around. But unlike Superman, Captain Marvel doesn’t have an inherent weakness like Kryptonite.

Marvel is currently moving forward with plans to develop the next chapter in Captain Marvel’s story. They hired Megan McDonnell (WandaVision) to write the movie in early 2020, gave the film a summer 2022 release date, and most recently hired Candyman‘s Nia DaCosta to direct. The sequel will be set in the present day, but story details have otherwise yet to be revealed. During the development process, Marvel should be able to design Captain Marvel 2 in a way to fix Carol’s portrayal in the sequel and beyond.

There’s no debating that Captain Marvel is one of the most powerful characters in the MCU. Her full capabilities have been put on display a few times already. Carol singlehandedly destroyed an entire fleet of Kree ships at the end of Captain Marvel once she managed to enter her Binary Form. This ultra-powerful state makes Carol nearly invincible, and the combination of her powers makes her a one-woman wrecking crew. In addition to destroying Ronan the Accuser’s fleet in Captain Marvel, Carol flew right through Thanos’ Sanctuary II ship at the end of Avengers: Endgame. She even overpowered Thanos all by herself, which is something not even Hulk could do.

The magnitude of Captain Marvel’s has so far put Marvel in a position of manufacturing ways for her to be less powerful or not able to save the day immediately. In Captain Marvel, this was achieved by the Kree putting an inhibitor chip in Carol’s neck. The device kept her powers in check so that she could be powerful – but not beyond the Kree’s control. They even could use the chip to reduce her powers to nothing. Since the chip was removed at the end of the solo movie, Captain Marvel’s inclusion in Avengers: Endgame meant Marvel had to find another reason to delay her heroics. The decision was made to sideline Captain Marvel from the main narrative by sending her to space and only arriving at the end of the Avengers’ battle with Thanos. Both of these decisions held Captain Marvel back from being the mighty and prominent hero she is supposed to be.

Related: Captain Marvel 2 Is What Guardians of the Galaxy 3 Was Supposed To Be

Figuring out what to do with Carol and her powers is something Marvel’s dealt with twice already, and Captain Marvel also fell short when it came to Carol’s story. Since the MCU has featured so many origin story movies, Marvel Studios has continued to try and be creative when it comes to the journeys characters go on in their first solo films. Doctor Strange and Ant-Man had similar origin stories as Iron Man, while Captain Marvel received a bit of the Captain America: The First Avenger treatment. Her origin story came in 1995, and the prequel setting signaled to fans that the events of the movie couldn’t be too big since the next twenty years of the MCU had already unfolded.

Origin stories are challenging to pull off in general because usually the main hero isn’t fully realized until the end, and not even the MCU has always been able to avoid this. Thor was without his powers for most of his first movie, while Doctor Strange and Ant-Man didn’t master their new skills until the end. Some of the MCU’s best first solo films have come with Spider-Man: Homecoming and Black Panther. These films skipped the traditional origin narratives since the lead characters already appeared. For Captain Marvel, the origin story given to Carol hampered aspects of the storytelling and her characterization.

Marvel differentiated Captain Marvel from other MCU origin stories by having Carol Danvers’ origin involve the Kree taking away and altering her memories. This caused her to not completely know who she was for most of the film. While the journey of self-discovery worked thematically with Captain Marvel, there were still aspects of the execution that fell flat and kept Carol from being her true self. Even her personality is somewhat different from the confident hero who returns in Avengers: Endgame.

The good news for Carol Danvers and her fans is that Captain Marvel 2 doesn’t have to deal with these issues. Carol’s return in Avengers: Endgame showcased that she is even more powerful than before after patrolling the galaxy for 30 years. As long as McDonnell and DaCosta don’t find a way to reduce or take away Carol’s powers, Captain Marvel 2 will be the first chance for Marvel to feature her at full strength for an entire film. By including a fully powered Captain Marvel throughout Captain Marvel 2, the sequel will take one significant step forward in advancing her story.

Captain Marvel 2 should also benefit from not having to worry about Carol’s origin. The sequel can still fill in some gaps from the past, whether its what she did between 1995 and 2018 or her adventures during Avengers: Endgame‘s five-year time jump, but the focus will be on moving Carol forward along with the rest of the MCU. This will put Carol and Captain Marvel 2 in a position where instead of worrying about fitting into an established canon, the character and her story can go in any direction Marvel wants. Besides being set in the present day, Captain Marvel 2 can bring a better balance towards Carol’s split focus between Earth and space. If the sequel does want to explore the lengths of Captain Marvel’s heroics properly, a story that better involves her cosmic adventures, while still include Earth-based characters like Kamala Khan and Monica Rambeau, would be a great way to go.

Next: Everything You Need To Know About Captain Marvel 2