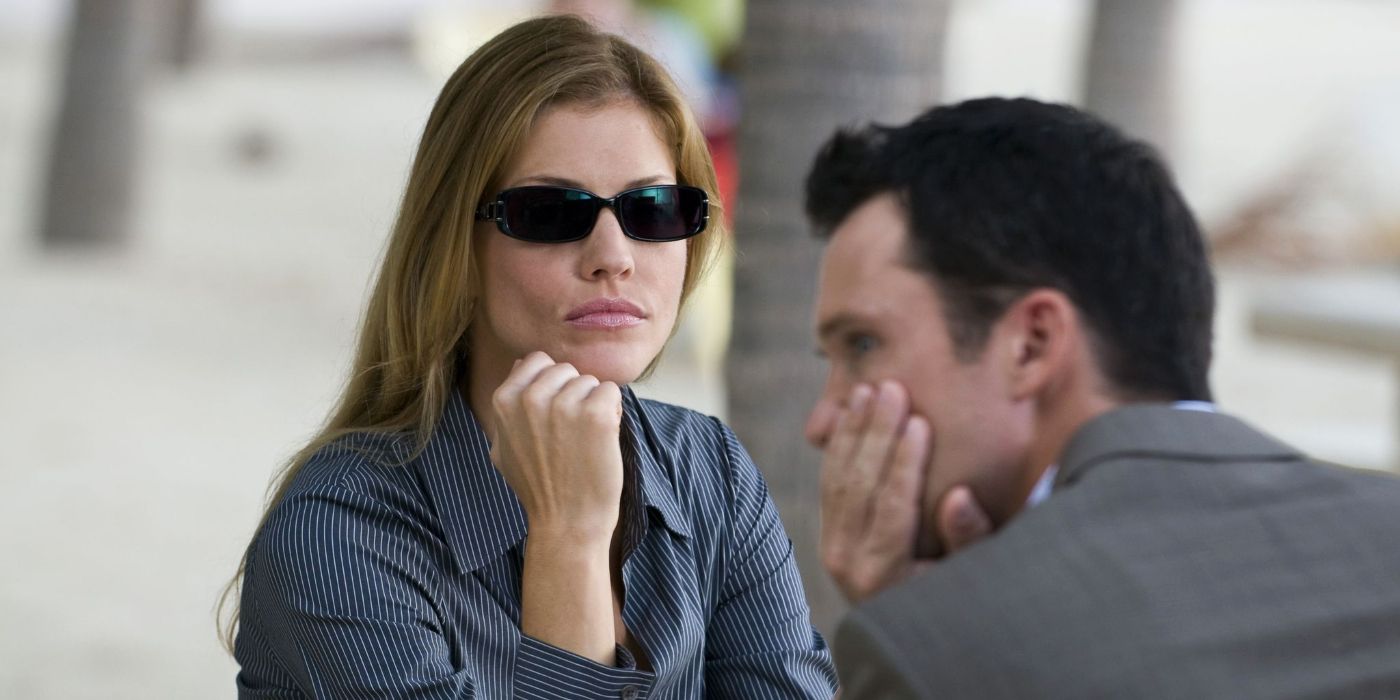 Super spy Michael Westen faced some formidable foes over the course of Burn Notice, but Carla is maybe his most underrated. Burn Notice arrived on the USA Network back in 2007 and follows Michael Westen (Jeffery Donovan, Sicario), a suave spy who has been “burned.” This term refers to an agent that has been labeled as dangerous or untrustworthy, and the first season finds him stranded in Miami with no cash or assets. He has to survive by taking small jobs and investigating who burned him and why.

Burn Notice also involves Michael’s personal life, including his on-again, off-again romance with Fiona (Gabrielle Anwar), his mother Madeline (Sharon Gless) and best friend/ex-NAVY Seal Sam Axe (Bruce Campbell, Ash Vs Evil Dead). Burn Notice was slick entertainment, anchored by a top-notch cast, witty dialogue and glossy storylines. The show was also unique for its narration, with Michael directly speaking to the audience while he talks through his various adventures. The series came to a close in 2013 after seven seasons, with Michael and Fiona receiving a well-earned happy ending.

Burn Notice season 2 involves Michael still investigating who was behind his burn notice and struggling to deal with new handler Carla Baxter (Tricia Helfer, Battlestar Galactica). Carla works for the organization behind Michael’s burning and is shown to be ruthless, forcing him to work to take various assignments or she’ll hurt those he cares about, including his brother Nate. It’s eventually revealed these little jobs he’s been taking are preparation for an assassination and by the end of the season, Michael has to figure out a way to bring Carla down.

It transpires it was Carla who was responsible for Michael being burned in the first place. In the Burn Notice season 2 finale Michael has teamed with Carla’s ex-employee Victor (Michael Shanks, Stargate) to expose her activities to the organization. Carla showed the dark side of life in the spy business and was effectively the evil mirror of Michael himself. She was just as smart but used her skills for profit and had no qualms about collateral damage or murder.

In Burn Notice’s season 2 finale Carla is killed by Fiona, which leads Michael to a meeting with the head of the organization, played by John Mahoney (Frasier). Michael rejects an offer to come work for them, which in one way frees him of their control, but they also remove the protection that has kept him off the radar of law enforcement. Tricia Helfer’s Carla was one of the most entertaining villains on Burn Notice, who was both ruthless and oddly likable. She only appeared in nine episodes of the show in total, but she made a lasting impression on both Michael and the series itself.

Next: Where Are They Now? The Cast Of Battlestar Galactica

Breaking Bad Had A Sneaky How I Met Your Mother Reference
advertising
This article was originally published by Screenrant.com. Read the original article here.
Tweet