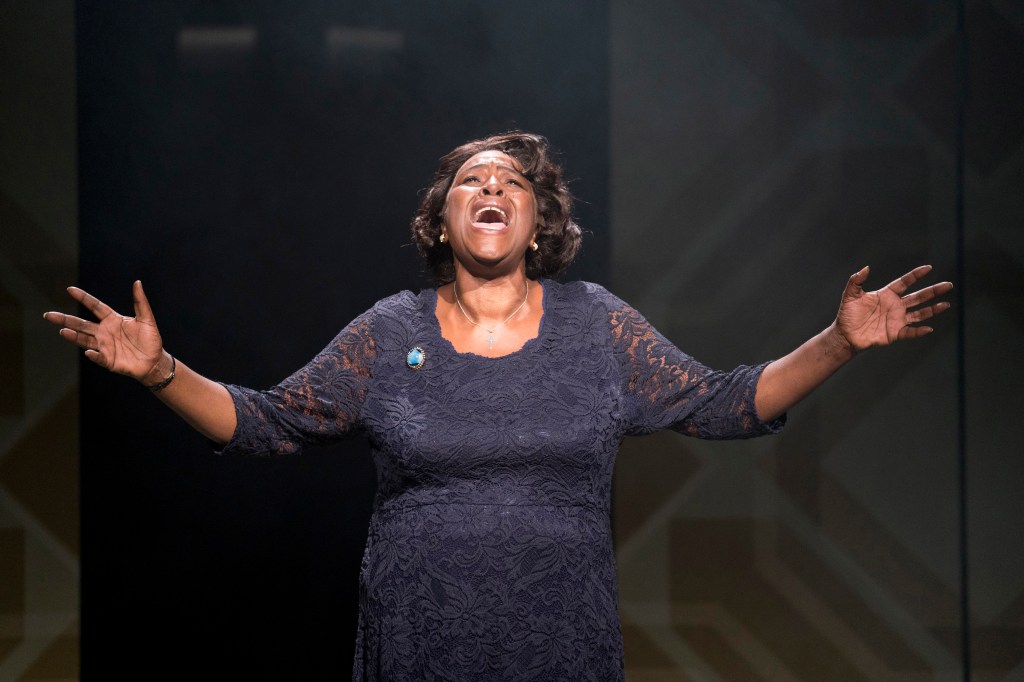 The Roundabout Theatre Company says it will resume production in Fall 2021 with two much anticipated shows – the COVID-delayed Jeanine Tesori/Tony Kushner musical Caroline, Or Change and Alice Childress’ Trouble In Mind. The planned musical revival of 1776 will now begin performances in Spring 2022.

The nonprofit theater company does not have a date for its postponed production of Noah Haidle’s Birthday Candles starring Debra Messing. The play had been set for last spring, but was delayed by the pandemic shutdown until Fall 2021. Roundabout now says the production “will proceed at a future date to be determined.”

The company’s new schedule reflects Broadway’s lengthening pandemic shutdown, with all show openings planned for Spring 2021 bumped off by the industry’s now-extended closure at least until June. Caroline, Or Change starring Sharon D Clarke, reprising her lauded London performance, was initially planned for Spring 2020, then moved to Spring 2021 before the latest Fall 2021 target.

1776, to be directed by Jeffrey L. Page and Diane Paulus, was originally set for a Spring 2021 opening, a full year earlier than its new target premiere.

“While we are disappointed to put the shows off again, we’re busy filling the expanded gap in time by providing arts education for NYC students and teachers, and increasing our efforts to find opportunities for artists through our myriad off-stage programs,” noted Roundabout Artistic Director/CEO Todd Haimes. “Once again I’d like to thank all our artists whose work was side-lined in March 2020 for their patience and understanding.”

In addition to Birthday Candles, two of Roundabout’s previously announced Off Broadway productions have not yet been rescheduled: Anna Ziegler’s The Wanderers, and Sanaz Toossi’s English. Both had previously been planned for the 2020-21 season.

The Roundabout also today set target openings for two of its other Off Broadway productions, both for Fall 2021: …what the end will be by Mansa Ra (formerly Jiréh Breon Holder), directed by Margot Bordelon; and Dave Harris’ Exception to the Rule to be directed by Miranda Haymon.

Caroline, Or Change, directed by Michael Longhurst and choreographed by Ann Yee, will be staged at Roundabout’s Studio 54 Broadway venue. Trouble in Mind, directed by Charles Randolph-Wright, will make its Broadway debut at Roundabout’s American Airlines Theatre decades after its 1955 Off Broadway premiere.