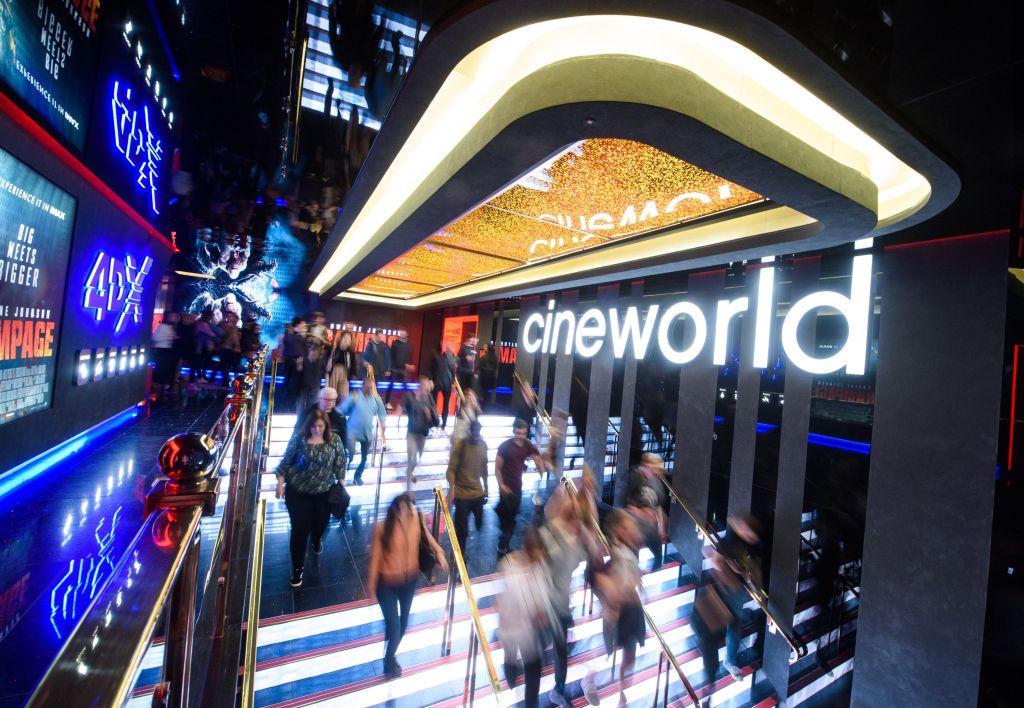 In response to MGM’s No Time to Die moving out of the Thanksgiving corridor to Easter weekend 2021, Cineworld is closing down 128 of its UK and Ireland cinemas as well as its U.S. Regal chain as of next week according to reports.

This is the first massive exhibition casualty during the pandemic. It remains to be seen how long the closure is, and according to studio sources, if true, it’s just bad for overall moveigoing consumer confidence and sends an erratic message as to whether movie theaters are really open or closed. To date, none of Regal’s NY or Los Angeles locations have open.

The Sunday Times in the UK teased the front page of their edition tonight, which had the news about Cineworld’s closure, expected to impact 5,500 jobs.

Variety reports that Regal is also closing those cinemas its reopened from its 543 theater count. Deadline has reached out to Regal for confirmation of that news, however the chain is radio silent. Of the major studio distribution heads we’ve reached tonight, none of them have received any word from their Regal contacts that the U.S. part of the chain is closing down.

In the U.S., Regal is the No 2 chain with 7,155 screens in 543 theaters in 42 states. They closed in mid-March due to the pandemic, and reopened just prior to Warner Bros.’ release of Tenet.

Cineworld in their recent 6-month earnings filing ending June 30, issued the following grim statement as they wrangle $8.2 billion in debt: “There can be no certainty as to the future impact of COVID-19 on the Group. If Governments were to strengthen restrictions on social gathering, which may therefore oblige us to close our estate again or further push back movie releases, it would have a negative impact on our financial performance and likely require the need to raise additional liquidity. We have highlighted the potential impact this could have on the Group within our going concern statement in this document.”

It’s not official yet if Disney is moving Pixar’s Soul off its Nov. 20 release date, but we hear Universal is sticking with its Nov. 25 release of Dreamworks Animation’s The Croods: A New Age, which is expected to be a shortened window release so that the movie can debut over the year-end holidays on PVOD. Those are technically the next big movies, but there’s wide entries on the calendar including 101 Studios’ War With Grandpa this coming Friday, Freestyle’s 2 Hearts and Open Road’s Honest Thief on Oct. 16, and 20th Century Studio’s The Empty Man on Oct. 23.

Regal and Cinemark don’t play shortened window releases, but Uni has a deal with AMC. Cineworld boss Mooky Greidinger is a hardliner when it comes to collapsing the window. I hear there have been pleas by the major studios to do so with his chain due to the box office being unpredictable, and enabling a shorter bridge for movies into the home while keeping theaters alive. No budge.

Your EDM Premiere: Shurland Ayers – Stuck In Ya Wayz
Feds Investigating Manatee with ‘TRUMP’ Scraped Onto Its Back
The Best MLK Day Sales 2021, From A to Z
Tesla’s Brian Wheat on Battling Bulimia, Anxiety, and Depression
Sony Marvel Movie ‘Morbius’ Moves To The Fall