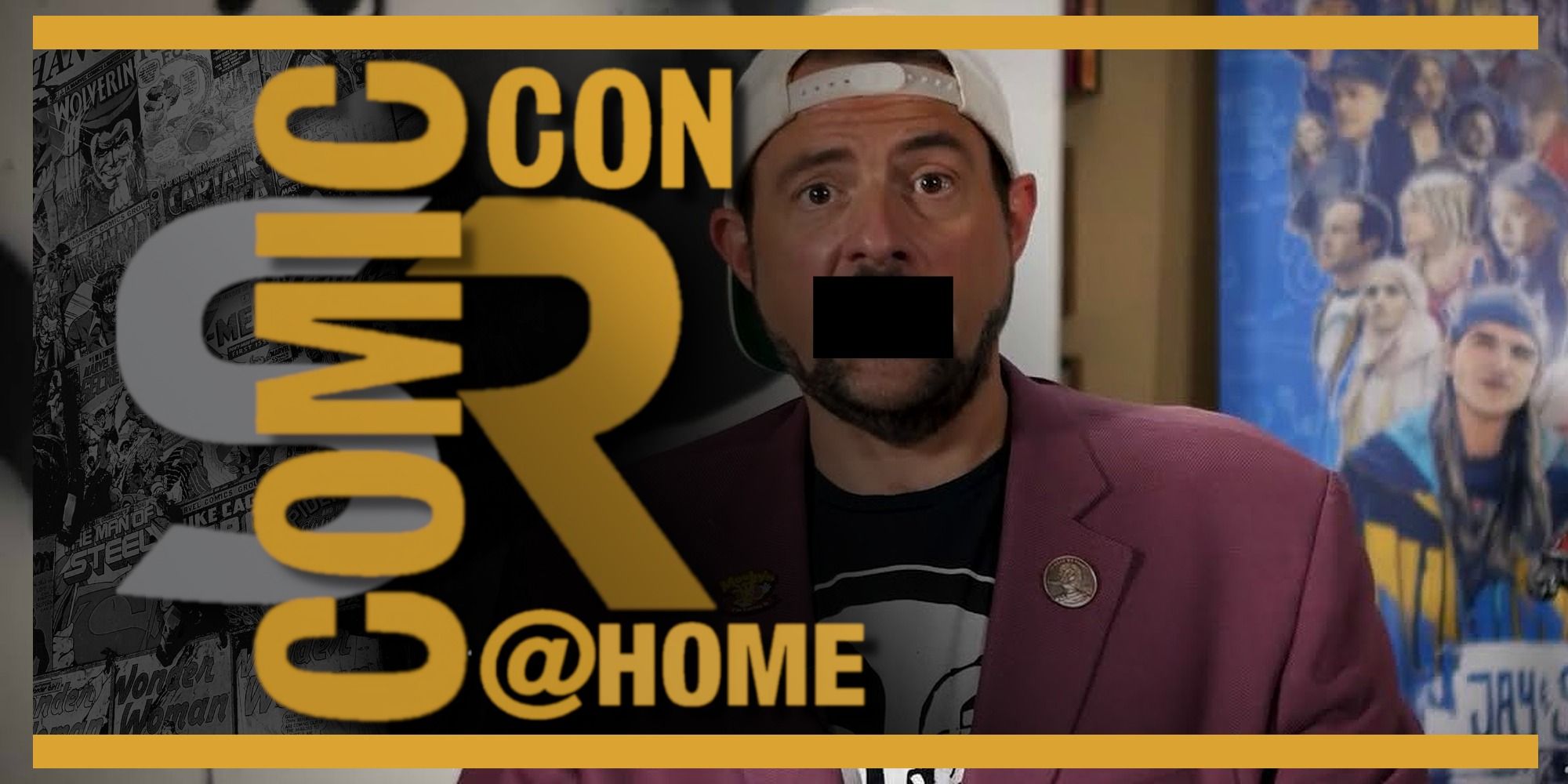 Director Kevin Smith was bleeped an impressive 113 times during his panel at Comic-Con@Home. Smith, well-known for his work on movies like Clerks, Mallrats, and Jay and Silent Bob Reboot, is a regular presence at conventions, especially SDCC. This year, he was on hand to discuss upcoming projects, including Twilight of the Mallrats, the upcoming sequel to the 1995 film. Earlier this year, Smith revealed the script is done, while also sharing that many of the original film’s characters and actors will return. Though Ben Affleck, who starred in the first movie, isn’t confirmed to appear in the sequel at this time, Smith recently said he’s hopefully things will work out.

Smith is also at work on Clerks 3, revealing back in March he was writing the script while self-isolating. Less is known about that project, though last year the director shared the story is inspired by his real-life heart attack. In February, Smith also divulged the movie is set almost entirely at Quick Stop, though both of those things could have changed during the writing process. The director has been working on Clerks 3 in some capacity for over a decade, finishing one script in 2013, though that version never ended up getting made.

This weekend, Smith appeared on a Comic-Con@Home panel titled An Evening with Kevin Smith, available on Comic-Con International‘s YouTube page and also embedded below. Smith swore frequently throughout the panel, resulting in an impressive amount of bleeps. GameSpot totaled up the number of times Smith was censored, with the final tally coming in at 113. This doesn’t count a couple instances of Smith’s audio going quiet or a word accidentally making its way past censors.

Though 113 bleeps is a lot – especially for this particular panel, which came in just under an hour – people familiar with Smith probably aren’t too surprised by it. In fact, many appreciate Smith’s candor, feeling it makes him more relatable. It’s clearly something that works for Smith, who has a solid reputation among fans despite his decades in the business. However, the bleeps do highlight the difference between Comic-Con@Home and a typical SDCC year. Usually, it wouldn’t even be possible to censor someone appearing on a panel, though participants are likely encouraged to keep their swearing to a minimum.

Interestingly, there was another case of censoring at this year’s Comic-Con, albeit in a more humorous sense. Helstrom actor Alain Uy attempted to drop spoilers from his upcoming Marvel and Hulu show, but was bleeped by censors to keep the secrets in tact. It made for a funny moment, thanks to his co-stars reactions. Though the censoring of Kevin Smith‘s panel was a little different, it also highlighted the fun unpredictability of Comic-Con, even when it takes place at home.

Friends: Every Character The Show Totally Forgot About
Related Topics