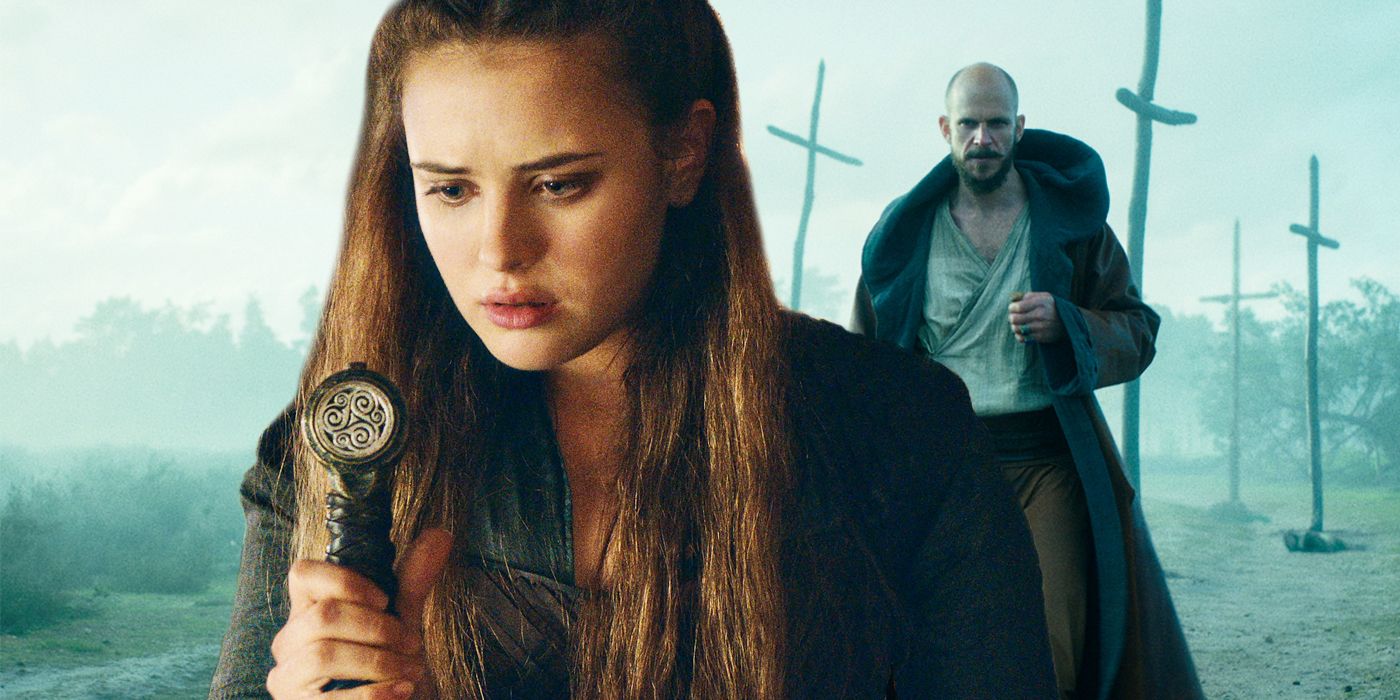 Netflix‘s new Arthurian fantasy series Cursed stars 13 Reasons Why‘s Katherine Langford as Nimue, a young Fey woman with access to great magic, who becomes the wielder of the Sword of Power (known in traditional Arthurian legends as Excalibur). Cursed was adapted for TV by Tom Wheeler and Frank Miller, from their illustrated book of the same name.

Cursed offers a unique spin on Arthurian myths that strays from the usual canon, with characters like Uther Pendragon, Merlin, Arthur and Igraine present in the story – but not as audiences are used to seeing them. The series sees Nimue struggling to save the Fey from a brutal cleansing by the Church, who want to wipe out fairykind altogether. Meanwhile, Uther struggles to hold onto the English throne in the face of public discontent, ill rumors, and a Viking king who wants to claim the throne for himself.

Hannah has been with Screen Rant since the heady days of 2013, starting out as a humble news writer and eventually clawing her way up the ladder through a series of Machiavellian schemes and betrayals. She’s now a features writer and editor, covering the hottest topics in the world of nerddom from her home base in Oxford, UK.

Hannah enjoys weird horror movies, weirder sci-fi movies, and also the movie adaptation of Need for Speed – the greatest video game movie of all time. She has lived and studied in New York and Toronto, but ultimately returned home so that she could get a decent cup of tea. Her hobbies include drawing, video games, long walks in the countryside, and wasting far too much time on Twitter.

Speaking of which, you can follow Hannah online at @HSW3K