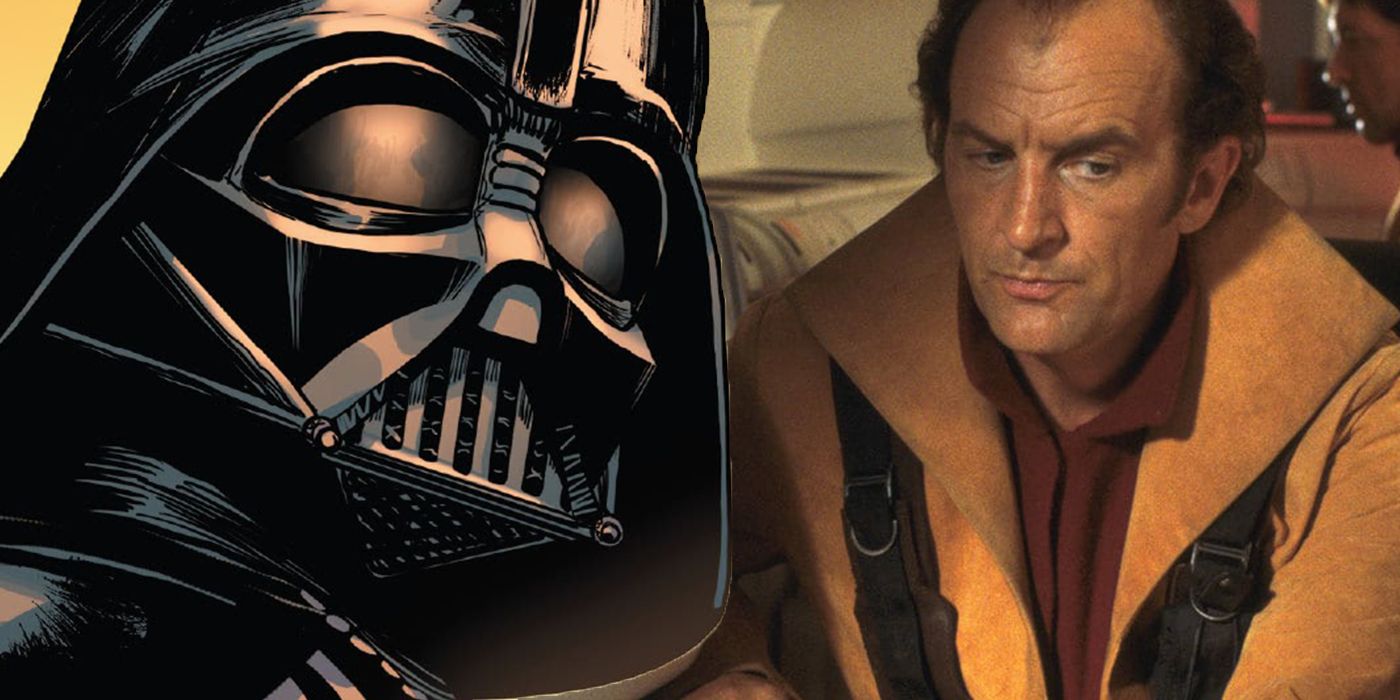 Darth Vader’s arrival on Naboo has been filled with moments that have the Sith Lord reliving his past. As he made his way to Padmé’s tomb, he was stopped by a group of Amidalans, a resistance group fighting in Queen Padmé’s Amidala’s honor. The man leading the fight is Ric Olié, the pilot who taught Anakin how to fly in Star Wars: The Phantom Menance.

Darth Vader’s time on Naboo searching for answers has been met with resistance from Padmé’s Handmaidens and the Amidalans. After getting tricked into visiting a Gungan base with the promise of a video recording giving him more insight on how his former love died and his child was taken away from him, Vader was nearly killed by a Sando Aqua Monster. The ambush failed and Vader made his way to Theed, where he encounters a large group of resistance fighters who didn’t want him desecrating Padmé’s tomb.

Related: Star Wars: Why Emperor Palpatine Has TWO Lightsabers (Despite Hating Them)

In a Star Wars: Darth Vader #4 by Greg Pak, Raffaele Ienco, and Neeraj Menon, Darth Vader’s efforts to get to Padmé’s tomb is slowed by the Amidalans. Among them is Captain Ric Olié. If that name rings a bell, it’s because Olié played a key part in Anakin’s life in Star Wars: The Phantom Menance. Portrayed by Ralph Brown, Olié’ was a pilot for the Royal Naboo Security Forces. He not only plays a key role in the battle of Naboo, but teaches Anakin (as a youngster) how to fly. When Vader encounters him and remembers his lessons, he doesn’t end up being sentimental and stabs Olié where he stands.

The scene, albeit gruesome, is an excellent callback to the prequels. Ric Olié played an important part in Anakin’s upbringing (even if it wasn’t sizable) and the fact Vader seemingly murders him with barely any hesitation shows how far he’s come since. It’s a shocking moment that brings in some lore from Star Wars: The Phantom Menance in a way that makes sense with both the older and newer Star Wars story.

Vader didn’t hold back to get to Padmé’s tomb. He took down every single Amidalan with the help of his death troopers and managed to enter the tomb after getting rid of Padmé’s Handmaidens (while not killing them). Pak, Ienco and co. have done a brilliant job in weaving in elements from across the Star Wars universe to make Vader’s return to Naboo incredibly fascinating and tragic. Ric Olié’s return is surprising – but the fact Darth Vader showed no mercy definitely isn’t – even with the two’s past relationship.

Next: Star Wars: 5 Reasons Why A Young Lando Spin-Off Series Can Be Great (& 5 Why A Qi’ra Series Would Be Better)

Liam McGuire is a comics editor for Screen Rant. He has worked for numerous publications including Cineplex Canada, MLB.com, Vice, CBR.com, and more. You can reach out to him directly at liam.m@screenrant.com