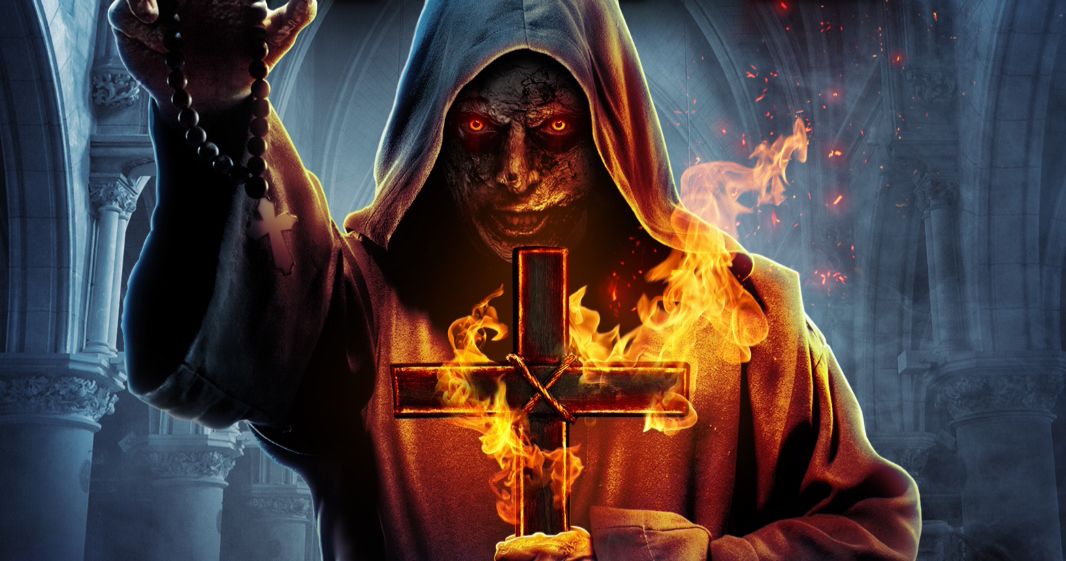 The folks at Wild Eye Releasing have an early holiday gift for us this year with Death to Metal. Watch as the hell-bent priest mutant makes it his mission to rid the world of metal heads! No one will be left to comment, “No false Metal!” Somebody do something!

The official synopsis reads, “Time to turn the gore knob up to 11. Tim Connery’s rockin’ new horror Death to Metal is coming for Christmas. After a freak accident, a disturbed priest is transformed into a mutated killing machine on a mission to wipe out the godless fans of heavy metal music. Dan Flannery, recognized for his role as Tony ‘Tricky’ Trichter on TV’s Empire, is among the ensemble cast.”

Just a cursory glance at my previous articles will let you know, when Wild Eye Releasing is talking, I’m listening. If you like your gore with a bloody splash a giggles (Giggelgore, my new official genre category. Feel free to add it to your vernacular.), then you have found an exemplary source. After you find out who wins the battle of mutant priest vs. headbangers, they have a couple naughty and nice holiday classics in their catalog that are not to be missed.

Caesar & Otto’s Deadly Xmas has Caesar and his half brother Otto take on duties as Santa and his elf. However, the bodies begin to pile up when a fellow store Santa (CKY’s Deron Miller) develops a vendetta against them, and he soon turns Caesar’s list of dinner guests into a list of Xmas-inspired victims! The film features cult movie icons Linnea Quigley (The Return of the Living Dead, Appetite for Sin, Silent Night, Deadly Night), Brinke Stevens (Slave Girls from Beyond Infinity, The Slumberparty Massacre, Beneath the Old Dark House), Lloyd Kaufman (Wombat & Goose Present Outta the Can, Death Breed, A Little More Flesh II), Joe Estevez (The Roller Blade Seven, Soultaker, Return of the Roller Blade Seven), Felissa Rose (Happy Slashers, The Demented, Massacre Academy) and Robert Z’dar. See for yourself!

If you order the DVD, it comes with three commentary tracks (director, cast/ crew, actors), the Behind the Scenes featurette, alternate scenes, plus the short films Piggyzilla, Otto’s First Job, and The Perfect Candidate.

And if you still need more Santa slashing to ring in the new year, might I present Secret Santa? The film shows a group of eccentric college kids, struggling to get through their hectic exams, decide to throw a holiday party, adding a Secret Santa exchange for fun. Little do they know a killer is in town and has made a special list and each one of them has a special present waiting for them. A throwback to classic holiday horror films from the 70s and 80s. “Let’s get this Secret Santa party started!”