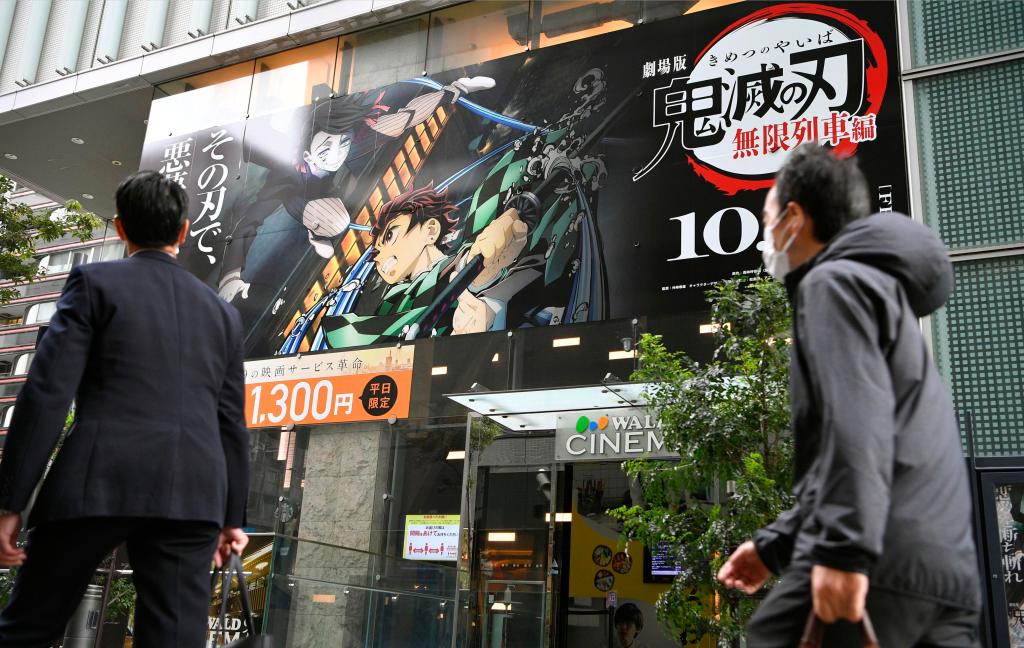 Refresh for latest…: The international box office continues to be led by Asia, with Demon Slayer The Movie: Mugen Train still enjoying runaway success this weekend. Currently the No. 5 all-time biggest movie in Japan, the anime adaptation should climb up to No. 2 sometime in the next week or so. This session, the cultural phenomenon set a new IMAX record in the market, overtaking Bohemian Rhapsody as the format’s top-grossing movie ever with a cume of $14.2M after just 30 days (for comparison, it took BoRhap 135 days to get to $13M).

Full official Japan box office figures for the frame won’t be available until Monday when Toho/Aniplex confirm. However, we are hearing the Demon Slayer cume is estimated around 24B yen ($230M) through Sunday in the market. Using those estimates, the pic that’s based on manga Demon Slayer: Kimetsu No Yaiba which then spawned a popular 2019 TV series, is the No. 4 highest-grossing title of 2020 offshore while releases in Hong Kong and Taiwan will have helped it edge closer to No. 3. Demon Slayer has every shot at eclipsing Hayao Miyazaki’s Spirited Away (30.8B yen) as the No. 1 movie ever in Japan, although it will face some competition next frame from Stand By Me Doraemon 2.

Turning back to IMAX, the 5th weekend of Demon Slayer play in Japan was worth $1.4M from 38 IMAX screens — a drop of only 3% from the previous frame — with a terrific per-screen average of $36K. In Taiwan, Demon Slayer added $225K from 9 IMAX screens, reaching a market cume of $710K, or nearly $79K per screen after only 10 days of play in IMAX, despite starting in the 2nd week of nationwide release. Hong Kong, which released Demon Slayer this weekend, will get the IMAX treatment next session (again, we are awaiting updated overall cumes for these markets).

In China, war epic The Sacrifice led the weekend again, now with a $150M cume (of that $7.8M is from IMAX). New titles in the mix included Millennium’s Hellboy via JL Vision which released last Monday and has a cume of RMB 68.5M ($10.4M) through Sunday, per Maoyan estimates. Total China box office through last Monday had crossed the RMB 15B ($2.3B) mark for the year with 2020 due to become the first time the Middle Kingdom registers bigger box office than North America. On deck ahead are DreamWorks Animation/Universal’s The Croods: A New Age and Zhang Yimou’s One Second on November 27.

The new Hollywood title at overseas turnstiles this session was Universal/Blumhouse’s Freaky. The body-swap twist scared up $1.91M from 20 offshore markets, led by a strong performance in Australia. In total this weekend, Freaky is expected to land the best horror/thriller opening slot in seven overseas markets since the beginning of the pandemic. Combined with domestic, the worldwide weekend is an estimated $5.62M and there is plenty of offshore runway ahead.

The Christopher Landon-directed feature that stars Vince Vaughn, bowed at No. 1 in Oz with $426K on 266 screens including previews. Interestingly, when a horror movie opens in Australia on a Friday the 13th, the Saturday typically sees a 20% jump while Freaky’s was 40%. This was the first session since the COVID-19 outbreak that saw Victoria (which includes Melbourne) reopen its cinemas, though at just a 20-person per auditorium capacity.

In Russia, Freaky is looking at $324K, No. 2 behind local comedy Kaha. In Mexico, the estimate is $171K at No. 3. Despite leaning into horror, Mexico has been soft overall, and from Monday, Mexico City will be under a curfew meaning that evening shows will be affected. Other markets to get Freaky this session include Taiwan, Hong Kong, Singapore, UAE, Sweden and Finland. Coming up are Korea on November 25 and Brazil on December 10. Some European dates are staggered through the end of the year, but are still TBD given uncertainties surrounding cinema reopenings.

In other studio play, Warner Bros’ The Witches conjured another $1.8M from 21 overseas markets for a $13.2M cume to date. Russia continues to lead, now at $3.8M. Brazil releases this week.

WB’s Tenet is closing in on $300M at the international box office with $297.2M through Sunday. Australia saw a 496% increase thanks to the reopenings in Victoria. The global total is now $353.5M ($40.7M from IMAX) with another 15 markets still to come including Argentina, Indonesia, the Philippines and India.

Focus/Amblin’s PG-13 horror movie Come Play added $332K from eight markets, bringing the international cume to $1.99M from 14 hubs so far. The global total is now $9.29M. Come Play fell victim in some markets where it had already opened but which were then shut by authorities due to new COVID restrictions. When operations resume in those markets, Come Play will come out and play again.

Elsewhere, Zee Studios’ family comedy Suraj Pe Mangal Bhari is the first new Hindi release in India since the pandemic began and landed in time for the Diwali holiday. It opened today locally, where there are 50% capacity restrictions, and we will update with figures when they become available.