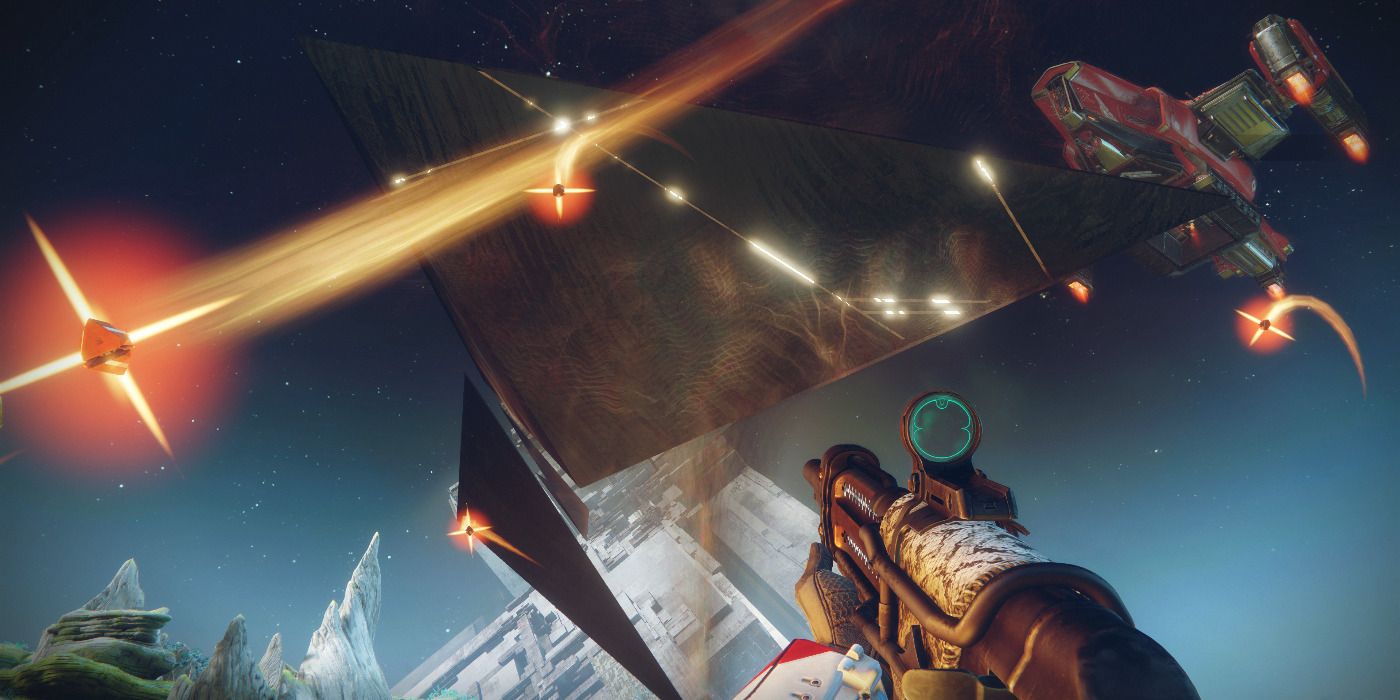 At the start Destiny 2: Season of Arrivals, guardians are already fighting against the early stages of the Darkness’s decent onto Io in the hopes of slowing, if not stopping it completely. A new public event named Contact allows players to imitate Gambit by defeating waves of enemies, collecting motes, and depositing them in order to harvest that energy for the Drifter.

Related: Destiny 2: Season of Arrivals – How to Access The New Player Level Boost

Contact has a total of 4 waves unlike gambit, and the required light level is 1040. Also unlike Gambit, players will encounter two enemy factions at once instead of one; either the vex or the cabal accompanied by Taken. This guide will show players how to get the Heroic finish for this Public event, and earn some extra rewards.

How to Unlock the Heroic Version of Contact in Destiny 2: Season of Arrivals

When players are bashing enemies, taking, and banking motes, the Darkness ship will randomly cause a beam of light to project onto a slightly distant space on the map. If players follow the direction of said beam, there will be a pool of energy with two shielded enemies guarding it; usually Minotaurs or Centurions. Players will notice them attempting to extract a “bloom”  with the help of a champion enemy. The goal is to defeat them all, extract the bloom, and bank it like the motes. The bloom won’t count as a mote, so it will not stop players from picking up more motes since it doesn’t consume part of the 10 counter limit.

Players must do this roughly 3-4 times, resulting in the prompt at the top of the screen declaring the start of the Heroic portion of the event. There is a possibility that players might not kill the enemies attempting to extract the orb before the ring disappears, don’t worry. Even if when the champion attempts to escape, killing it will cause the orb to drop which players can pick up and still collect. The goal is to retrieve all orbs before the enemy carrying them disappears. A large, and more powerful Taken boss will spawn after the 4th wave if successful in making it Heroic, and players will have to kill it before time runs out. There are 3 different Heroic bosses at the end of this event, and killing all 3 will earn players a triumph in for the Arrivals seal. Initiating the Heroic variant will also increase, if not guarantee a chance for an Umbral Engram to drop, so make sure to collect and bank those blooms to earn more opportunities for player-determined loot.

Next: Destiny 3 Not Planned, Bungie Says Splitting Community Was a “Mistake”

Destiny 2 is available on Xbox, PS4, and PC.

Why Jack Marston Is The Saddest Character Rockstar Ever Made
Related Topics
This article was originally published by Screenrant.com. Read the original article here.
Tweet