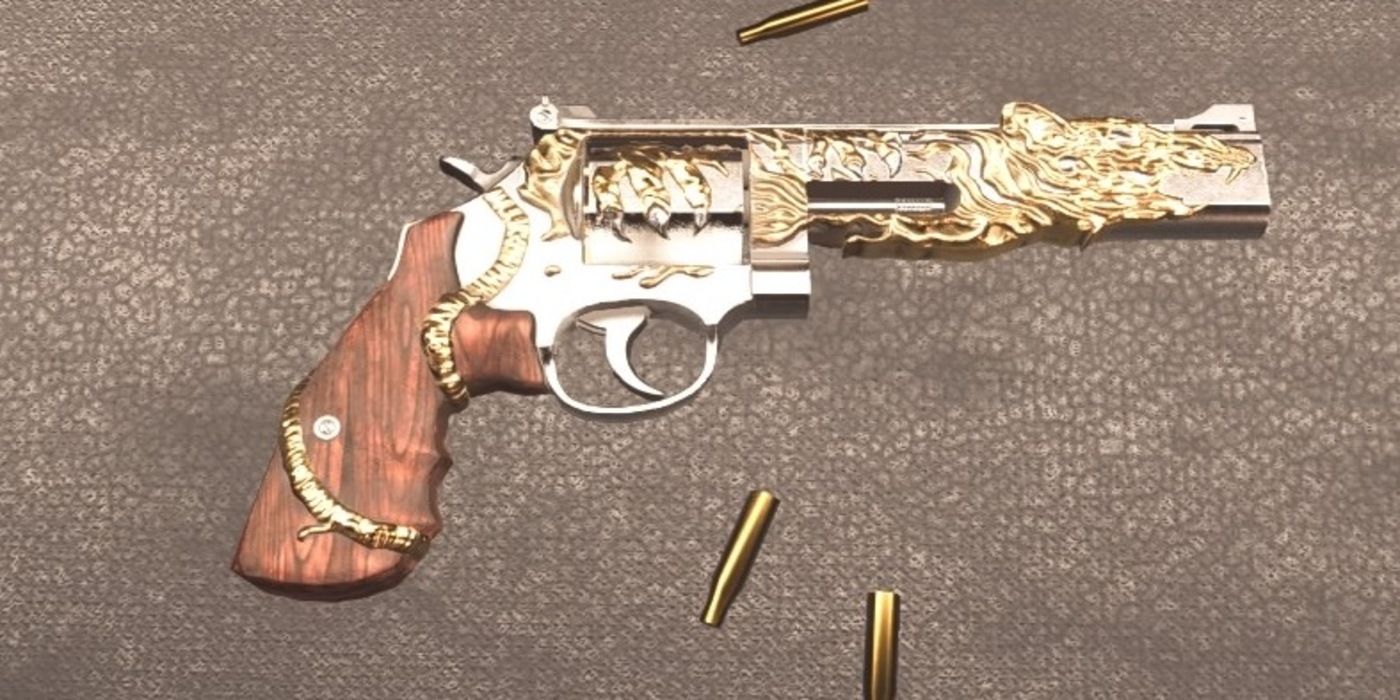 Division 2‘s Iron Horse Raid has a few surprises in it like the Gingerbread Men, the Ravenous, and the cool backpack trophies, but one last surprise is the Regulus. The Regulus is an exotic revolver that takes a lot of time and dedication to get. It’s not as difficult to get versus other items in the game, but it does take a bit of work to acquire. Getting the gun involves many steps to do, and we’ll go through each of them to save time later on in getting it as well.

Related: Division 2: How to Collect All the Keys in Operation Iron Horse

Agents might have seen a similar method of building exotics with the Chatterbox and the Nemesis previously. Just like those two guns, the Regulus will ask to have exotic components collected to craft it. The final parts are in the Iron Horse Raid, but completing each section will require a lot of jumping back and forth between farming inside the Raid and outside the Raid. Another note is that some of the pieces will be Raid specific. This means a lot of Iron Horse missions are going to be needed to complete the projects for the gun.

Step One to Get the Regulus in Division 2

The very first step in getting the Regulus is to complete the Iron Horse Raid. When it does get completed, it will unlock the ability to get two projects. These two projects involve getting all six pieces for both the Bulwark set and all six pieces for the Future Initiative set. The six pieces of equipment for each are the mask, chest, holster, backpack, gloves, and kneepads. Upon getting each of them, donate them to the projects by going to the Projects menu on the main map, then selecting the Project. The backpacks and the chest pieces are locked behind the Iron Horse raid and are gotten only once a week. Here is where having multiple characters can be beneficial as players can farm the chest and backpack pieces for each, and donate them to the projects which are account-wide. After contributing all of the equipment pieces, either one at a time or all together, this completes Step One.

Step Two to Get the Regulus in Division 2

After the two Projects in Step One are finished, Step Two will involve some farming for general equipment pieces to donate to two more projects, one for each set. Unfortunately, crafting the pieces won’t work, but they are easily farmable. It will take some time to get, and a good rule of thumb is to get them beforehand and stash them away until these projects are needed. To earn Alloy and Fabric, players must deconstruct the Bulwark and Future Initiative pieces.  The Materials can only be obtained inside the Iron Horse Raid by either killing bosses or opening chests for the keys to open the final chest at the end of the mission. There are six pieces and components to get for each Project, and they are the following:

Step Three to Get the Regulus in Division 2

After completing Step Two, Step Three involves getting the actual exotic gun pieces. The five parts are called Revolver: Main Frame, Curved Grip, Engraved Drum, Engraved Muzzle, and Gold Ingot. Each boss drops a component for the gun in the Raid with the Gold Ingot being inside the final chest after beating Morozova. Another element that is required is a Police 686 Magnum, but it must be a replica, and that means crafting it at the workbench. After collecting all the parts, agents need to go to the crafting bench at either the White House or Haven, and craft that Regulus.

More: Division 2: How to Survive in Hardcore Mode

Division 2 is available for PlayStation 4, Xbox One, Google Stadia, and PC

Richard Beauchamp, in a previous life, was a classically trained theater actor who also spent time in front of the camera for film and TV. In his spare time, he’s either playing video games, reading graphic novels, or watching/playing copious amounts of hockey. As well, he grew up watching way too much Star Trek and Star Wars and wishes he could be small enough to ride the kiddie rides at the Star Wars theme park.