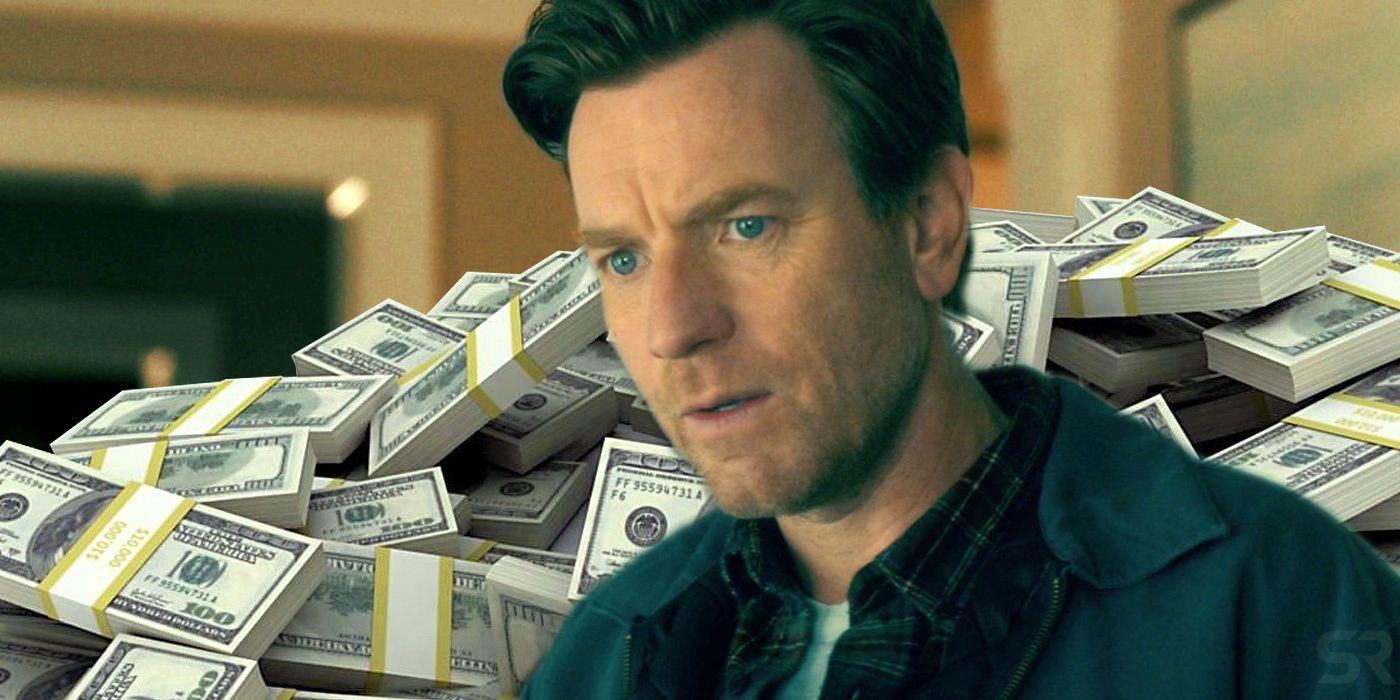 Doctor Sleep is the latest major release on the calendar, but how much did it cost to make? Directed by Mike Flanagan, the film is both an adaptation of Stephen King’s original novel and a sequel to Stanley Kubrick’s The Shining, making it quite the interesting work. It stars Ewan McGregor as an adult Danny Torrance, who protects a young girl from the villainous True Knot – a group of people who prey on youngsters with special abilities. It’s the latest King-based film by Flanagan, who previously helmed Gerald’s Game for Netflix.

King’s always been a popular author, but lately his works have experienced a resurgence in the zeitgeist thanks to some successful film adaptations. Most notably, the IT duology proved to be a huge hit, with the installments bringing in approximately $538.7 million domestically combined. Even those that posted more modest figures (like the Pet Sematary remake; $112.3 million worldwide) turned a profit because the studio was able to keep costs down. Ideally, that will be the same case for Doctor Sleep, which probably wasn’t the most expensive horror movie to make.

No official Doctor Sleep budget total has been posted yet, but we would estimate it’s in the range of $40-60 million. Supporting that hypothesis is the budget of The Shining, which cost $19 million back in 1980. Based on the U.S. Inflation Calculator (which uses data from the Consumer Price Index), $19 million comes out to about $59.2 million when adjusted for inflation. Warner Bros. could have committed a little more or a little less than that, but that number is a solid jumping off point. $40-60 million is a ballpark that makes sense. We’ll update this space when/if the actual budget becomes available.

This means Doctor Sleep does not need to break the bank in order to be considered a success. In some respects, it’s in the same boat as Joker, which was a monumental hit back in October. It goes without saying Doctor Sleep is not going to post Joker numbers at the box office (as iconic The Shining is, its appeal isn’t as widespread as the Joker), but the film does show how smart WB was in setting up their fall slate. IT Chapter Two, Joker, and Doctor Sleep were all mid-budget offerings that were low-risk, high-reward. If Doctor Sleep has a soft debut (right now it’s projected for $25-30 million), it won’t be the end of the world. This is not a Terminator: Dark Fate situation; WB understood what they had with Doctor Sleep and managed costs effectively.

Ultimately, Doctor Sleep should be positioned well for a fruitful run. After an October that was surprisingly short on straight horror films, fans of the genre now have something to check out. And, Doctor Sleep will have a monopoly on that market. Several of the other high-profile titles debuting this month, like Ford v Ferrari, A Beautiful Day in the Neighborhood, and Frozen II, are targeting different demographics. Even if Doctor Sleep’s budget is slightly higher than expected, it’ll be fine.

More: How Doctor Sleep Is A (Very) Different Movie Than The Shining

New Linda Ronstadt Documentary Arriving Next Month
SLASHENING: THE FINAL BEGINNING – Update!
Sexy Bad Habit Nun Featured on HalloweenCostumes.com
11 Biggest Jaw-Droppers From the 2020 Emmys–Aside From the Fact the Show Happened At All
‘The Secrets We Keep’, ‘The Nest’, ‘The Way I See It’ And ‘Alone’ Bring Life To Specialty Box Office