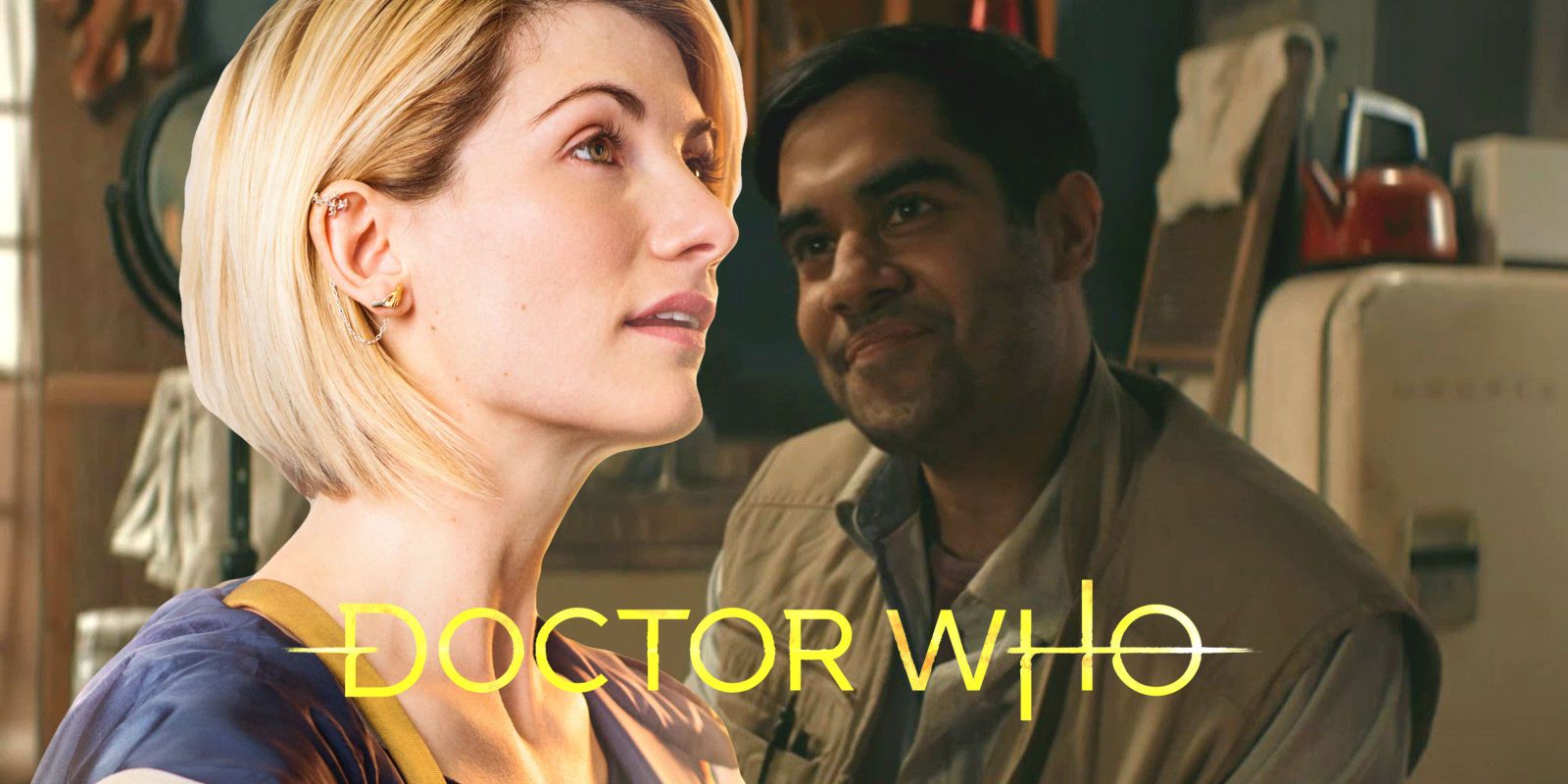 Doctor Who had a lot of espionage fun in “Spyfall,” but also poked a little fun at itself with a joke about the show’s various plot holes. Doctor Who season 12 premiered on New Year’s Day 2020 to a largely positive reception, as the Doctor, Yaz, Graham and Ryan returned to investigate the arrival of a brand new alien species on Earth that had been conspiring with a powerful global social media company. Along the way, the Doctor enlists the help of an MI6 agent with the designation O, however, this kind and unassuming figure is ultimately revealed to be the Master in disguise and the architect of the entire wicked plan.

While still none the wiser about O, the Doctor and her companions visit the former secret service analyst at his Australian hideaway, hoping his investigations into extra-terrestrial activity will provide a lead on the latest in a long string of alien invasions aimed at Earth. During their time in Oz, O reveals to Graham that among the strange activity he’s been studying is the history of the Doctor herself, and he has several volumes collected on a shelf that dig into the Time Lord’s life. O offers to share his findings and the prospect clearly intrigues Graham, but the gang are promptly called away by the Doctor.

Related: Doctor Who: How The New Master Compares To Previous Versions

Although this scene is abruptly cut off, Sacha Dhawan’s Master drops a brilliantly self-referential line that admits to Doctor Who‘s less-than-watertight continuity. Pointing his Doctor research out to Graham, the disguised villain states, “I’ve got a whole shelf over there all about the Doctor, everything I could gather. A lot of inconsistencies, but it’s very, very interesting.” Although the comment is played off in the narrative as O’s research being incomplete, the subtext is Chris Chibnall acknowledging to viewers that Doctor Who itself is full of inconsistencies.

Prime examples of plot holes amassed over the past half-century include the constantly rewritten origins of the Cybermen, the Doctor being touted as half-human in the 1996 movie, the fluctuating rules of regeneration and why the Doctor couldn’t rescue Amy and Rory from the Weeping Angels. However, it’s interesting that Chibnall’s admission comes with a caveat – “it’s very, very interesting.” This line can perhaps be interpreted as a message to viewers that even though plot holes do exist within Doctor Who, that shouldn’t necessarily detract from the enjoyment of the show, especially when there’s decades of continuity for writers to try and navigate.

Strangely, the joke becomes even more meaningful once O is revealed as the Master. An MI6 Doctor fanboy might indeed have inconsistencies in his understanding of the Doctor, but if even a fellow Time Lord can’t entirely piece everything together, there really must be some narrative gaps in the Doctor’s travels. While the line might be purely intended as a nod to long-time fans or an Easter egg for those who try to make everything within Doctor Who‘s canon neatly co-exist, it might also have genuine story implications. In the final climactic plane scene, the Master tells the Doctor that everything she thinks she knows is a lie. Furthermore, there’s a sly glimpse of evil when O asks Graham if he wants to see the Doctor’s history. Has the Master dug up a long-forgotten secret from the Doctor’s past, and is this the inconsistency he speaks of?

More: Doctor Who Has Rewritten The Cybermen Origin 4 Times

Top Gun 2: What Jet Maverick Is Flying In The Trailer
Related Topics
advertising
About The Author

Craig first began contributing to Screen Rant in 2016, several years after graduating college, and has been ranting ever since, mostly to himself in a darkened room. Having previously written for various sports and music outlets, Craig’s interest soon turned to TV and film, where a steady upbringing of science fiction and comic books finally came into its own.
Craig has previously been published on sites such as Den of Geek, and after many coffee-drenched hours hunched over a laptop, part-time evening work eventually turned into a full-time career covering everything from the zombie apocalypse to the Starship Enterprise via the TARDIS.
Since joining the Screen Rant fold, Craig has been involved in breaking news stories and mildly controversial ranking lists, but now works predominantly as a features writer.
Jim Carrey is Craig’s top acting pick and favorite topics include superheroes, anime and the unrecognized genius of the High School Musical trilogy.