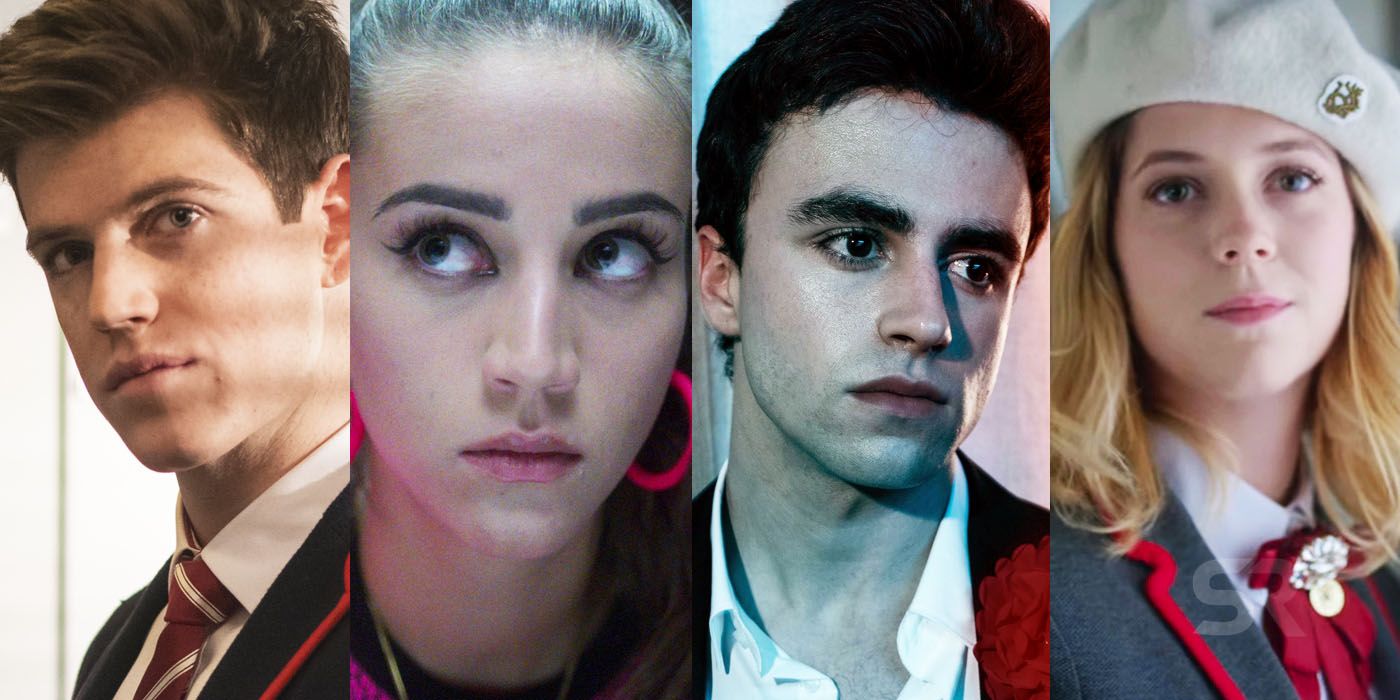 Netflix’s Elite is coming back for a fourth season, but many of the main characters from the past seasons won’t be back – however, there are some that still have a couple more adventures to go through. Élite is a Spanish thriller teen drama series that made its debut on Netflix in 2018. The series was renewed for a second season that same month after receiving positive reactions from critics and audiences, with a third one being ordered the following year.

Élite is set in the fictional school of Las Encinas, and explores the relationships between working-class teenage students enrolled through scholarships and their wealthy classmates, who weren’t very welcoming at first. One of Élite’s particularities is that each season so far has had a mystery or murder at the core of the story: season 1 was all about Marina’s murder at Las Encinas, season 2 covered Samuel’s disappearance, and season 3 tried to solve Polo’s murder.

Season 3 of Élite also gave closure to its main characters, with many of them moving on with their lives and careers, either at Spain or abroad. Because of that, many fans were wondering if there would be a fourth season and if so how would the series be able to continue without its main group. Luckily, Netflix renewed Élite for a fourth and fifth season, and even though new characters will be introduced, some others will be back for (at least) one more season of mysteries. Here’s every returning character confirmed for Élite season 4.

Samuel’s story is not over yet, and he will be back in season 4. Samuel was the one who took viewers to Las Encinas in season 1, as he arrived there (along with Nadia and Christian) following the collapse of his school. After falling in love with Marina, he got involved in a love triangle (that included his brother) and a clash of lifestyles fueled by envy and discrimination. Season 2 followed his disappearance, which was part of a plan made with Guzmán in order to pressure Carla to confess who killed Marina. Samuel will be back after being expelled from Las Encinas on the last day of school, but has now been allowed back to repeat the school year.

Guzmán has gone back and forth between enemy and ally, not only of the transfer students but also of his own group. He spent season 2 trying to get justice for his sister’s murder and joined forces with Samuel to take Polo down after learning he was the real murderer. Ultimately, he forgave Polo on his last seconds of life, and began to rebuild his friendship with Ander after many ups and downs. Guzmán was expelled along with Samuel, but he’s ready to get back on track and continue studying at Las Encinas. It will be interesting to see how his relationship with Samuel continues to evolve and how he handles Nadia’s absence, as her brother’s presence will surely be a constant reminder.

Rebeca’s problems most likely aren’t over yet, and she’ll be back in Élite season 4. Rebeca was introduced in season 2 as she moved to Guzmán’s home (as his family had to move at the end of season 1) and enrolled in Las Encinas. Rebeca is a rebel, and likes to flaunt her wealth through her outfits (and parties). Unlike most students at Las Encinas, Rebeca wasn’t born into wealth: her mother has been running her own drug business for years, and she got Samuel involved in it in season 2 when he needed extra money to help his brother. The drug business had its consequences, and her mother was arrested and eventually released – and by the end of season 3, she was rebuilding her empire, much to Rebeca’s despair. As she began to deal drugs (with Valerio’s help) at school when her mother was in jail, she was kicked out for the school year, but is allowed to go back. Season 4 will show if she and her mother have stayed away from the drug business or continue to live on the edge.

Related: What To Expect From Elite Season 4

Cayetana is no longer a student at Las Encinas, but that doesn’t mean there’s nothing more to tell about her story. Cayetana was one of the characters introduced in season 2, and though she appeared to have a perfect life that fitted with the wealthy standards of the students at Las Encinas, it was all a lie: Cayetana actually came from a poor background, and her mother worked various jobs as a maid and janitor, including Las Encinas, which allowed her to get a scholarship. Cayetana’s charade was eventually discovered, and by the end of season 3 she was working as a janitor at Las Encinas, just like her mother. Whether Cayetana finally learned that it’s not worthy to pretend to be someone you’re not or will do so again is unclear.

Ander had an intense storyline in season 3. Ander is one of Guzmán and Polo’s closest friends, with the latter confessing to him that he killed Marina. This deeply affected his relationship with Guzmán, but the events in season 3 brought them together. Ander was diagnosed with leukemia and spent the whole season in chemotherapy. Ander entered remission and reunited with Omar, and as he couldn’t complete the school year because of his treatment, he will be back in season 4 to repeat the school year along with the aforementioned characters.

Though he’s no new character in Élite, he is a new student at Las Encinas. Omar was introduced in season 1 and is Samuel’s friend, Nadia’s brother, and Ander’s boyfriend. Omar spent season 1 working at his parents’ business and accepting his sexuality. In season 2 he moved in with Ander after his father kicked him out and began working at the club as bartender. By the end of season 3, Omar’s father finally accepted his son’s sexuality and relationship with Ander, and Omar was ready to begin a new phase in his life by enrolling in Las Encinas.