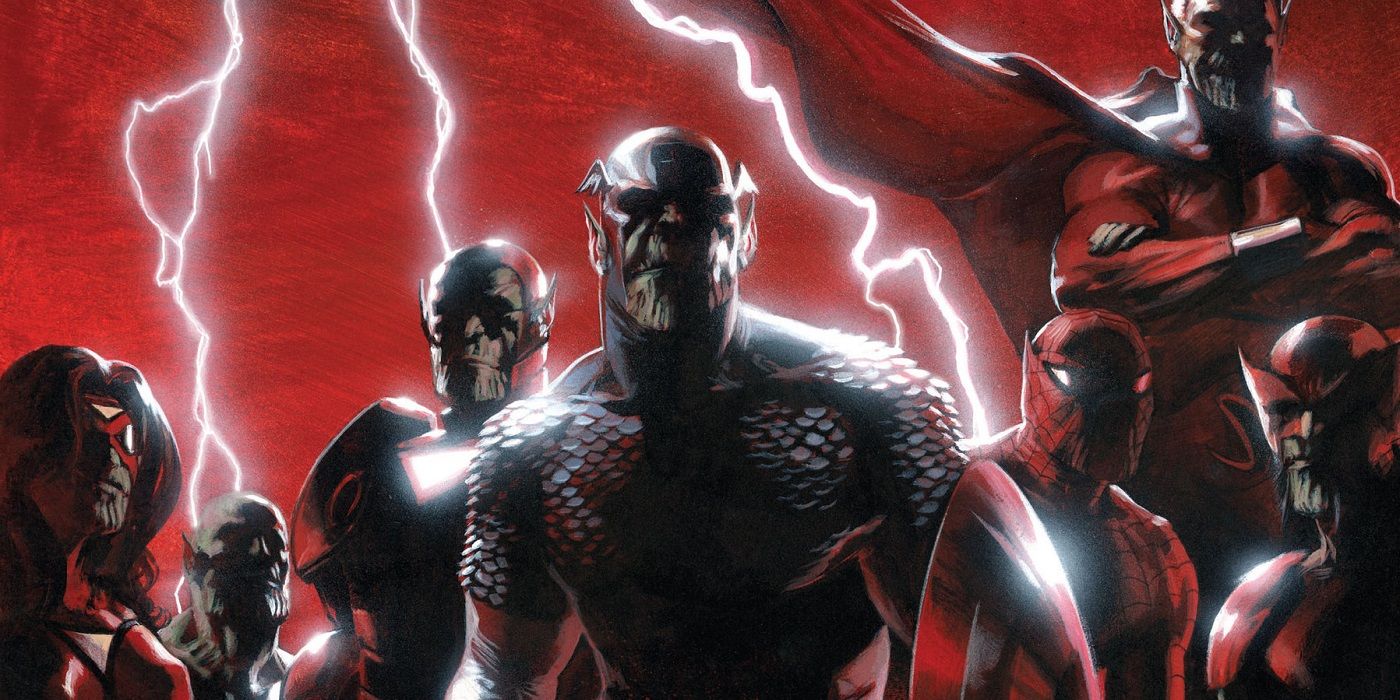 Spoilers for Empyre #3 below!

In Marvel’s new Empyre story line, two galactic empires that have warred for centuries have found peace, but only for the purpose of turning their cosmic firepower toward new threats, including Earth. The Kree/Skrull Alliance are using our planet as the battleground for a war against the Cotati, a formerly peaceful society that is now waging bloody vengeance against the two factions across the galaxy. In Empyre #3, the Skrulls reveal a weapon that even they consider abominable: the Pyre, which detonates a star, destroying the entire solar system around it. How do the shape-shifters know it works? They’ve already used it, causing billions of casualties, all of whom were dedicated cosplayers.

The regimented Kree and shape-shifting Skrulls have been a part of the Marvel universe since nearly the beginning. Both alien races have attempted to invade Earth at one time or another, but they reserve their deepest hatred for each other. In Empyre, the pair have united against all odds for the sake of defeating the Cotati.

Related: Empyre’s Biggest Twist is All About Hulkling’s [SPOILER]

Just as Earth is home to many cultures and ideologies, the Kree and Skrulls each have subgroups and splinter factions. The most off-the-wall Skrull faction is (or, at this point, was) the Kral system, a set of planets where the Skrulls reproduce Earth culture and history. These benign worlds are full of Skrulls who stay in human form full-time, never breaking character as they play out their chosen genres: Roman gladiator dramas, Westerns, and so on. The Fantastic Four once ran into trouble on the gangster planet of Kral IV; more recently, the USAvengers spent time on Kral X, a world based on Archie Comics.

But the Cotati, who grow their occupation forces from seeds, took root in the Kral system and began to infiltrate. Rather than attempt to save the fringes of Skrull society, the emperor Kl’rt (aka Super-Skrull) used an ’astronuclear weapon’ to set off the Kral sun and eradicate the Cotati from the empire. In Guardians of the Galaxy Annual #1 from 2019, before Empyre was announced, space cop Nova witnessed the use of the Pyre firsthand. He arrived in response to a distress call about Skrulls looting the worlds for valuables, only to discover that they were clearing it out before the ’subversive’ Krallians were wiped out. Nova helped a scant few evacuate, meaning some Kral dwellers survived, but billions more died.

Now, Kl’rt is acting as counselor to the emperor of the Kree/Skrull Alliance, advising Avenger-turned-space-king Hulkling. The new emperor is too compassionate to destroy any world, especially not his home… but two worlds are depending on him for protection and unity, lest they destroy each other while the Cotati clean up the mess. What happens next will be the stuff of legends for Skrulls and humanity alike… but, thanks to the Pyre, those legends won’t be reenacted in cosplay.

Marvel’s Empyre #3, written by Al Ewing and Dan Slott, with art by Valerio Schiti and color by Marte Gracia, is now available from local comics shops and digital providers.

More: The Villains of EMPYRE Just Recruited An Avenger

Sean Finley is a comics news writer for ScreenRant. Mutated as a child by a radioactive copy of Amazing Fantasy #15, he now contributes articles, reviews, and short fiction to local and online outlets using a variety of thematic personas. When he isn’t writing, he’s the forever DM for his local D&D group, where everything is made up and the points don’t matter. You can reach him at wseanfinley (at) gmail.com.