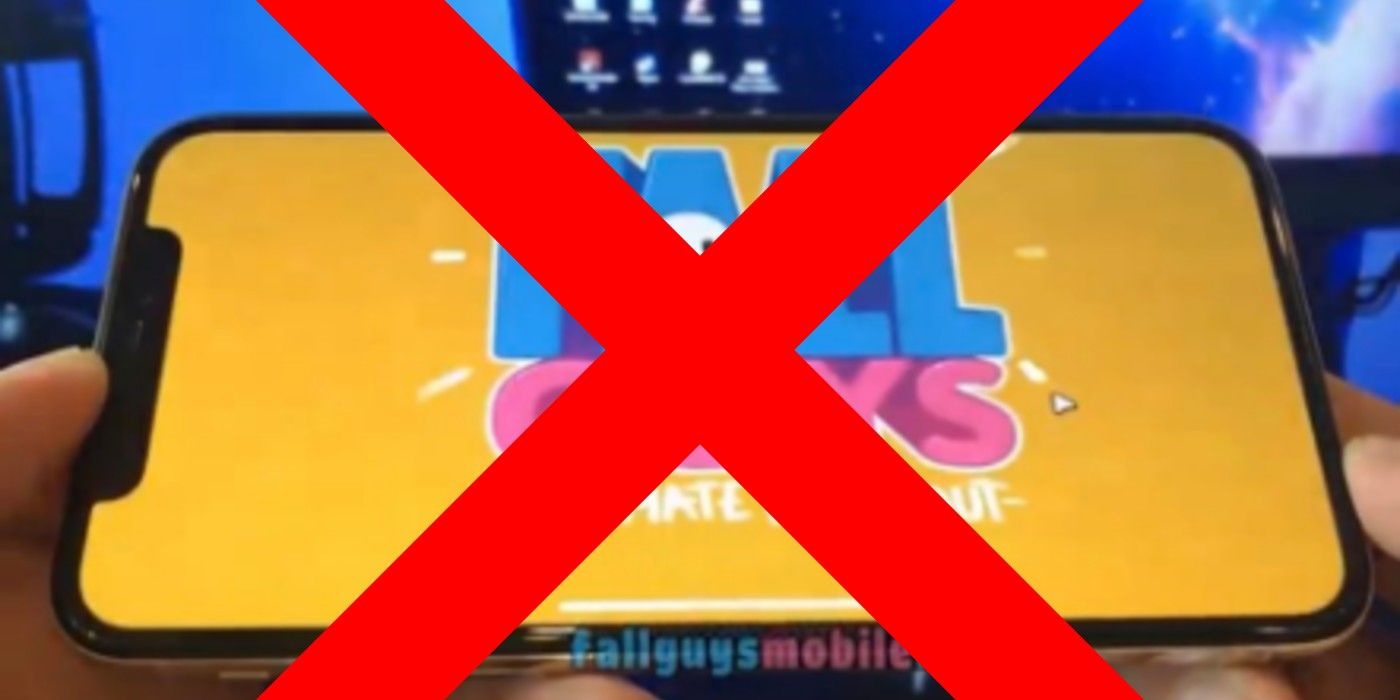 Mediatonic, developer of recent smash hit Fall Guys, has warned fans about a scam about allegedly bringing the game to mobile devices. Fall Guys released on the August 4th for PC and PlayStation 4, and only those two consoles.

It’s hard to overstate the success of Fall Guys. The bombastic battle royale pits players against each other in a number of zany obstacle courses. The game’s adorable art style, unique and silly take on battle royale gameplay, and truly endearing character design made it an instant success, resulting in towering sales and a player base far higher than the developers were prepared for. Everybody has been getting in on the Fall Guys fun, including brands like Chuck E. Cheese and KFC, who have been pushing for branded cosmetics to appear in the game.

Unfortunately, there are forces in the world with much less noble intentions than Chuck E. Cheese. On the game’s official Twitter account, Fall Guys developer Mediatonic called attention to a scam that’s been seen lurking around the internet. This scam consists of YouTube ads for a mobile version of Fall Guys that definitely does not exist. The ad shows Fall Guys gameplay on a smartphone that is clearly just prerecorded video footage that an actor is pretending to play. As Mediatonic points out, the scammers didn’t even remove the computer cursor from the footage, and it stands out quite glaringly on the phone screen.

Fall Guys is only available on PC & PS4

a) They’re literally playing a video and pretending to play it
b) There’s literally a mouse cursor on the screen
c) I don’t want to live on this planet anymore
d) Yeet me into the sun pic.twitter.com/ZKfw5gVaqW

Mobile marketplaces have earned a nasty reputation for playing host to legions of copycats of successful titles. For the most part, these ripoffs are just shallow, poorly-made games plastered with advertisements by people hoping to make a quick buck. They’re annoying but relatively harmless. Others can be much more sinister, and can lead to viruses, malware, and all sorts of other issues. Mediatonic’s obvious distress at having its game used for such insidious purposes is absolutely warranted.

The internet is a beautiful place, in theory. It has forever changed nearly every aspect of human society, and the possibilities that can be done with it are all but endless. Unfortunately, anything with this much open-ended potential has just as much potential to be used for evil. The only thing worse than this blatant scam is the thought of how many people might have already fallen for it. A gaming titan like Fall Guys is bound to draw a lot of attention, and it takes frighteningly little effort to draw that attention away from the actual game and into something much worse. It’s a good thing that Mediatonic is keeping an eye out for such impostors and actively working to make Fall Guys a fun and safe experience for everyone.

Fall Guys is available on PlayStation 4 and PC.

(Un)Well: What The Netflix Documentary Leaves Out About The Dangers of Fasting
Related Topics