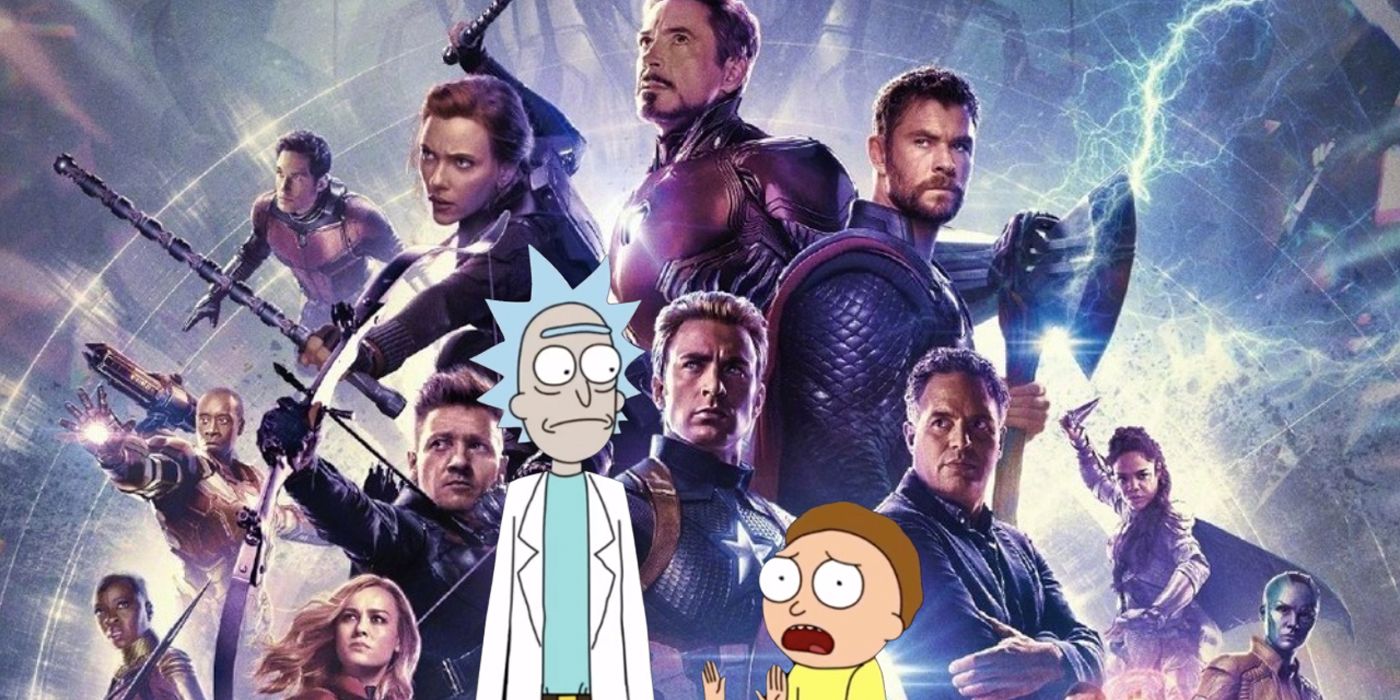 A talented social media user has created the ultimate crossover between Rick & Morty with The Avengers. There are few franchises that die-hard fans are more passionate about than Marvel’s Cinematic Universe and Adult Swim’s Rick & Morty.

The MCU blew fans away last year when they culminated twenty-two movies and ten years of filmmaking in the epic Avengers: Endgame, a 3-hour conclusion to the previous year’s Avengers: Infinity War. Meanwhile, Adult Swim’s hit animated series, Rick & Morty, has impressed an ever-increasingly rabid fanbase with three and a half stellar seasons of irreverent, often thought-provoking sci-fi comedy.

Fans of both franchises have imagined what a crossover might look like, but no one has visualized that potential meeting as vividly and concretely as an Instagram user calling themselves Zerologhy.

Related: When Rick & Morty Season 4 Returns (& What To Expect)

In a series of images posted to their account the digital artist channeled their mutual love of Ricky & Morty and Marvel’s Avengers into several beautifully rendered and reimagined scenes from Avengers: Endgame now co-starring the dysfunctional mad scientist and his permanently exasperated grandson.

The artist begins their tribute with the heartbreaking opening scene of Endgame, which finds a stranded and hopeless Tony Stark peering out into the vastness of space from the cockpit of the Benatar, by adding Rick’s signature spaceship hovering just outside the cockpit. In the passenger seat fans can clearly see a concerned Morty staring back at Robert Downey Jr’s pensive Tony Stark, while an annoyed Rick sits in the driver’s seat clearly ready to continue their journey without stopping to help the stranded billionaire, philanthropist genius.

The second image, a bit more subtle than the first, switches the view to inside the cockpit of the Benatar where we find a morose Tony Stark seated crossed-legged on the floor ready to record a message that he can only hope will make its way back to his beloved Pepper Potts. However, the artist has replaced Tony’s broken Iron Man helmet with the top half of Rick’s head which peaks out from a glowing green portal he’s opened in the floor. The third image retcons Rick and Morty around the Avenger’s conference table as Rocket Racoon briefs the remaining heroes on the whereabouts of the villainous Thanos. Another image adds the grandfather/grandson team to the iconic group shot of the Avengers standing to welcome a long-absent Captain Marvel to their discussion, Morty appears as surprised by her arrival as the rest of the team, while Rick is characteristically nonchalant and cracking open a beer.  The artist’s final reimagining adds an unusually chipper Rick, hands in the air celebrating some victory, in front of an equally happy Hulk who is moments away from sending Ant-Man on a time-travel induced journey into his own youth. The artist’s only caption on the post reads, “Let’s go get this son of a b*tch, Morty (Part 1)” teasing that more of these hilarious reimaginings might be in the pipeline.

Rick & Morty, which wrapped the first half of its fourth season in December, will return with additional episodes sometime this year, but no official release date has been announced. Although, fans were recently treated to a short Pringles ad featuring Morty and a classroom full of robots, sparking hopes that an official release date announcement is on the horizon. That’s more than fans of The Avengers have been promised as Marvel Studios has made no announcement about when to expect the next Avengers movie. Which isn’t to say the Marvel Cinematic Universe is slowing down, with a long-awaited Black Widow feature due in theaters on May 1st, and a big-screen adaptation of Eternals due in November.

Felicity Huffman Requests Passport Back as Sentence Nears Completion
From Pilled Sweaters to Stained Suede, Handle Wardrobe Annoyances Like a Pro
Regal Cinemas Reopening In New York Following Gov. Cuomo’s OK For Movie Theaters
Eric Prydz Drops Beloved Fan-Favorite Track “NOPUS” In Its Final Form [LISTEN]
The Bachelorette Was So Awkward and We Have So Many Questions