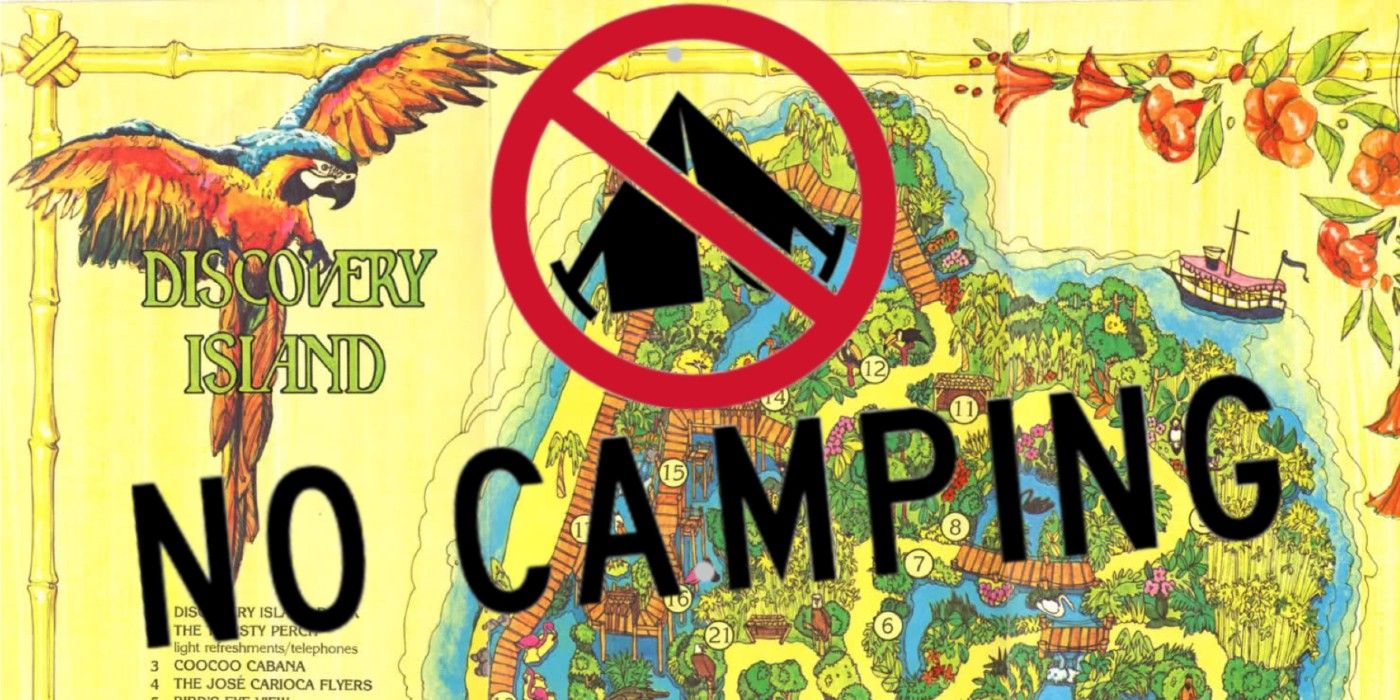 A Florida man found quarantining in an abandoned Disney park compared his short-lived solo adventure to paradise. Disney has been forced to keep their parks closed amid the ongoing coronavirus pandemic, something understood to have pushed them into losses of an estimated $20 million a day, and there were fears they could remain shut until next January after a planned reopening was postponed indefinitely in March. There is now hope of reopening locations in June but there will be a lot of rules to follow and the company is also considering making temperature screening mandatory for future guests. The park in question, though, has been closed since 1999 and was a zoological attraction before the opening of Disney’s Animal Kingdom Park.

Related: The Rules Disney World Must Follow To Reopen In June

According to the Orange County Sheriff’s Office (via Click Orlando), deputies were summoned to Walt Disney World’s Discovery Island last Thursday after Richard McGuire was spotted on the property. The arrest report states the law enforcement officers searched for the 42-year-old on foot, via helicopter and by boat before making contact. McGuire told officers he did not hear them because he was sleeping inside one of the buildings on the island after he was told they had been using a loudspeaker in attempts to get his attention. He also claimed he did not know the property, which he branded a “tropical paradise” was off-limits and he had been camping there since Monday or Tuesday with plans to remain for about a week. McGuire has since been charged with trespassing on posted property and is now banned from all Walt Disney World properties.

Florida deputies arrested a man who had been living out his quarantine on a shuttered Disney World island. Orange County Sheriff’s deputies found Richard McGuire on Disney’s Discovery Island on Thursday. https://t.co/i1cJFENIQf

Self-isolating in an abandoned Disney location probably seemed like a good idea at the time – and Richard would probably still claim it was worth it, given that he thought the place was paradise – but all he’s succeeded in doing is getting himself an annoying charge. As for not knowing he wasn’t supposed to be there, he had to get past a gate and signs; those should have been warning enough.