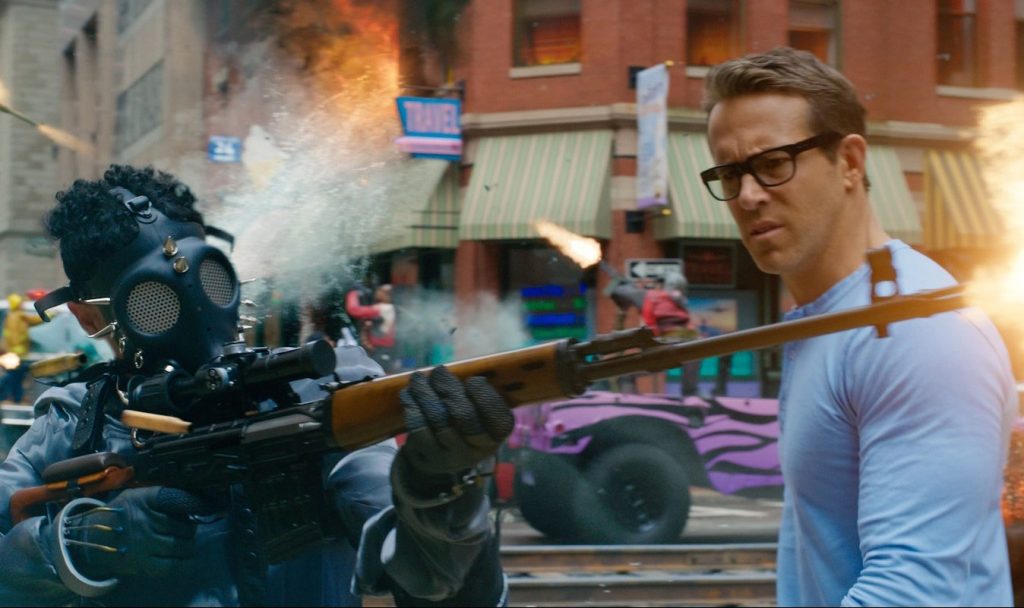 Refresh for latest…: One of the only Hollywood titles to recently be granted a China release date, Disney/20th Century Studios’ Free Guy flew into the market with a $23.9M start. This is a solid launch in the Middle Kingdom, particularly in the current climate, and helped push the Ryan Reynolds-starrer past $100M at the international box office. The full offshore weekend was $37.3M in 47 markets, a slight 23% drop from last session, and the total overseas cume is now $100.3M for $179.6M global.

We’re seeing strong word of mouth continue to propel this original IP from director Shawn Levy. Notably in China, there were daily increases throughout the weekend. The film has a 7.8 from critics on Douban and a 9.1 from moviegoers on Maoyan. The latter on Sunday upped its full-run projection in China to RMB 491M ($76M). Free Guy currently leads pre-sales in the market through Thursday this coming week. About 20% of sites are still closed in China.

Elsewhere, Free Guy is still No. 1 in the UK, Australia, Brazil and Mexico. In Germany, it got a 10% bump, despite last Monday’s introduction of the health pass requirement.

As noted earlier this week from our perch at CinemaCon, Universal’s F9 crossed $700M global on Wednesday, making it the only Hollywood title to the mark in 2020 and 2021. The worldwide gross through Sunday is $704.24M. Two other pictures hit milestones this weekend with Universal/DreamWorks Animation’s The Boss Baby: Family Business topping $100M worldwide and Warner Bros/DC’s The Suicide Squad moving past $100M international.

In new play, Universal/MGM/Monkeypaw’s Candyman opened in 51 international markets this weekend with $5.23M (that reps UPI and MGM markets combined). The global total along with domestic’s No. 1 start is $27.6M. The best overseas starts were the UK, Spain, Mexico, Russia and Germany.

Regarding the situation overall internationally: France, Italy and Germany require health passes (or a recent negative Covid test) to attend cinemas; 65% of Australia’s box office is locked down and New Zealand is entirely shut; Japan has restricted hours and capacity limits in 90% of the market; Korea still has Level 4 restrictions in place and all of South East Asia (save Singapore) is still closed.

This coming Wednesday (September 1), Disney/Marvel’s anticipated Shang-Chi And The Legend Of The Ten Rings begins global rollout starting in France, Korea and Italy.

Breakdowns on this week’s films above and more are being updated below.