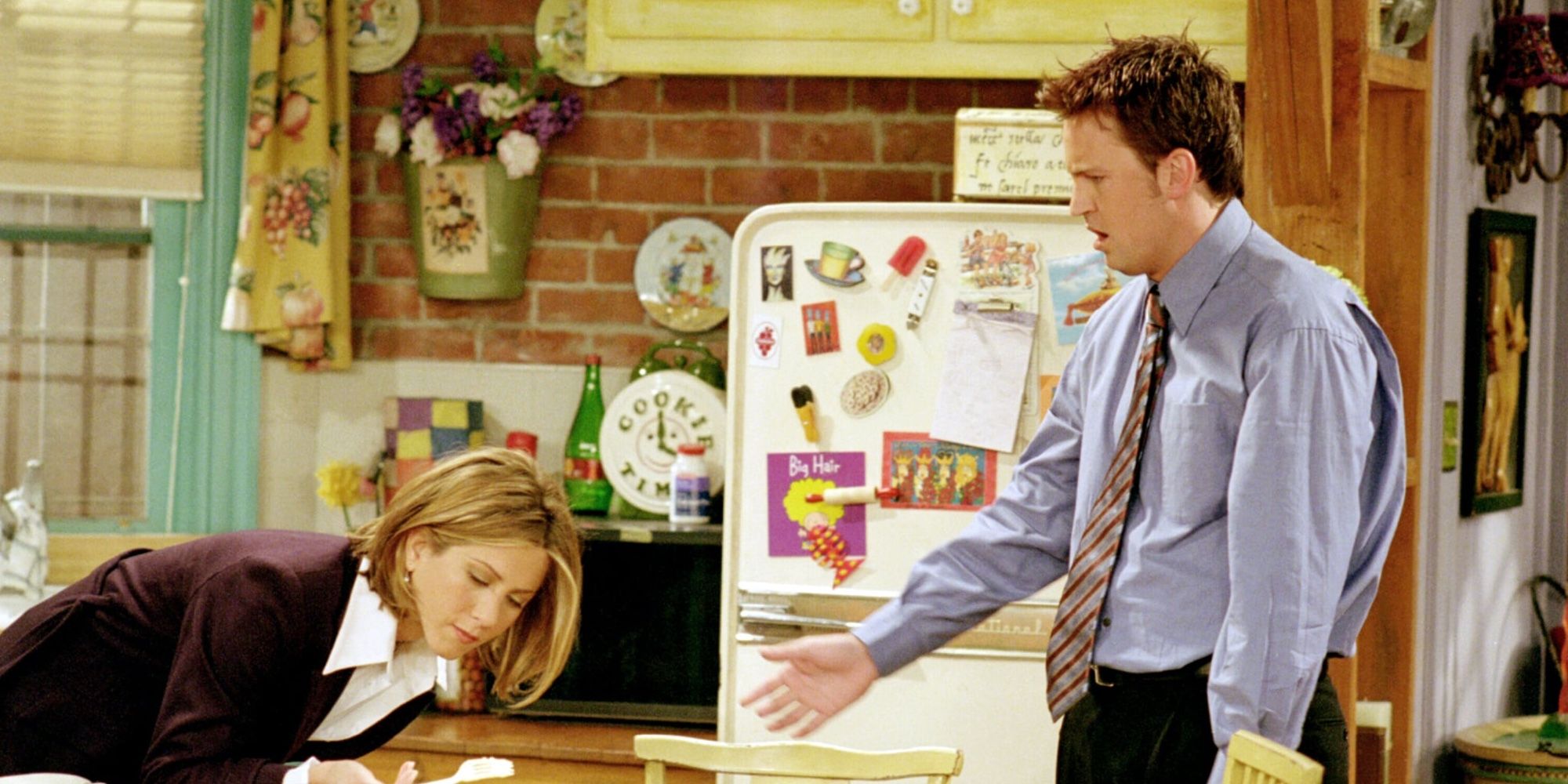 Friends star Lisa Kudrow has revealed which one of her co-stars on Friends gave her a prop as a gift. Lisa Kudrow has been keeping busy in recent years, appearing in TV Shows like Netflix’s The Good Place and Feel Good, and signing on to lend her voice to the Fox animated show Housebroken. Most recently, she appeared in Netflix’s Space Force series, playing the wife of Steve Carell. However, despite these roles, Kudrow will always be best known for playing the “flaky” Phoebe Buffay on NBC’s classic show about six 20-something-year-olds in New York, Friends.

Even though it has been over 16 years since Friends came to an end, it’s still as popular as ever, with a whole new generation having watched it on Netflix, and now, the newly launched HBO Max. In addition to reportedly paying over $400 million for the Friends rights fee, HBO Max had planned a reunion of the original cast to air when the streaming service launched, but due to the coronavirus, that has been delayed. Although, despite the delay, it hasn’t stopped Kudrow from sharing new behind the scenes Friends stories about her and her co-stars.

Related: Friends: Where The Opening Credits Were Shot

On a recent episode of Jimmy Kimmel Live (From His House), Kudrow appeared on the show and was asked if she took any “mementos” from Friends. Kudrow replied by saying she was “given one,” before pointing to the ‘Cookie Time’ jar behind her, the same one that is in Rachel and Monica’s apartment. Kudrow told Kimmel that Matthew Perry (Chandler) gave her the jar as a wrap gift, noting that they were “laughing hysterically and crying” on the day. She also provided the backstory to the gift, explaining how she pointed to the cookie jar as if it were a clock when Phoebe had to suddenly get up and leave because she was late, which made Perry point out that she pointed to a cookie jar.

The story is humorous and quite heart-warming, as it highlights the close bond and camaraderie the cast all shared, which is what helped make them such an endearing viewing experience for the old and new generation. Also, it highlights Perry’s beloved sense of humor, which was not only evident in his portrayal of Chandler, but also in between filming, as Friends blooper reels have highlighted his comedic antics during the shooting of scenes, and scenes which he was not even a part of.

Stories like this will likely leave fans of the show more upset that the reunion special has been delayed, as it was likely that the cast would have shared countless fun stories throughout their time on the show. However, HBO Max head Bob Greenblatt recently noted that they had built the old apartment set for the special and that the cast will not be playing their old characters for the special. Judging by Greenblatt’s comments, and the sizable investment in Friends and the reunion itself, it’s likely fans will eventually get the HBO Max Friends reunion, and Kudrow and co. will get to share more stories, giving fans that nostalgic experience.

Next: Everything Available At Launch On HBO Max

Humza Hussain is a Screen Rant News Writer who has studied and covered the film industry for the past six years. He has reviewed countless high profile releases such as Hobbs & Shaw and Dragged Across Concrete and interviewed names like director S. Craig Zahler and Stephen Moyer for VultureHound Magazine. Humza also dabbles in the world of professional wrestling, as well as having a keen interest in various other combat sports.