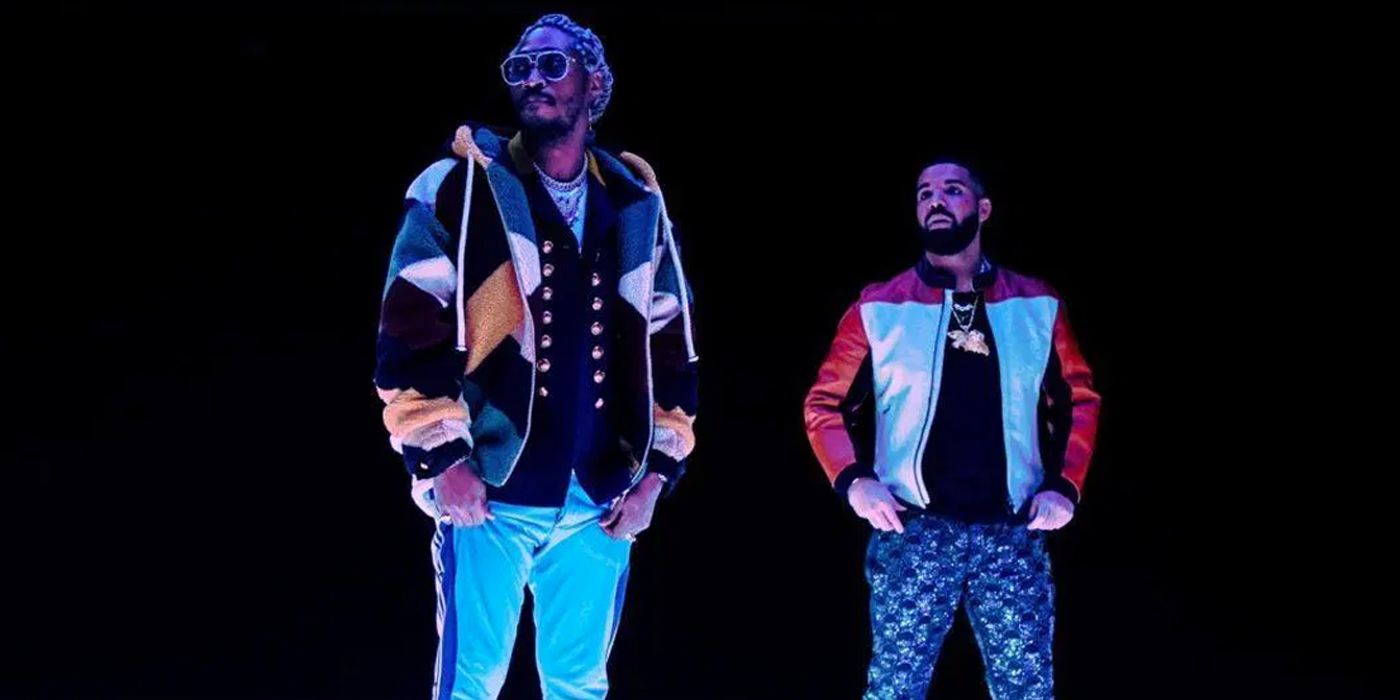 Future and Drake’s highly anticipated “Life Is Good” music video has dropped, and it is stacked with cameos. The two rappers have wowed fans and the music industry once more as they tell their own story of the everyman’s daily grind.

Drake first appeared on public radar when he starred on the teen drama Degrassi: The Next Generation, playing the character Jimmy. The Canadian rapper used the show as a platform to further his music career, as he often performed on the show. Eventually, Lil Wayne would discover Drake and sign him to his label, Young Money Entertainment, in 2009. As far as his personal life goes, Drake has a son named Adonis, born in 2017, with artist Sophie Brussaux, and he was recently rumored to be romantically involved with Keeping Up with the Kardashians’ Kylie Jenner after her split with Travis Scott, but the two assured fans that they are just friends.

Related: The 10 Best Music Videos Of The Decade, Ranked

After weeks of anticipation, Future and Drake hit the music world with their highly-anticipated single, “Life is Good,” which includes quite a few cameos from the world of hip hop. Future and Drake also had some of their beats supplied by OZ and D. Hill. The music video shows both rappers working in their mundane 9 to 5 jobs as phone salesmen, mechanics, and garbage men. The music video was directed by Little X and, to fans’ delight, the video also included some of Drake and Future’s hip-hop colleagues, such as Big Bank Black, Lil Yachty, 21 Savage, and Mike Will Made it. Check out the video below:

In the song, the two musicians rap about their daily hustle, but appear happy enough as they joke with one another about not having time to pay their taxes and flirt with a woman at a fast food drive-thru window. Fans have been quick to start dissecting the lyrics as Drake seemed to take verbal shots at Kayne West, saying, “Gotta move off my release date,” which could be referencing their long-standing feud.

Feuds are as commonplace as cameos in the music industry. In fact, the end of 2019 saw the rise of one of the industry’s more nasty feuds – this one between Masked Singer host Nick Cannon and Eminem. Mariah Carey was even pulled into the mix purely by association. So, as with everything else in the world of entertainment, the most compelling element isn’t always the art itself, but the artists, and whether their personal slant leans positive or negative. In the case of Future and Drake’s latest collaboration, it appears to be a bit of both.