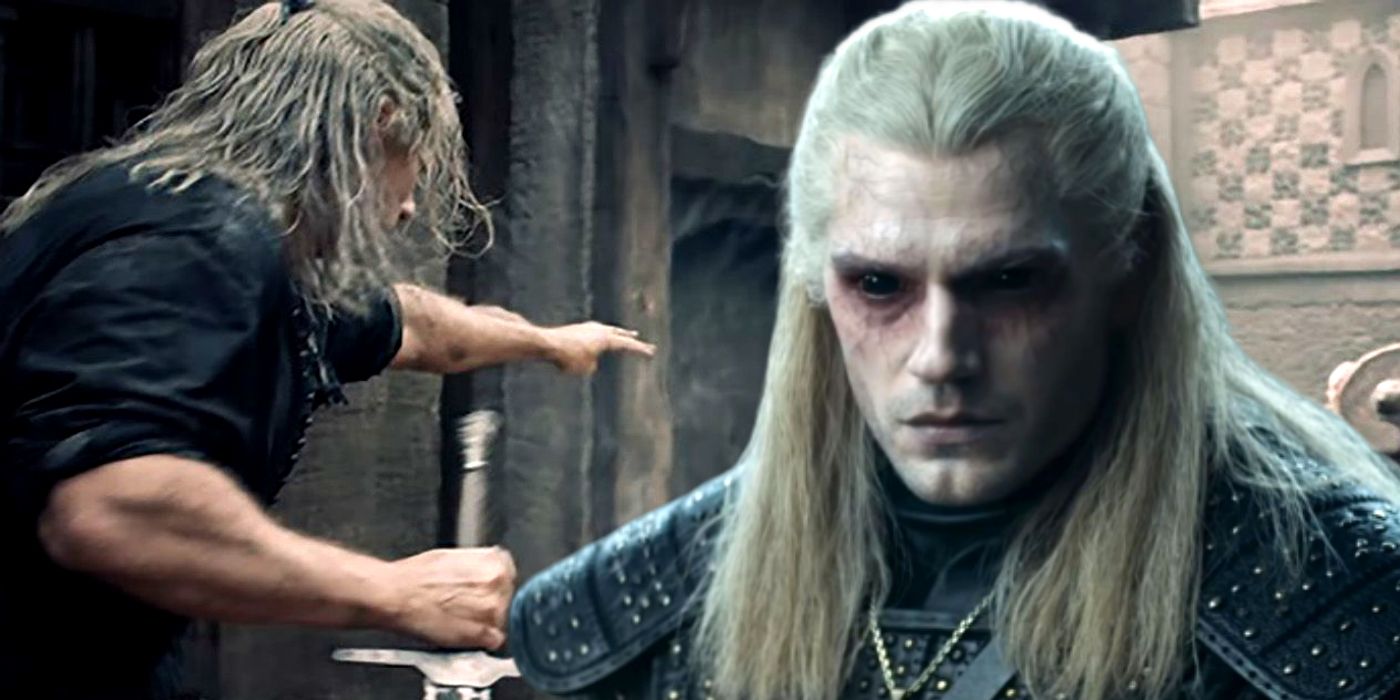 The Witcher universe is saturated with unusual creatures and magic, but only a select few are able to wield its tremendous power – including Geralt. While mages are able to harness the chaos with adept skill, acutely aware of the balance between give-and-take, Geralt’s magic powers differ somewhat. Instead of casting full spells, Geralt is able to perform weaker magic, known as Signs.

During Geralt’s training and mutation at Kaer Morhen, he learned advanced combat skills, as well as the ability to cast simple Signs. These useful spells aid him on his missions around the Continent, allowing him to interact and fight monsters like no human ever could. In the Netflix series, The Witcher, Geralt is seen wielding a number of these abilities.

Related: The Witcher: How Henry Cavill’s Geralt Compares To The Game’s

When Geralt casts Aard, he can emit a blast of telekinetic energy to stun, knock down, or push back any opponent in his way. But the sign isn’t only used against people or monsters. He can also use it to destroy any object or obstacles in his path.  This Sign is particularly useful in combat when he has to fight multiple creatures or people at once. When everyone attacks at the same time, he can use Aard to give a momentary pause in the fighting and disorient his opponents.

This is a powerful Sign that allows Geralt to inflict fire damage to his enemies. When casting Igni, a stream of fire ejects from his hands, lighting monsters on fire and melting armor. It can also be used passively to light lanterns for dark caverns. Igni is another essential Sign to use during combat. It not only lowers the health of any opponent, but has a lasting effect. Depending on the target, the creature or person could remain on fire for multiple seconds, allowing Geralt enough time to land an undefended attack.

Ydren is somewhat different from the other Signs Geralt can cast. This one is used as a kind of magical trap, which can snare and stun opponents. It can also slow then down to give Geralt enough time to attack. To fight some of the monsters throughout the Continent, this Sign is required in order to do any kind of damage to them. It’s only when Geralt casts Yrden and the creature steps into the trap that his attacks inflict any damage.

Geralt can cast this Sign as a defensive measure. Quen creates a protective forcefield around his body that blocks any damage coming from his enemies. It will last until it has absorbed the maximum amount of damage it can take. Strong, offensive action is mandatory in combat but defensive measures are also necessary. If Geralt is fighting many opponents at once, or fighting against someone stronger than himself, casting Quen is the best way to prevent taking too much damage.

Axii can be cast inside and outside of combat, especially when interacting with people before missions. This Sign is used to charm someone’s mind, allowing Geralt to influence their decision making. This Sign is very useful when dealing with people that refuse to divulge information, but it also has its limitations. While Geralt can force someone to talk to him with Axii, it only works on one or two people at a time. A larger group of people will notice him using magic and will react unfavorably.

While The Witcher on Netflix doesn’t go into much detail about the different Signs Geralt is able to cast, they are incredibly important in the video games. In the game, each Sign can be upgraded in multiple tiers, making Geralt a formidable force against any opponent.

Next: The Witcher: Nilfgaard History Fans Need To Know

Zoe was born and raised in New York City, and thrives among its creative chaos. She is avid entertainment news journalist, writing about anything from music and bands, to what’s new on Netflix. When she’s not writing, you can find her attending local concerts or getting muddy on a rugby pitch.