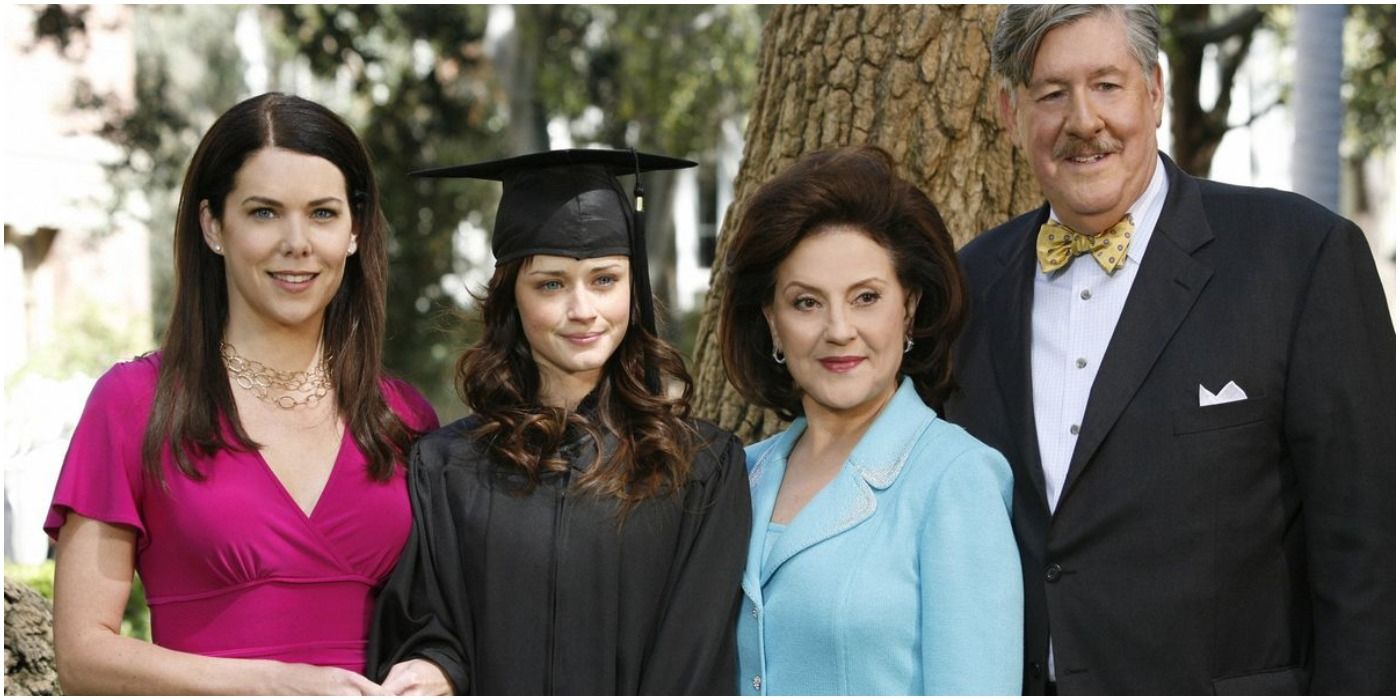 Everyone wishes that they had the mother-daughter relationship that Lorelai (Lauren Graham) and Rory (Alexis Bledel) have on Gilmore Girls. They share almost everything that goes on their lives, eat lots of junk food, and have a great time together. Even when they’re having a really tough time, it always seems like everything will work out just fine because they have each other.

RELATED: Which Gilmore Girls Character Are You Based On Your Chinese Zodiac?

The characters on Gilmore Girls are each funny in their own way and it’s a charming and beloved show. But some characters seem like they would be easier to get along with IRL than others, and not everyone is a favorite.

Logan Huntzberger (Matt Czuchry) is one of Rory’s major love interests and yet he’s not exactly the most popular character. Sure, he has his charming and funny moments, but when someone really thinks about it, Logan is an arrogant guy who is used to having everything handed to him.

It doesn’t really seem like Logan understands Rory as much as others do, and because of their class differences, they feel like a very mismatched couple. Logan is just too immature.

Richard Gilmore (Edward Herrmann) may love his granddaughter, but he doesn’t treat his daughter very well throughout all of Gilmore Girls.

He and his wife Emily are sweet together and their witty banter makes for a hilarious dynamic, and yet Richard isn’t an easy character to like. He cares more about making business calls than having family dinner, and he has a tendency to not listen to the person who is speaking to him. He can also be overly competitive.

Emily Gilmore is hilarious but this character, played by Kelly Bishop, has some major flaws.

RELATED: Gilmore Girls: 5 Reasons Season 1 Was The Best (& 5 Ways Other Seasons Were Better)

For one thing, Emily makes no effort to get along with her daughter Lorelai, and when she does, she only thinks about the situation from her own perspective. Furthermore, Emily yells at maids and other household help, never seems pleased, and is often off in her own world. While these things make her funny, she’s not the nicest person.

Rory’s first boyfriend, Dean Forester (Jared Padalecki), is a nice, simple guy. It never seems like the relationship will last forever since they are pretty different and have opposite views of what the future will hold — Dean wants to stay in a small town and Rory has huge dreams.

But Dean is pretty easy to like because he’s polite, respectful, was raised right, and tries his best to get along with everyone.

Milo Ventimiglia’s Gilmore Girls character, Jess Mariano, has a lot of charming qualities. He loves to read, he’s funny, he’s intelligent, and he keeps his uncle Luke on his toes.

And yet Jess isn’t quite as likable as some of the other characters who live in Stars Hollow. He can be self-absorbed and too cynical, and he’s pretty immature during his high school years. When Jess comes back to the cute small town for the Netflix revival, he’s much more mature and a lot wiser.

Lane Kim (Keiko Agena) and Rory have been best friends since they were little, and Lane is a great example of someone who makes mistakes and learns from them.

RELATED: 10 Mother-Daughter Movies For Fans Of Gilmore Girls To Watch

She embarrasses herself a lot in high school, even touching a boy’s hair because she likes him, and she struggles to balance her desire to be a regular teenager with her mother’s strict rules. Sometimes Lane is a little whiny and petty, but most the time, she’s clever and kind.

Luke Danes (Scott Patterson) is one of the most likable characters on Gilmore Girls. It takes him a while to warm up to new people and for the first season of the show, he’s gruff, short with others, and often in a bad mood.

But once he and Lorelai fall in love and he continues to get to know the town’s residents, he changes and becomes a little softer. Fans love Luke’s cynical personality and tendency to get annoyed at the smallest things.

Paris Geller (Liza Weil) manages to be very likable even though she starts off on the show as a real jerk.

She is mean to Rory at first because she’s simply envious of Rory’s smarts, but the two become good friends. No matter how much fans of the show want to dislike Paris, it’s not really possible. She’s so strong-willed and funny that she ends up charming viewers.

Melissa McCarthy is hilarious as Sookie St. James and she’s also an easy character to love.

Whether banging pots around the kitchen and making a total mess, only baking muffin tops, making sure to have Dean’s favorite cookies around, or helping Lorelai out, Sookie seems like such a good friend to have around. She’s like an aunt to Rory and when she and Jackson Belleville (Jackson Douglas) fall in love, Sookie becomes even more likable as the two are hilarious with how awkward they are together.

Rory Gilmore is such a kind person and that makes her one of the most popular characters on the show, which is good news since she’s one of the two main characters.

She always wants to do the right thing and she’s very goal-oriented and responsible. Rory really doesn’t have a lot of negative traits. If anything, she’s a little too shy and timid at times, but even that is charming.

Lorelai Gilmore is definitely the most likable character on Gilmore Girls. If that wasn’t the case, it doesn’t seem like the show would be as hugely popular as it is, since she’s its heart and soul.

Sure, some fans have pointed out Lorelai’s shortcomings. She can be selfish at times and isn’t always super nice to Sookie. However, Lorelai is more vulnerable and sensitive than she might originally seem, and she carries around a lot of wounds from her childhood. She feels that she was neglected by her wealthy parents, and that’s why she acts the way that she does. Otherwise, Lorelai is kind, fun and friendly, and she has such a clever wit that it’s impossible not to love her.

NEXT: Gilmore Girls: 5 Things That Changed After The Pilot (& 5 They Kept The Same)


Next
10 Pokémon That Would Be Better Left Un-Evolved

Aya Tsintziras writes about travel and pop culture. She loves coffee, barre classes, avocado, and watching TV. She lives in Toronto with her husband.