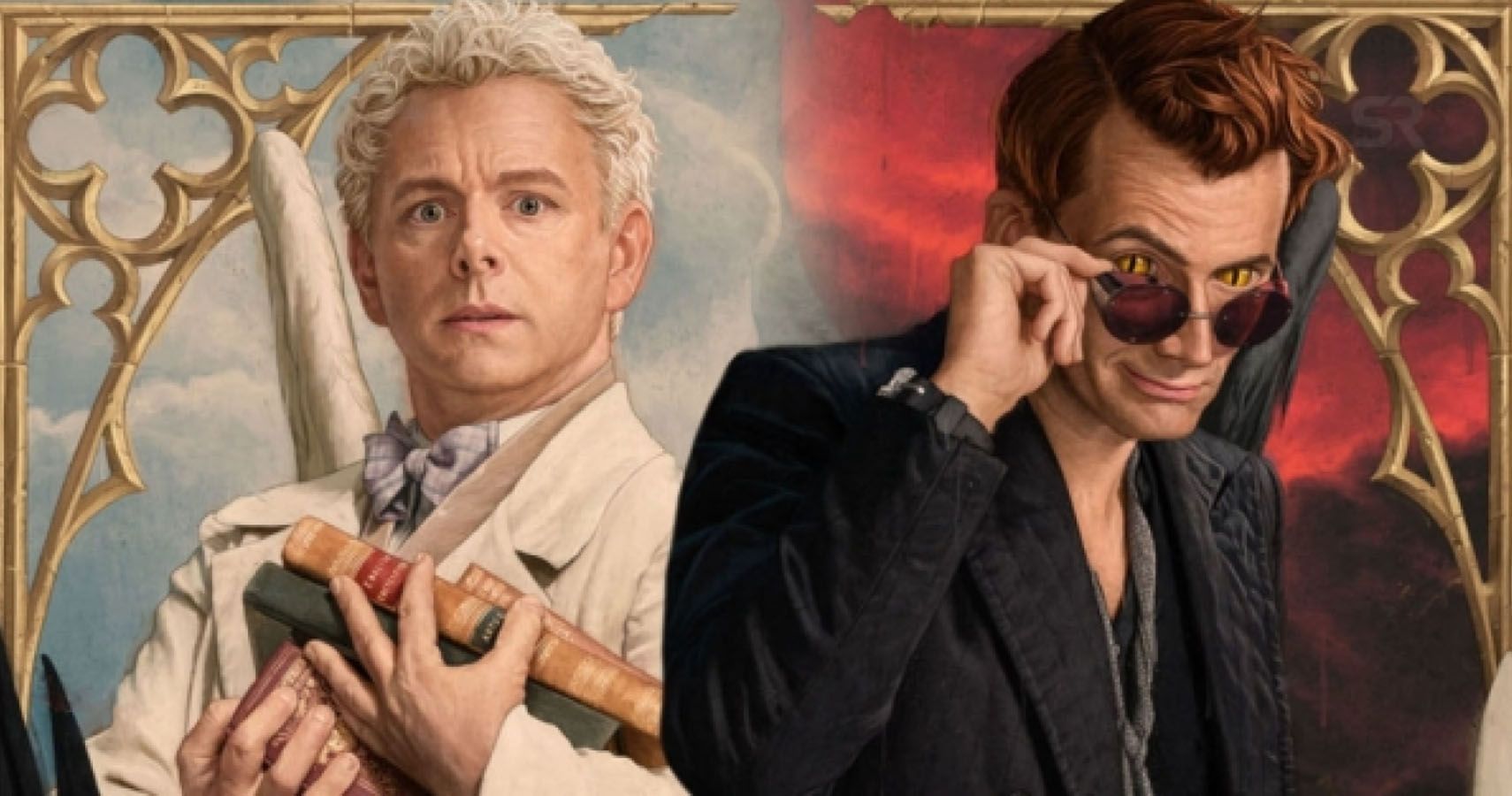 Anyone who has read Good Omens: The Nice and Accurate Prophecies of Agnes Nutter, Witch knows that a lot of charm — and information — comes from the little details. Reading between the lines to get to the literal subtext is important for lots of books, and this is especially true when it comes to adaptations.

Even though Good Omens, as a television show, is a universally well-loved adaptation, it still has to lose a few things in translation. Sadly, that’s the nature of adapting from text to screen. There are a few small details in the show that can truly only make sense if you’ve read the book before you’ve seen the show itself.

Why does Crowley listen to Queen so often? No, not The Queen; he listens to the literal band Queen constantly, and the band makes frequent appearances on the soundtrack. The show never quite head-on addresses why this is the case, but those who read the book have known why this is the case for years. It’s why fan playlists for Good Omens have long had countless Queen songs on them: any tape left in a car for longer than two weeks will turn into a Best of Queen album. Crowley often plays Queen in his Bentley simply because he has no other choice.

9 The Chattering Order Of St Beryl

Everybody knows about the Chattering Nuns in Good Omens. In the television show, that’s about as much as the audience gets to know about them. It’s fair; not everything can make it to television, and some things need to be cut for time. Brevity is the soul of wit. However, not finding out more about The Chattering Order of St Beryl is a loss. The satanic order of nuns have only one job, and that’s to swap out the Antichrist to be raised on Earth — and they still mess it up. They have a lot more backstory and information given in the book to be able to fully understand them while watching the show.

Who was that guy standing behind the counter? Eagle-eyed fans may have caught only a glimpse of him and not understood why he was there, but this is actually an entire fleshed-out part of the Good Omens book.

RELATED: Which Amazon Prime Series Should You Watch, Based On Your Chinese Zodiac?

It’s alluded to that one tabloid story is true, and that story is: “Elvis Presley was recently sighted working in a Burger Lord in Des Moines.” Later in the book, Famine visits a Burger Lord and decides to fire the cook, who’s singing “Love Me Tender” quietly to himself while grilling.

Crowley’s love of plants might not come across quite accurately in the show, since he’s mostly depicted as berating them. In all fairness, that is what he does in the book, as well; the readers just get additional narration on why, exactly, Crowley berates his plants like this. Crowley actually loves his plants so much and wants them to thrive that he tries to scare the best they can be out of them by shouting at them. He truly does love his plants very much, which might be hard to glean from the show alone.

It seems like Crowley makes a couple of references here and there in the show, perhaps alluding to the fact that he might enjoy movies and television more than the average demon might. In the book, though, this is more fact than allusion; Crowley outright loves pop culture, and comments that one of the only things humans have been good for has been making the movies he loves so much. He particularly likes action movies, it seems, and quotes them throughout the book both internally and externally.

5 The J In Crowley’s Name

Why does Crowley have the J in his name? His name is, supposedly, Anthony J. Crowley, and he says, both in the show and in the book, that the “J.” doesn’t actually stand for anything, but is just there to set him apart. The show leaves it at that; the book, however, goes a bit further and actually explains why Crowley found this action necessary.

There’s another famous A. Crowley he wants to set himself apart from: Aleister Crowley, who he refers to as “the famous occultist.” Now, there’s an A. Crowley (the occultist) and an A. J. Crowley (the demon). You’d think they’d get along better.

4 The Gun And The Dove

In the birthday party sequence for Warlock, a dove perishes in the course of Aziraphale’s magic act and needs to be revived. In the show, Aziraphale pulls off that feat; in the book, however, that’s Crowley’s responsibility, as he’s desperately trying to keep Aziraphale’s magic show from crashing and burning. The book even further fleshes out the scene and includes something that doesn’t end up in the show, but adds an extra element of danger: Crowley gets shot at by a security guard, though Aziraphale saves him at the last moment by turning the weapon into a water pistol instead. Discorporation is super inconvenient, you guys.

Newt Pulsifer’s joke about his car has a great deal of build-up in the book. For the unfamiliar, his car is named Dick Turpin, after the famous highwayman. He hopes that somebody, some day, will ask him why he’s named his car that, but nobody ever has. When Anathema Device asks him why his car is called Dick Turpin, he answers, “because everywhere I go, I hold up traffic.” Now, here’s the problem: this joke is way too niche to be unexplained. In the show, it goes unexplained; in the book, they’re actually able to explain what Newt’s talking about here. The show loses a lot when the book’s footnotes go, but the introduction of God as the narrator saves most (but not all) of those little details.

Crowley’s chase through the telephone lines had to be slightly adapted for the television show, of course, because the show is set in the present day. Telephone lines aren’t so much a thing anymore, and smartphones are the device that everybody actually uses to contact one another now.

In the show, the sequence is brief but exciting. In the book, however, this sequence is extended and features more of a battle between Crowley and Hastur. The end result in the call center, tragically, remains the same.

The book has a lot of tiny nods and small chaoses simply because it was written by Neil Gaiman and Terry Pratchett together. These two men feverishly passed segments of this book back and forth on floppy disks to create the final product that audiences know and love today. By necessity, it seems, the show was streamlined a bit to make more sense. However, losing those charming asides and the little details that Neil and Terry included will always be a bit of a blow to the charm of the story.

NEXT: Good Omens: How Each Character Is Supposed To Look

Nicole Mello is a fiction author who has been writing since before her memory was a functional thing. She now has four published works: Venus (2017), The Modern Prometheus (2018), Phantasmagoria (2018), and When She Saw What She Had Done (2019). She has her B.A. in Creative Writing from Lesley University. She currently resides in Boston, Massachusetts with her partner and two best friends. She daylights as a museum educator and a park ranger, and she loves to talk about history, space, movies, dogs, cryptids, true crime, and human rights. She wants to remind you to keep being yourself. Question everything. Stay hydrated.