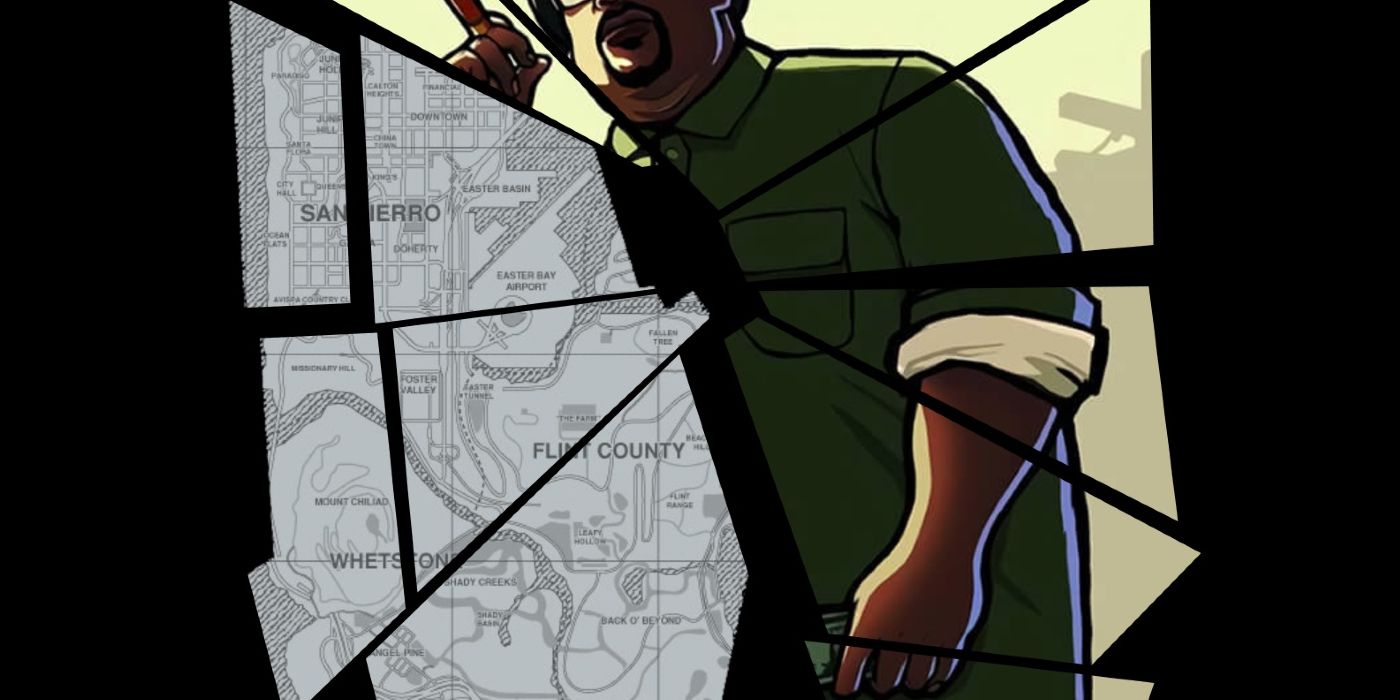 Rockstar Games’ old Grand Theft Auto websites were very fun to peruse, and before support for Adobe Flash ceases altogether one fan has recreated all four of the most popular Grand Theft Auto pages. From the somewhat simple map layout of Grand Theft Auto III‘s original pre-launch website to Grand Theft Auto: Vice City‘s fake police headquarters, one of the things fans of the Grand Theft Auto franchise loved best about these early titles is how Rockstar always attempted to immerse players in their world.

The in-game booklets for Grand Theft Auto III and Grand Theft Auto: Vice City acted as fake tourist pamplets, showing players some of the interesting locations they would be visiting and giving them outside looks at the characters they may encounter in their journey. The websites Rockstar Games created took this a step further (much like the in-game Rockstar websites which would become popular in games like Grand Theft Auto IV and Grand Theft Auto V) by showcasing music, weapons, vehicles, and even hiding clues about their games’ eventual plot.

Now, thanks to a user who goes by the name u/eduazy on Reddit, players who remember these iconic Grand Theft Auto websites (or new fans who want to see how the old games were marketed) can now explore full recreations of the Flash websites for Grand Theft Auto III, Grand Theft Auto: Vice City, Grand Theft Auto: San Andreas, and Grand Theft Auto IV. Unfortunately, just like the original versions from Rockstar Games, these websites are only available for desktop users, and are not properly formatted to work on mobile. Interested players can follow the link in u/edazy’s Reddit post, which is embedded below:

The amount of detail both Rockstar Games and u/edauzy put into these Adobe Flash Grand Theft Auto websites is impressive, with even the old voice lines from characters like Grand Theft Auto: Vice City‘s Colonel Juan Garcia Cortez making a return appearance. This isn’t just a recreation of the main landing sites for these former game web pages, but also all the subsections and animations, including Grand Theft Auto IV’s Liberty City Police Department Database.

With Adobe planning to end support for Flash later this year, there are a lot of websites, comics, games, and videos which will no longer function. While some effort is being made to preserve some of the more popular Adobe Flash games, it’s nice that there is such a large fan community for Grand Theft Auto that people are even willing to put in work in order to preserve the games’ old websites. As a window back into the way Rockstar used to market their products, and as a preservation of fan nostalgia, this websites by u/eduazy are definitely worth checking out.


PlayStation 5 Launch Titles So Far – What Games Will PS5 Have?
Related Topics
advertising

Christopher J. Teuton is an author, journalist, film director, producer, and video game developer based out of Savannah, GA, in the United States. He has developed multiple short story collections as well as two video games and one award-winning short film, and his Savannah-based media company Filthy & Free Publishing is responsible for a number of music videos, tours, books, and digital/physical media produced in the southeastern United States, including the popular two player sword-fighting card game, En Carde. Periodic updates on Filthy & Free Publishing’s latest projects, as well as unscripted and generally informative video game analyses, let’s plays, and retrospectives/spotlights are available via Filthy & Free Publishing’s YouTube page, and locally-produced physical media such as books, CDs, and En Carde decks can be purchased at filthyandfreepublishing.com.

When not working on his various projects or spending time with his family, Christopher J. Teuton mostly enjoys playing with dogs and climbing on trees.