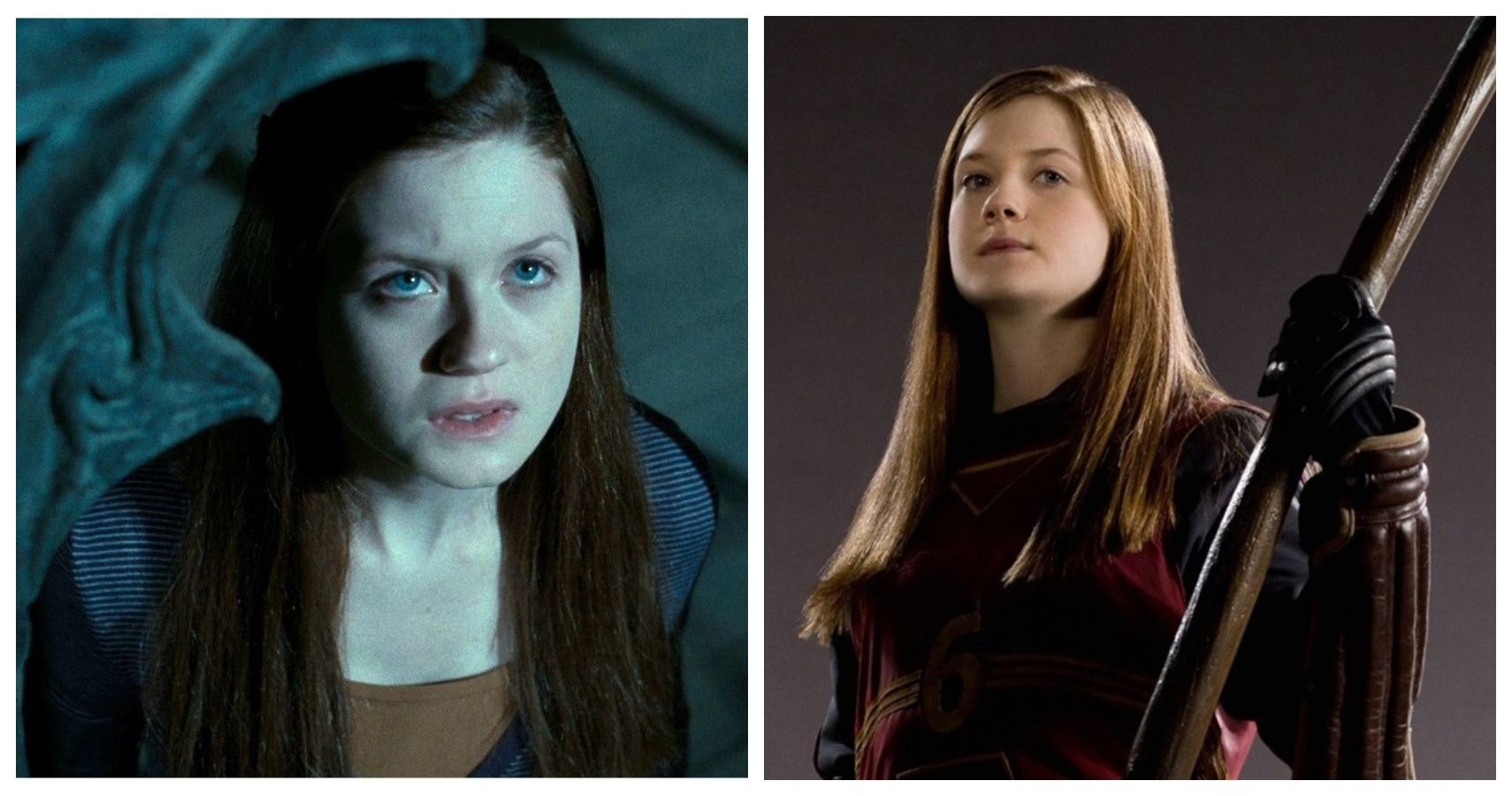 Ginny Weasley is a rather underrated character from the Harry Potter series. While she’s a minor character, she actually is rather skilled and interesting, and it’s a shame that she didn’t get more scenes. While she might not be the most talked-about character, many fans grew to love her as she got older and grew into her independence and confidence.

Because of this, there were some Ginny moments that fans found inspiring as well as others where they felt bad for her.

10 Felt Sorry: When she was super shy around Harry

When Ginny is young, she’s pretty shy overall and easily upset. She’s a sensitive child, and she ends up with a big crush on Harry.

She’s so freaked out by this crush that she can’t even act normal around him, and at one point she sends him a truly embarrassing singing Valentine. Seeing her struggle with her schoolgirl crush was definitely a bit sad and fans felt for her.

As Ginny gets older, it’s revealed that she’s a really skilled Quidditch player. She’s one of the best players on the Gryffindor team, and seeing her thrive at this sport was a great thing. She even goes onto play the sport professionally in adulthood as a member of the Holyhead Harpies.

This was inspiring as it showed that women in the wizarding world could be just as good of athletes as the men.

8 Felt Sorry: The times she was discounted for being young and a girl

Given that Ginny is the youngest of seven children and the only girl, it’s not surprising that many people don’t take her seriously. She’s also the only girl in the family, so it’s easy for people to assume that she’s weak or that she’s been babied.

For the most part, her older brothers get so much attention, especially big personalities like Fred and Geroge, that it’s no wonder she faded to the background somewhat when she was a kid.

7 Inspiring: Growing into her self-confidence and being a badass

While Ginny might seem like a young, timid kid, she grows to be a really confident and self-assured teenager. She’s definitely a more popular student because of her personality and her looks.

Seeing Ginny become her own independent person and stick out from the crown of her family was something that many fans enjoyed, and it was definitely a time where fans were rooting for her.

6 Felt Sorry: Nearly dying in the Chamber of Secrets

One of the most traumatic things that ever happened to Ginny is when she is manipulated by Tom Riddle Jr. through his diary and nearly dies because of this.

She’s young and impressionable at the time, and she becomes a victim of young Voldemort’s manipulations. When she is left to die in the Chamber of Secrets, it was a really stressful moment, and she likely had to go through a lot of time and help to recover from that.

5 Inspiring: Going with Harry and the others to help rescue Sirius

While Harry’s closest friends might be Ron and Hermione, he has another few close friends who are very loyal to him. Ginny, Neville, and Luna are also always there to help and support Harry whenever they can.

Ginny is loyal and courageous, and she’s willing to put her life at risk to go with Harry when he thinks that Sirius is being held by Voldemort in the Department of Mysteries.

4 Felt Sorry: When the trio left her behind

Given that Harry and Ginny were seriously dating for much of Harry’s sixth year at Hogwarts, it seemed pretty depressing when he broke up with her and left her behind to go on the Horcrux hunt.

Ginny had always shown she was loyal, capable, and skilled, and there’s no real reason why she couldn’t have come to help the trio with this task. She seemed rather resigned about the whole thing, and it was a sad moment.

While Ginny might not have gone with the trio, she did play an important role back at Hogwarts. Along with the help of Luna and Neville, These three re-started and led Dumbledore’s Army under the very noses of the Carrows.

This would have taken even more bravery than it took for the trio to start up the organization in the first place.

The most tragic thing that ever happened to the Weasley family and to Ginny was when Fred died during the Battle of Hogwarts.

Given how close the Weasley’s are, this was an extremely sad moment. Ginny was always close to her older twin brothers, and this would have been a devastating blow. This kind of grief is intense and sad, and fans felt bad for every member of the Weasley family when this happened.

1 Inspiring: Fighting in the Battle of Hogwarts

Even though Ginny is still just a teenager and not even 18 at the time of the Battle of Hogwarts, she participates and helps fight against Death Eaters.

She’s obviously very committed to the fight against Voldemort and his followers, and she is brave enough to put herself in a very dangerous situation to try to help and do the right thing. This was definitely one of her most inspiring moments.

NEXT: Harry Potter: 5 Times Hermione Was Inspiring (& 5 Times Fans Felt Sorry For Her)


Next
Which Quentin Tarantino Character Are You Based On Your Zodiac Sign?

Amanda is a freelance writer in NYC. She is a professional writer and storyteller who loves TV, activism, and fandom. She would definitely die for Captain America.

Halloween at Home with Dark Matter TV
Lesley Stahl Gets Security Due to Death Threat After Trump Interview
‘Without A Body’ is Available Now from Midnight Releasing
TUNE IN: Midnight Pulp Gores up for Halloween
The Chainsmokers Talk Hitting “Reset Button” On Music & Social Media